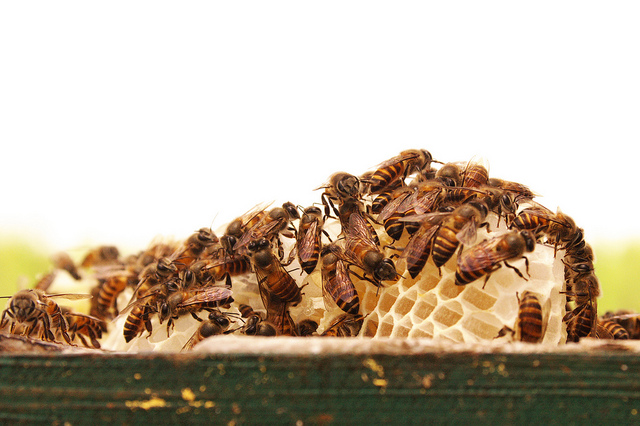 Where there was once the hum of coal mining machines in Central Appalachia, there's a new sound in the region: the buzzing of bees.

Southern West Virginia has been hit hard by the decline in the coal industry. The poverty rate there is as high as 28 percent in certain areas, and unemployment in some counties is more than twice the national average, writes the Washington Post.

To combat those statistics, theAppalachian Beekeeping Collective is training West Virginians in 15 counties to keep bees, potentially adding $732 to a keeper's income per hive per season, writes NPR.

The Appalachian Beekeeping Collective is a program of Appalachian Headwaters, a nonprofit founded in 2016 with funds from a $7.5 million settlement against coal mining company Alpha Natural Resources for violating the Clean Water Act. The organization's primary goal, according to their website, is "to develop sustainable economic opportunities while restoring damaged ecosystems in central Appalachia."

So far, 35 West Virginians have been trained as beekeepers through the program, and an estimated 50 more have signed up for classes to begin in the coming months. Graduates of the program receive beehives for free or at a reduced cost, and ongoing training mentorship.