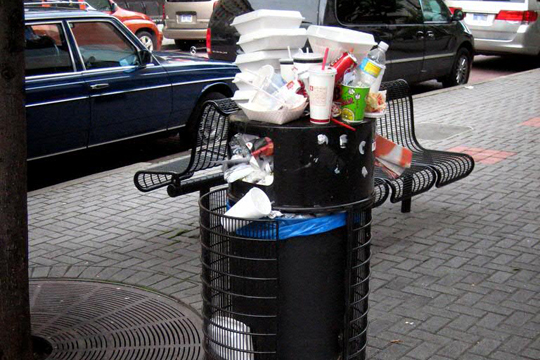 Despite a summer of unprecedented drought and a faltering global economy, according to a study released earlier this month, Americans are wasting nearly 40 percent of their food.

The Natural Resources Defense Council -- a non-profit, non-partisan environmental advocacy group -- said that Americans throw away about $165 billion of uneaten groceries each year. This averages out to about 20 pounds of food per person each month, a figure that has jumped 50 percent since the 1970s.

What Can We Do?

The study suggests solutions at every step of the supply chain and food preparation process, from the farmstead to your dinner table.

Grocers and manufacturers, for example, could dispense with "best by" dates that don't actually indicate expiration. Some dates are merely suggestions for freshness and flavor, or may be used for marketing only. These labels are not regulated in the US, but in the UK, many such "sell by" dates have been legislated away. "Best before" dates are allowed to stay, as they give consumers a suggested window of optimal freshness, and "use by" dates indicate when the food product is actually most likely to expire.

To reduce household food losses, the study recommends that consumers plan more efficiently and learn a little more about how to recognize expired food. Making and sticking to a grocery list, avoiding impulse purchases, and preparing smaller portions are all recommended techniques to reduce wasted food in your home.