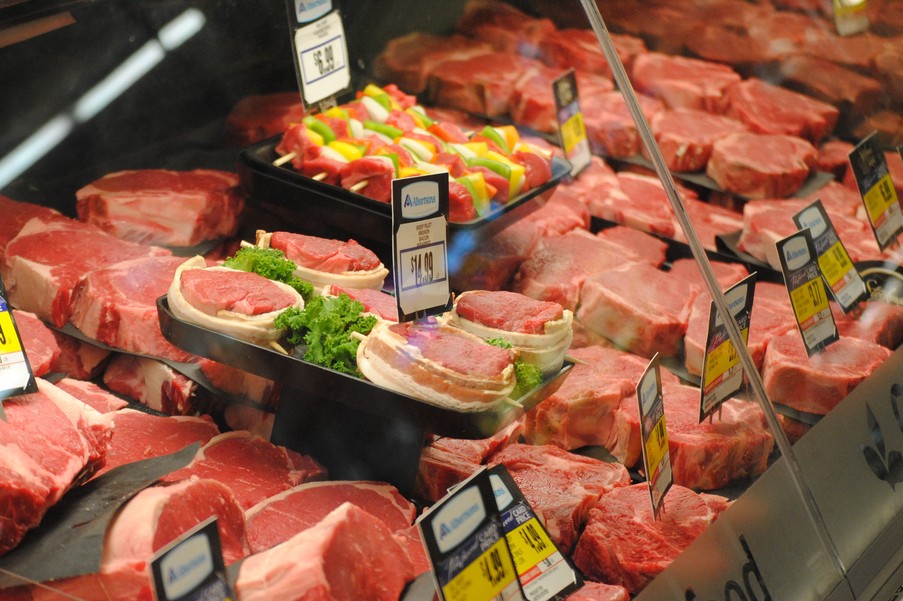 Beef consumption in the United States has reached its lowest point in 50 years, according to the Daily Livestock Report.

Meat consumption generally, including pork and poultry, is at its lowest since 1975.

The Report projects that the average American will consume 12.2 percent less meat in 2012 than they did in 2007.

Prices Up, Sales Down

The cost of beef has increased steadily over the past several years due to a number of factors.

The DLR points out that government subsidies on corn for ethanol have reduced the amount of domestic corn that gets grown for feed. This has caused the price of feed to increase -- an expense that farmers must pass on to consumers.

Foreign markets also play a major role, especially when it comes to beef. In the late 1990's and early 2000's, markets like Japan and Europe closed their doors to US beef because of worries about mad cow disease. Since 2003, however, worries have subsided, and those countries have gradually increased their American beef imports.

Also, countries like India and China are getting richer and becoming able to afford more meat than in the past.

All of these exports have thinned the supply of domestic meat for American markets and driven up prices accordingly.

Tastes, They Are A-Changin'

Food policy critic Mark Bittman makes the claim that the most compelling reason for the decline in sales is simpler than we imagine:

People are, for whatever reason, choosing to eat less meat.

He points out that "flexitarianism," an eating style where people choose to eat less meat without going fully vegetarian, was identified by the DGWB Advertising and Communications' Values Institute as one of the top five consumer health trends of 2012.

Bittman also points to an Allrecipes.com survey of 1,400 members found that a third of home cooks ate less meat in 2011 than in 2010.

The Daily Livestock Report argues that the decline of meat sales is due in part to a forty-year "war" waged by the government and various non-governmental organizations against meat consumption.

While it's true that various independent organizations have advocated vegetarianism for different reasons, Bittman turns down the claim that the government has waged a war on meat.

In fact, he argues, the government seems to have worked hard to support the meat industry by subsidizing corn and grain fed to livestock, having very little regulation regarding animal abuse in industrial meat farms, "fail[ing] to curb the stifling power that large meat packers have over small ranchers," and even buying $40 million in surplus chicken products to help reduce a surplus and boost retail prices.