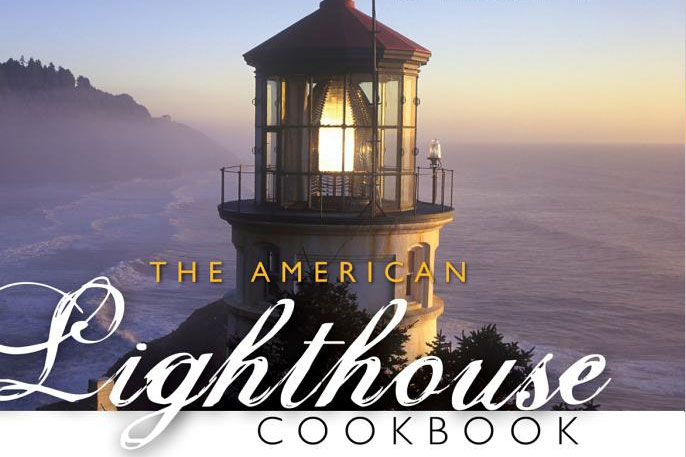 Chef Ed Jackson calls lighthouses the cathedrals of America. "They're like American heroes," he says.

Jackson and Becky Sue Epstein have released a new cookbook, The American Lighthouse Cookbook, that celebrates stories and recipes from America's shorelines.

Jackson says lighthouse keepers were the ultimate locavores because they were required to stay close to the lighthouse. "You had to get your food right out the ocean or from your backyard," says Jackson.

The cookbook features recipes and stories from 47 American lighthouses, from Massachusetts to Puerto Rico to Hawaii.

One of Epstein's favorite recipes is the Chicken, Peanut and Sweet Potato Stew inspired by the Biloxi lighthouse. Built in 1848, it was operated by several different women until 1939 when the U.S. Coast Guard then assumed responsibility for the light's operation.

A typical Sunday family supper at the Biloxi lighthouse would also include braised greens stems, cheddar cheese grits and scallions with a slice of sweet potato pie -- no seafood in sight. Epstein says this is because they ate what was most readily available from their garden, which could also include a small chicken flock.

"Just because you lived in a lighthouse didn't mean you ate fish every single day," she says.