Ag Industry At Odds Over Pesticide Studied In Bee Deaths 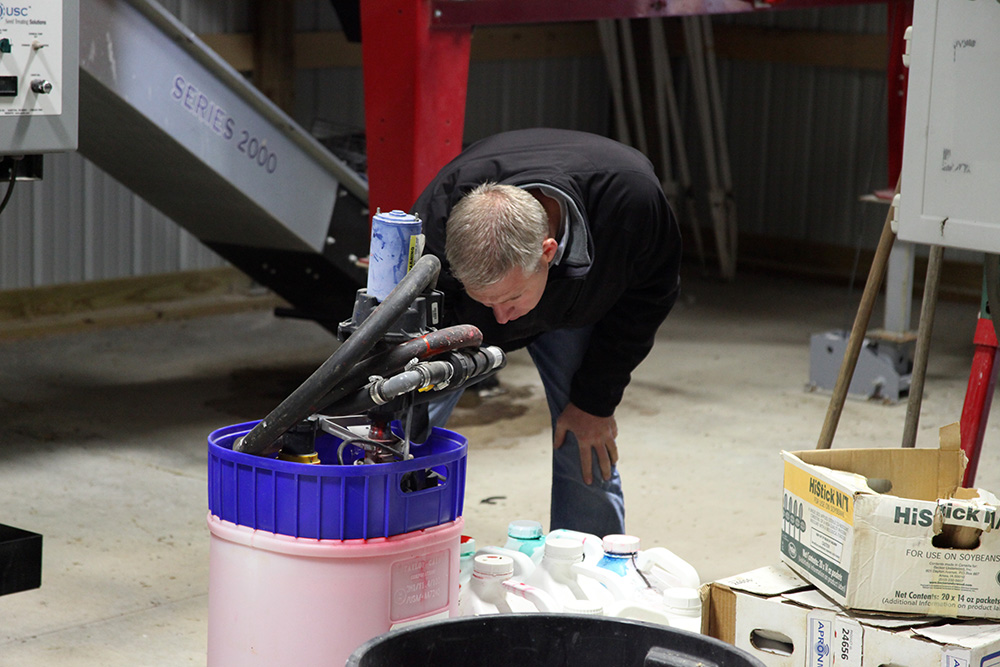 A class of pesticides commonly used on Midwest farm fields that have been linked to the destruction of bee colonies may not be as effective against corn and soybean pests as many once thought, according to a U.S. Environmental Protection Agency report.

Initially, the pesticides, called neonicotinoids or "neonics," were developed in the early 1990s to fight wireworm and bean leaf beetles. Many corn and soybean seeds are treated with the pesticides to keep these bugs away in the spring while the seed sprouts.

But researchers like Iowa State University's Mary Harris worry spring time is when dust from the neonicotinoids treatment lands on blooming plants. The bees forage from these plants and take that pollen back to the hive.

"At this time they are trying to start up the first brood for the year," she said. "If they're bringing back contaminated pollen, that's what they're feeding the first brood."

Neonicotinoids kill certain grubs, aphids and beetles; not bees. But Harris says nonlethal exposure still hurts the bees and may contribute to over-winter losses. While some losses in bee hives are normal, nearly a third of all bees nationwide died annually over the last eight years, jeopardizing the vital pollinator population.

Farmers latched on to the neonicotinoid treatments, though, and now 40 percent of the soybean seeds in the U.S. are treated with the pesticides.

Now, the Environmental Protection Agency is calling the pesticide's efficacy into question. After studying 64 test plots of soybeans, the agency did not see a significant difference in yields between those planted with treated seeds and those without treatment. In fact, it found that the treatment was only effective in the soil within the first 3-4 weeks of planting.

The seed industry largely still supports the treatments. Peter Nowak, a seed researcher for Ag Informatics, looked at the economic benefits of neonicotinoids. Funded by several seed companies, including Syngenta and Bayer, his team studied more than 400 soybean plots and found about a 3 percent yield increase when neonicotinoids were applied to the seeds.

"It is very significant to the producers that are taking advantage of the yield enhancement," he said. "And the safety, the convenience, the time and labor saving associated with it."

When it comes down to it, many growers use neonicotinoids as insurance. It helps them sleep at night thinking their crops are protected and that there's a less likely chance they'll have to replant â€“ which costs a hefty sum.

The treatment is expensive, however, and it could hurt bees. So does it work or not? At this point, farmers can't be sure.

Seed distributor Seth Ricketts of Salisbury, Mo., says over the past decade he's seen increased interest and sales of the neonicotinoids treatment.

"I see it fluctuating a little bit with soybean prices," he said. "If we have really high soybean prices that return on investment changes. It takes fewer bushels to pay back that investment so it's easier to make."

About 70 percent of his seeds are treated with pesticides. And until he sees a change in demand, most of the seeds he sells will have the pesticide coating, new EPA report or not.

Iowa State's Mary Harris says she thinks farmers may change their neonicotinoids use by the 2016 planting season. The EPA has already announced its plan to restrict neonicotinoids use during certain times of the year and it has fast tracked its study on the pesticide's effect on pollinators, after encouragement from the Obama Administration.

"Neonicotinoids are being reexamined and they're moving up the date for releasing some of their analyses," Harris said.

If federal research connects the pesticide to bee die-offs, Harris says farmers will have to return to scouting their fields more often for insects looking to score a free meal.