Agritourism A Growing Opportunity On The Farm 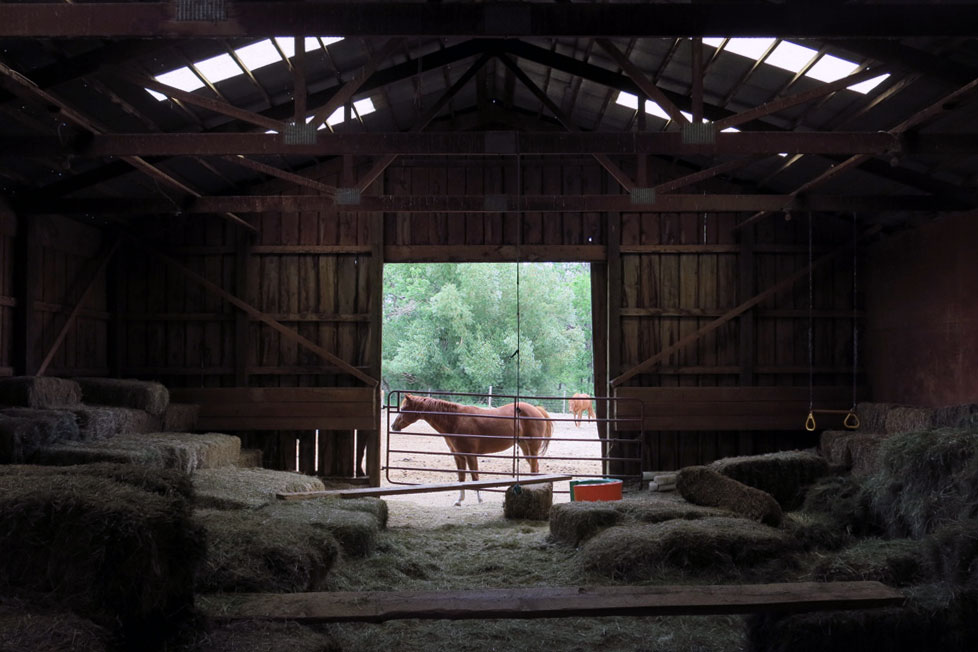 Farms aren't just for food any more. With the local food movement growing growing, more savvy farmers are putting a price tag on more than those organic tomatoes. They are instead marketing and selling the "farm experience" in the form of agritourism attractions.

In the five year span from 2007 to 2012, the number of U.S. farms catering to city folk went up 42 percent, bringing in more than $700 million, according to the latest Census of Agriculture. Since 2007, the amount of money brought in under agritourism rose by 24 percent.

Power players California, Texas, New York and Colorado lead the pack in states with the biggest agritourism industries. But nearly every state in the country has seen increases in the number of farms that welcome city dwellers to play on their property, and subsequently, the revenue they bring in from visitors.

Agritourism has been around in some form for decades. Wine tours, pick-your-own-fruit orchards and hay rack rides are so-called "agri-tainment" staples in rural areas across the country. But with interest in food and farms growing, so too has the demand for a more authentic farm experience, and some farmers have been ready to capitalize.

"Public interest is just continuing to not wane on wanting to be reconnected, so some of it is demand driven," said Dawn Thilmany, and agricultural economist at Colorado State University.

You see a lot of policies coming into play where they're going to encourage and try to make it as easy as it can be for farmers and ranchers to do this and I think that'll be a win for everybody.

Some agritourism growth ties directly back to the local food movement, Thilmany said. Farmers markets continue to grow. Community gardens are now mainstream. Modern homesteading has taken hold. The next extension of that, Thilmany said, is to actually get onto a working farm and participate.

Instead of relying solely on income from selling their products, farmers can charge for experiences.

But farms can be dangerous places. A decade ago, many farmers were wary to welcome people onto the property, fearful of expensive lawsuits if an accident happened. Now, more states are becoming agritourism-friendly and limiting that liability, which means more farmers are finding extra dollars in inviting guests.

"You see a lot of policies coming into play where they're going to encourage and try to make it as easy as it can be for farmers and ranchers to do this and I think that'll be a win for everybody," Thilmany said.

The local food economy is getting more competitive. More stands at the farmers market means more farmers competing for the local food dollar. Same is true for operations with farm to table dinners and farm camps. To compete, many farms are either adjusting their prices, or becoming innovative in what they offer.

Summer Camp On A Farm

On a warm summer day in June, three siblings, Bailey, Brooke and Blake Bohlender chased clucking hens through the yard at Laughing Buck Farm outside Fort Collins, Colo. They had recently finished a three-day stint at the farm's annual summer camp.

Those are new experiences for kids who have had little exposure to farm life, growing up in a midsize city. The campers at Laughing Buck get to do the mainstay summer camp activities, playing music or making arts and crafts, but with an agricultural twist. Snack time is held in a hoop house. The hay barn is outfitted with a playground. And the camp has been a hit. Laughing Buck's owner Rosemary Jedel Graff says she can barely keep up.

I think part of it is fueled by the local food movement and the parents who become more aware want their kids to connect to the source of their food.

"We just keep adding," Jedel Graff said. "We've done one thing. And, ‘Oh, wow, this is full.' Let's add one more. ‘Oh. How about a home school class for older kids? Oh, that's full too. How about square dancing?'"

Jedel Graff says several years ago she unknowingly tapped into a demand for on-farm experiences. Laughing Buck started off with chickens and goats, selling eggs to neighbors.

"I think part of it is fueled by the local food movement and the parents who become more aware want their kids to connect to the source of their food," Jedel Graff said.

The farm has quickly turned into a community gathering place, which is a form of marketing, Jedel Graff said. If you can draw city dwellers to the farm, they might end up buying something else like a bar of goat's milk soap or a carton of eggs.

"I think the events are good for that," Jedel Graff said. "Because we have our square dancing. We have a big artisan fair in the fall, where we just try to bring in the community and they're here and they get a sense of what we do."

It worked on the Bohlender siblings' mom, Kristi. She spent summers on her family's farm in Western Nebraska.

"That was always my favorite thing growing up," she said. "Going back for a month every summer and staying on the farm. And I was kind of looking for that same experience for these kids and here we are."

Now that she's gotten to know the farmers at Laughing Buck, it will be hard to stay away.

"I have a feeling we'll be back there to buy eggs, now that we know all the egg producers," Bohlender said.

Though she says it might be a while before she commits to square dancing.