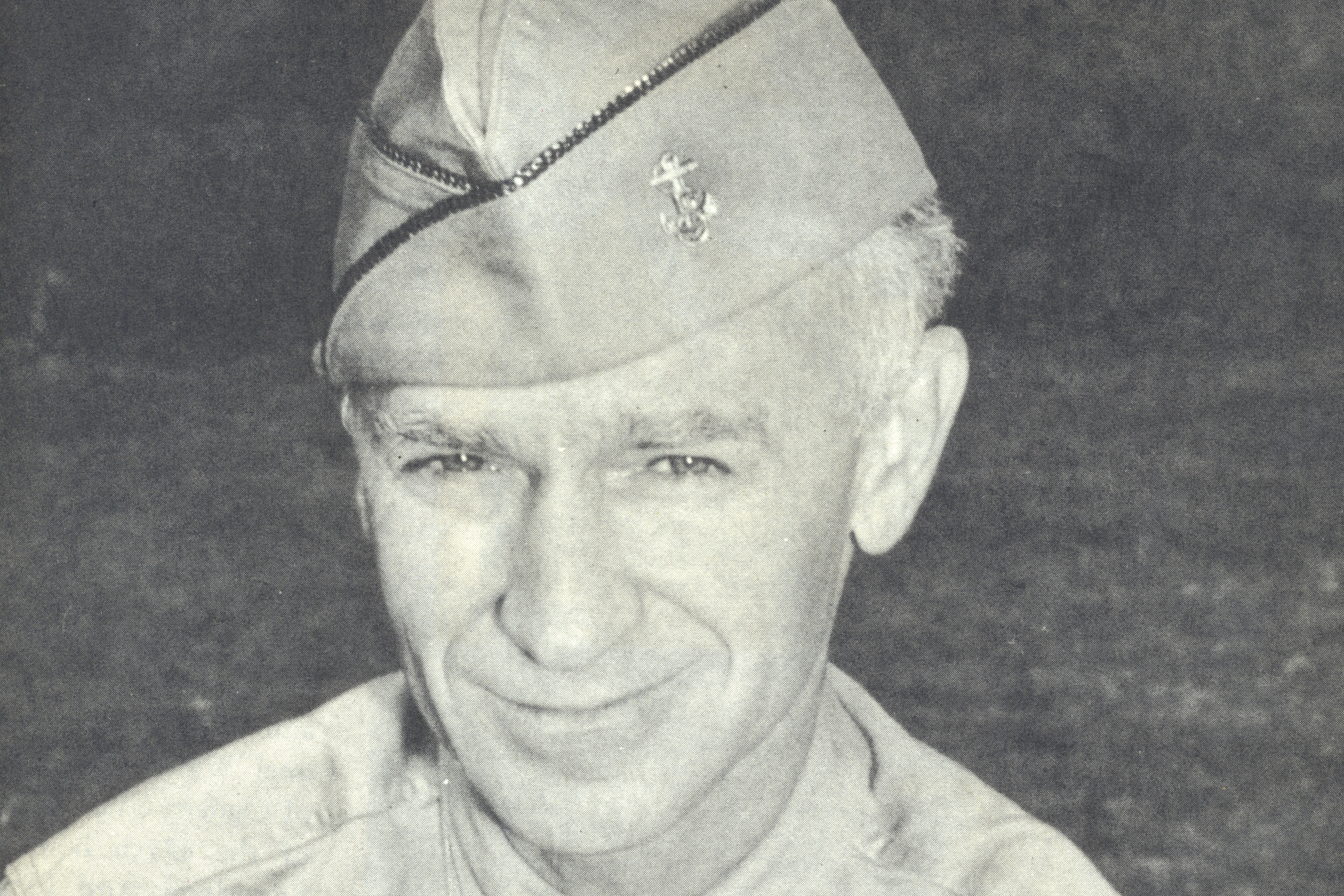 Recently several of the world’s leaders gathered in Normandy, France to mark the 75th anniversary of the D-Day landings in June 1944 that reshaped the outlook of World War II and helped the Allied forces establish a critical foothold back onto French soil after more than three years under German occupation. Today those windswept beaches stir restless feelings among tourists who come to walk these grounds that are still considered hallowed by the French people and by those in many other nations around the world.

The WTIU production team is also visiting this and many other European battle sites this year as part of a new documentary program that celebrates the life and works of the great war reporter, Ernie Pyle, who, perhaps more effectively than any other reporter of his or any other generation, captured the physical and emotional toll of the battles of WWII on the common G.I. soldiers. Ernie Pyle: Life in the Trenches, a new 90-minute WTIU documentary, will debut in March 2020, just in time for many of the 75th-anniversary tributes to the end of World War II.

In his famous Normandy columns, Pyle spoke of “taking a walk along the vast beaches” off the coast of Normandy and noted, almost casually, yet with laser-like intent, on the “many bodies apparently sleeping on the beach, some of them sleeping forever…” with passing commentary of how the waves seemed—capriciously, almost carelessly—to sweep some of the bodies of the dead Allied soldiers lying along the edge of the beach right back out to sea, and then suddenly, returning them to the shore again a bit further away, at another location several yards away.

For Pyle, the cost of war, in human lives, as well as the incredible financial, social and cultural expenses, should never be lost in an overall conversation about the amount of land gained or political victories won during the battles being waged during WWII. In this new documentary, not only does our production team spend time sharing many of Pyle’s most powerful words about war and the everyday foot soldiers who waged those bloody battles, but also, we spend moments in communion with the memorials staged along many of those most famous world battle sites, from London to Normandy to Paris, and from San Pietro to Anzio to Rome. All this, in addition to many of the locations where Pyle wrote so many of his whimsical travel columns throughout the United States telling extraordinary stories of ordinary people in his U.S. dispatches during the Great Depression.

There is probably no better storyteller who captured the heart and soul of the United States “everyman” during tumultuous periods of our history. His life and writing continue to inspire us even today, as we remember him on the 119th anniversary of his birth and on the second annual Ernie Pyle Day. Ernie Pyle: Life in the Trenches helps celebrate not only the story of Pyle, but also the story of the country and world he chose to illuminate through his writing.

Todd Gould is a Senior Producer/Director at WTIU in Bloomington, Indiana. Ernie Pyle: Life in the Trenches debuts on WTIU in March 2020. Watch a preview: