Celebrate The Summer Of 1969 On WTIU 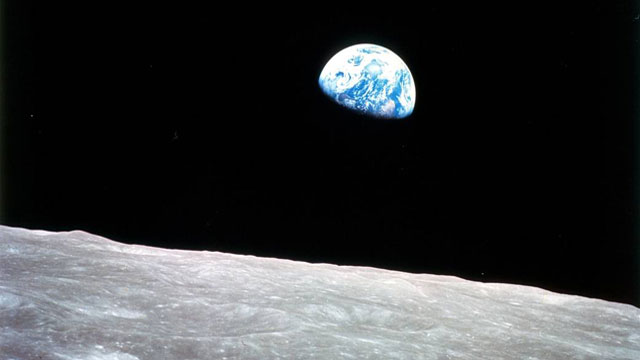 PBS is telling the story of ’69 with a special summer slate commemorating the cultural milestones and technological triumphs of 50 years ago.

Celebrating the golden anniversaries of pivotal moments and movements in U.S. history – gay liberation, the lunar landing and Woodstock – PBS will premiere new specials and limited series, including THE LAVENDER SCARE (Tuesday, June 18, 9pm), the epic three-part “Chasing the Moon” on AMERICAN EXPERIENCE (Monday, July 8 – Wednesday, July 10, 9pm), 8 DAYS: TO THE MOON AND BACK (Wednesday, July 17, 9pm), “Woodstock: Three Days That Defined a Generation” on AMERICAN EXPERIENCE (Tuesday, August 6, 9pm) and more, throughout the summer.

In addition, PBS is dedicating the entire month of July to commemorate the wonder and awe of the universe with its previously announced “Summer of Space” multiplatform experience. Viewers can watch on PBS stations, PBS.org and the PBS Video App (check local listings) to explore one of the most critical and eventful periods in American history.

“Our summer programming slate celebrates discovery, embraces pioneers and risk-takers, and encourages our viewers to explore new worlds and expand their horizons,” said Perry Simon, Chief Programming Executive and General Manager of General Audience Programming, PBS. “As America’s home for documentary film, we are excited to share 1969’s monumental moments through a creative and thought-provoking collection of new programs. We hope to ignite and inspire the next generation of leaders and visionaries.”

PBS’ homage to the summer of ’69 begins with a reprise of “Stonewall Uprising” from AMERICAN EXPERIENCE on Tuesday, June 11 at 9pm, offering viewers an opportunity to explore what happened when police raided the Stonewall Inn on June 28, 1969. The streets of New York City erupted in violent protests that lasted for days, marking a major turning point in the modern gay civil rights movement. The beginnings of the LGBTQ rights movement – a decade earlier – is documented in THE LAVENDER SCARE. Premiering on Tuesday, June 18 at 9pm ET, the film shares the untold story of how tens of thousands of homosexual federal workers were either fired or denied employment in the 1950s, stirring outrage in the gay community.

The most monumental achievement of 1969 occurred on July 20, when Apollo 11 astronauts Commander Neil Armstrong, Lunar Module Pilot Buzz Aldrin and Command Module Pilot Michael Collins became the first crew to successfully land on the moon. With an audience of more than half a billion watching on television, Armstrong planted his foot on the moon and famously proclaimed, “That’s one small step for man, one giant leap for mankind.”

To honor this incredible feat and its 50th anniversary, PBS is offering more than 15 hours of new science and history programming with “Summer of Space,”anchored by the epic and highly anticipated “Chasing the Moon” on AMERICAN EXPERIENCE. The three-part, six-hour film tells the entire story of the space race, from its earliest beginnings to the first lunar landing. Written and directed by Academy Award nominee Robert Stone, “Chasing the Moon”relives the journey that defined a generation. This special event premieres Monday-Wednesday, July 8-10, 9-11pm and the trailer is available online.

Viewers will also take a unique journey with the crew of Apollo 11 for their eight-day, three-hour, 18-minute and 35-second mission in 8 DAYS: TO THE MOON AND BACK, a new BBC Studios documentary co-produced with PBS. Premiering Wednesday, July 17 at 9pm, the film seamlessly blends authentic, rare mission audio featuring candid conversations between Neil Armstrong, Buzz Aldrin and Michael Collins with newly shot studio footage, NASA and news archive, and stunning CGI recreation of the historic journey and landing to tell this amazing story in a riveting new way.

Premiering Wednesday, July 24, limited series ANCIENT SKIES (8pm) and NOVA “The Planets” (9 and 10pm) tell stories of the human quest to understand the universe.  In the three-part ANCIENT SKIES (July 24 – August 7), audiences will discover how centuries of knowledge, experimentation and engineering helped our ancestors explore outer space. Expert contributors demystify astronomical myths with scientific explanations. The five-part NOVA “The Planets” (July 24 – August 14) tells the dramatic story of our solar system, spanning billions of years through the discoveries of the most groundbreaking space missions.  The series treats viewers to an up-close look at faraway worlds, including Saturn’s 45,000-mile-wide rings, Mars’s ancient waterfalls and Neptune’s winds—five times stronger than any hurricane felt on Earth.

“Summer of Space” also features new episodes of several viewer favorites, including SECRETS OF THE DEAD “Galileo’s Moon” (Tuesday, July 2, 8pm), ANTIQUES ROADSHOW “Out of This World” (July 8, 8pm), NOVA “Back to the Moon” (Wednesday, July 10, 8pm), and encores of popular specials like A YEAR IN SPACE (Wednesday, July 17, 8pm) and BEYOND A YEAR IN SPACE (Tuesday, July 30, 10pm). Additional celestial-based programming is available by visiting the “Summer of Space” interactive hub on PBS.org, which also invites viewers to submit videos, photos, audio recordings and text entries sharing how they experienced the Apollo mission or their passion for space exploration.

Another touchstone during this transformative year was the Woodstock Music and Art Fair—considered the most famous of rock festivals in the 1960s—held on a dairy farm in Bethel, New York in mid-August. In “Woodstock: Three Days That Defined a Generation,” AMERICAN EXPERIENCE brings the three-day concert to life through the voices of those who were present during what became the defining moment of the counter-culture revolution. The film premieres on Tuesday, August 6 at 9pm.

In addition to honoring 1969, PBS’ summer programming provides a window into the worlds of the arts, music, science, history and more.

On Friday, June 14 at 9pm, take the stage with playwright and LGBTQ activist Terrence McNally for a look back at his remarkable career during the premiere of AMERICAN MASTERS “Terrence McNally: Every Act of Life,” followed by the 10:30pm debut of PBS PREVIEWS: COUNTRY MUSIC, a behind-the-scenes look at COUNTRY MUSIC, the sweeping new series from director Ken Burns.

MASTERPIECE delivers all new episodes of two popular mystery series. Premiering Sunday, June 16 at 9pm, the sixth season of “Endeavour” is set in 1969, as the case of the tragic murder of DC George Fancy remains unresolved. James Norton makes his final appearance as Sidney Chambers and Tom Brittney (“Outlander,” “Call the Midwife”) steps in as new vicar Reverend Will Davenport in the fourth season of “Grantchester,” premiering Sunday, July 14 at 9pm. New season previews are available online: “Endeavour” and “Granchester.”

PBS tackles the headlines in June with POV’s “Roll Red Roll,” an in-depth look at the assault of a teenage girl by members of a high school football team. Premiering Monday, June 17 at 10pm, the 90-minute special uncovers the deep-seated and social media-fueled “boys will be boys” culture at the root of high school sexual assault in America.

Twenty years after the transformative summer of 1969 in the United States, a more tumultuous time changed China forever. TIANANMEN: SEVEN WEEKS THAT CHANGED THE WORLD, premiering Tuesday, June 25 at 9pm, reveals the true story of June 4, 1989 – the day a violent and bloody pro-democracy demonstration ended, leaving thousands dead and laying the foundation for China’s future.

In a first-ever co-production partnership, PBS and Smithsonian Channel will simultaneously debut WHEN WHALES WALKED: JOURNEYS IN DEEP TIME, a two-hour film tracing the evolutionary secrets of some of the world’s most majestic creatures, from crocodiles and birds to whales and elephants, on Wednesday, June 19 at 9pm.  Also debuting on June 19 at 8pm, the three-part BBC co-production RIVERS OF LIFE will explore the extraordinary animals, epic landscapes and remarkable people who live alongside three iconic rivers – the Amazon, the Nile, and the Mississippi.

A CAPITOL FOURTH, the country’s longest-running July 4 national broadcast tradition, airs from the West Lawn of the U.S. Capitol at 8:00 p.m. ET.

PBS will round out its summer lineup with a new three-part series, FAMILY PICTURES USA (Monday, August 12, 9pm and Tuesday, August 13, 8-10pm), which explores American cities, towns and rural communities through the lens of the family photo album. MAGICAL LAND OF OZ (Wednesday, August 28, 10pm) is a three-part series about Australia’s magical wildlife. Closing out the summer is BIG FAMILY: THE STORY OF BLUEGRASS MUSIC (Friday, August 30, 9pm), a historical account of the generational, cultural and geographic reach of bluegrass music, featuring Ricky Skaggs, Alison Brown, Bela Fleck and more.