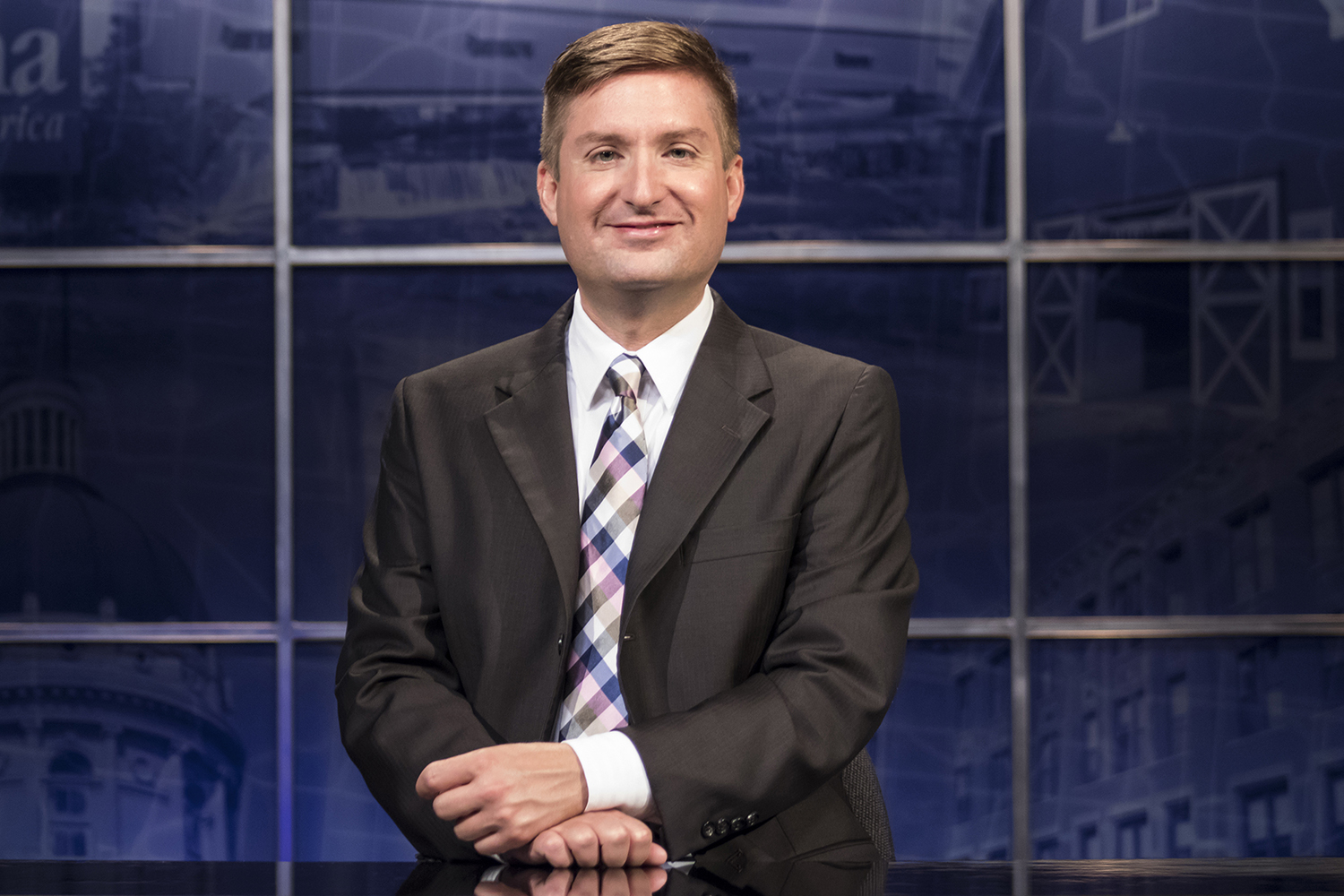 Indiana Newsdesk, the award-winning weekly news series from WTIU, begins its tenth season on WTIU this month. Originally launched on September 27, 2013, Indiana Newsdesk was created to provide south-central Indiana with its own local and regional TV news program.

Hosted by Joe Hren, Indiana Newsdesk’s coverage has expanded over the years to help better serve the residents of south-central Indiana and around the state.

“As other media outlets shrink, we’ve grown to include rural affairs, statehouse, and environmental reporting. We’ve really ramped up our coverage of issues not found in many other places,” said Hren.

In addition to covering local and regional news, Indiana Newsdesk partners with IPB News, a collaboration of the state’s nine public media newsrooms and a shared statewide team, to report on stories from other parts of the state.

“It’s important to hear stories from communities outside of south-central Indiana because some of their local issues are similar to ours. We can learn something from each other,” said Hren.

Indiana Newsdesk has been honored three times by the Indiana Professional Chapter of the Society of Professional Journalists, including winning a first place award for best newscast outside of the Indianapolis market in 2015.

Indiana Newsdesk airs Fridays at 6 p.m. and Saturdays at 4 p.m. on WTIU. The program is also carried in the Indianapolis market on WFYI-3 Fridays at 8:30 p.m. and on WFYI-1 Sundays at 1 p.m. Indiana Newsdesk is available to stream for free on the PBS Video App or the WFIU-WTIU News YouTube channel.