Celebrate the Life and Legacy of John Lewis with PBS Programming

Celebrate the life and legacy of John Lewis and further your understanding of race in America with special programming from PBS.

John Lewis - Get in the Way 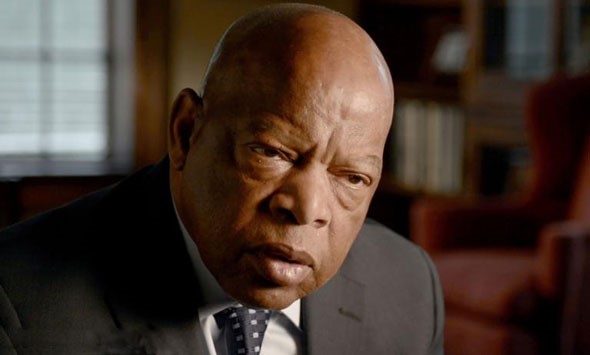 John Lewis - Get in the Way airs Thursday at 8pm on WTIU, and is streaming now.

Congressman John Lewis and Andrew Aydin: The Story of March

John Lewis and co-author Andrew Aydin discuss their graphic novel trilogy, "March," based on Lewis' life as a civil rights leader, at the Flynn Center in Burlington, Vermont.

For a comprehensive list, download the free PBS Video App and look through the digital “Race in America” Collection.

Here are some selections to learn along with:

American Experience: Freedom Riders C.T. Vivian and John Lewis, both of whom died July 17, 2020, were Freedom Riders — part of a brave project to challenge a segregated interstate travel system. Freedom Riders is the powerful, harrowing and ultimately inspirational story of six months in 1961 that changed America.

Black American Since MLK: And Still I Rise Henry Louis Gates, Jr. embarks on a deeply personal journey through the last fifty years of African American history. Joined by leading scholars, celebrities and a dynamic cast of people who shaped these years, Gates travels from the victories of the civil rights movement up to today, asking profound questions about the state of the nation.

The Talk - Race in America A two-hour documentary about the increasingly necessary conversation taking place in homes and communities across the country between parents of color and their children, especially sons, about how to behave if they are ever stopped by the police.

The African Americans: Many Rivers to Cross This six-part series chronicles the full sweep of African American history, from the origins of slavery on the African continent right up to today when America remains a nation deeply divided by race.

America in Black and Blue 2020 A PBS NewsHour Weekend hour-long special report on race and policing in the aftermath of the death of George Floyd at the hands of a white Minneapolis police officer.

Reconstruction: America after The Civil War  Explore the transformative years following the American Civil War, when the nation struggled to rebuild itself in the face of profound loss, massive destruction and revolutionary social change. The twelve years that composed the post-war Reconstruction era (1865-77) witnessed a seismic shift in the meaning and makeup of our democracy.

Reverend Ernest D. Butler: Rebel with a Cause

Amen! Music of the Black Church

Mary Bateman Clark: A Woman Of Colour And Courage

Why I Sing Amazing Grace

The History of White People in America

In partnership with WORLD Channel and PBS’s Independent Lens, The History Of White People In America tells the history of how skin became race, and race became power. The series of musical animated shorts contemplates our racial history and captures the truth of what it means to be American.

Confronting Anti-Black Racism - Use these materials with middle and high school students to help them understand the long history of anti-Black racism in the United States, and think about ways to address it in their own families and communities. Resources include news coverage of recent protests, videos on the origins of the Black Lives Matter movement and protests against police brutality within the past decade, iconic PBS documentaries on the histories of race and racism in America, and activities addressing civic engagement and elevating students’ voices.

Confronting Bias: Ethics in the Classroom - The resources in this collection provide teachers with tools to incorporate ethics education in the classroom, promote understanding of differing viewpoints, and foster civil dialogue about bias.

Black Lives Matter: Campaigning for Racial Justice - Learn about the origins, objectives, and makeup of Black Lives Matter, an activist black youth-led movement that campaigns against police brutality and other forms of racism, in this video from Eyes on the Prize: Then and Now.

Looking for ways to talk about race, racism and civic engagement with young kids?

Talking to Young Children About Race and Racism