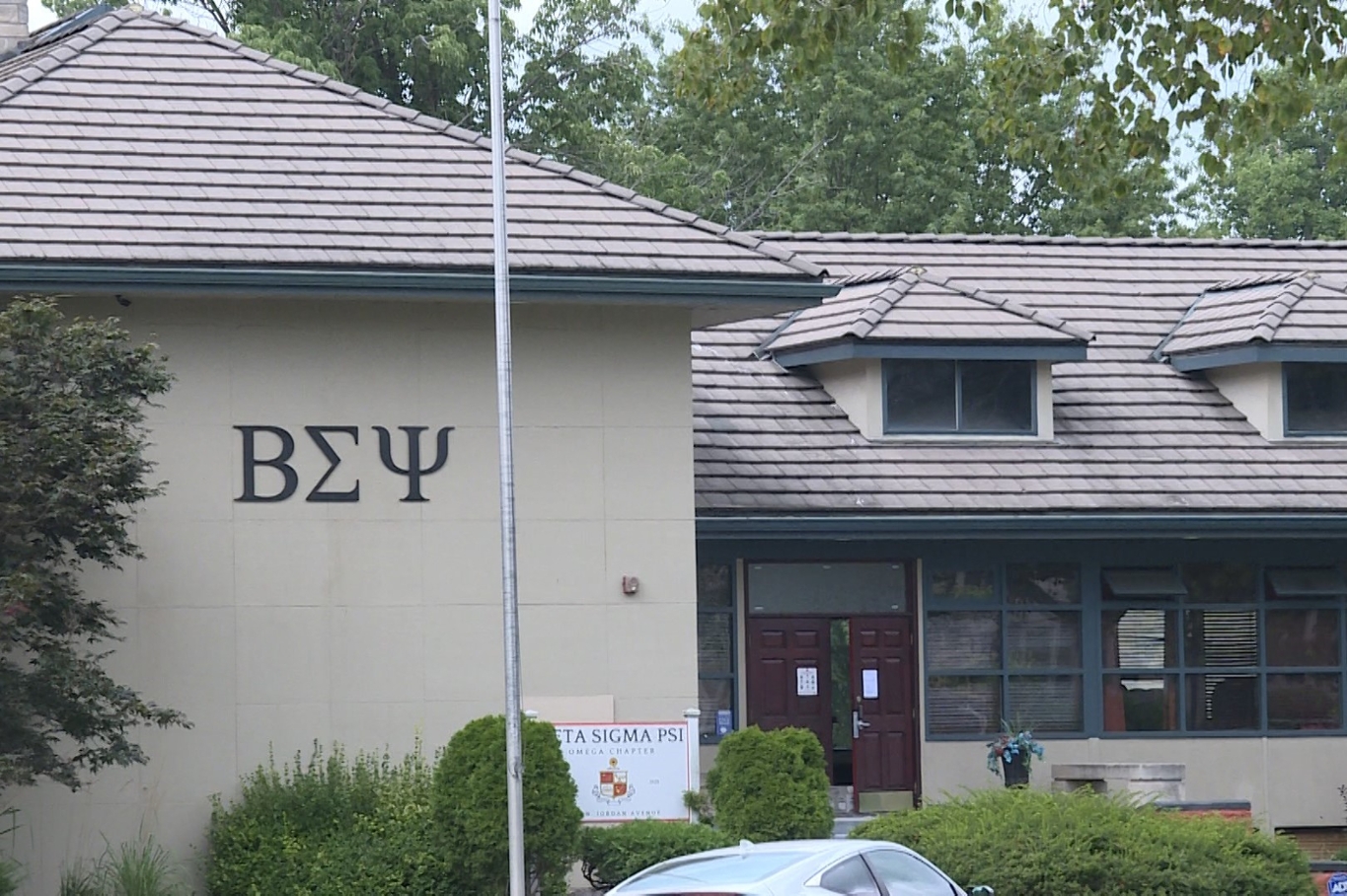 The Beta Sigma Psi fraternity house is one of those required to quarantine. (Ethan Burks WTIU/WFIU)

Indiana University officials said Thursday that in some fraternity and and sorority houses, the 7-day positivity rate among members being tested for COVID-19 was above 50%.

However, since IU does not own these houses, it cannot compel them to close.

The recommendation does not affect the Evans Scholars or Christian Fellowship houses.

As of Thursday afternoon, the Monroe County Health Department had quarantined 30 of the Greek houses. Robel said she does not want students moving out until that quarantine is lifted, in some cases, around Sept. 14.

However, students who have tested positive will not be allowed to move into a residence hall set up on campus for students to quarantine. Robel says the building is near capacity and can’t handle an influx from the Greek houses.

“I think the corporations and the national directors need to step up and think about how they are going to help the students and their families move to other settings,” Robel said.

Greek housing organizations were required to submit a safe housing plan before the semester began.

“The fact that students choose to live in these types of situations want to be social, and with shared bathrooms, shared living spaces, shared rooms, it doesn’t appear the plans that were put forth initially were enough to contain this,” said Dr. Aaron Carroll, IU’s Director of Testing Mitigation.

The IU Interfraternity Council said in a statement it did not agree with the Indiana University’s recommendations.

“The university has impacted the academic situation of our members by jeopardizing their relationships with professors by telling a story of half-truths to demonize the Greek community,” the statement said.

The statement went on to say the fraternities have done everything asked of them by the university and Monroe County Health Department.

“I'd rather be proactive and take this action now than have an outbreak and be asked what we did to prevent it,” ISU Interim Vice President for Student Affairs Andy Morgan said in a statement.

The moratorium will be reviewed weekly based on data from the Vigo County Health Department and ISU.

For example, an 87% positivity rate at Acacia represented 14 of the 16 fraternity members that had been tested during the period being measured.