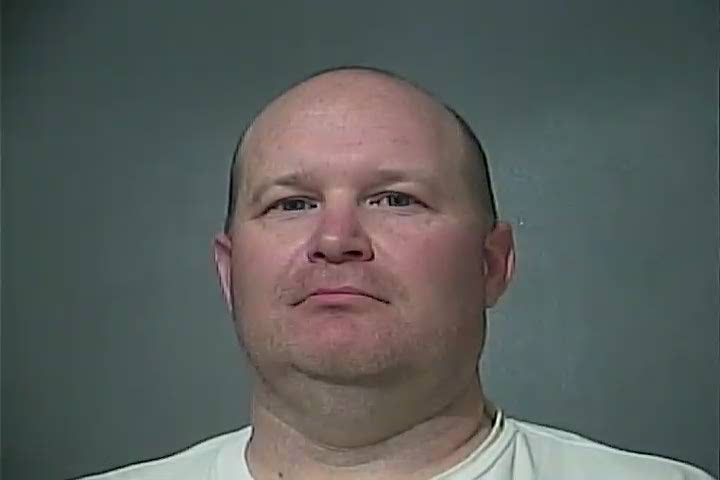 A probable cause affidavit says Bell admitted to a Terre Haute police officer who arrived at the scene that he had kicked his wife while in a physical altercation with his son.

The document says Bell's wife told officers that her husband and 17-year-old son were fighting on the ground when she tried to pull Bell off of the teen.

"She said that was when [Bell] kicked her in the chest and knocked her back into the wall behind her," the affidavit says.

Bell also allegedly "ripped" a phone out of his wife's hand when she tried to call 911 and threw it across the room.

Authorities booked Bell into the Vigo County Jail and subsequently the Clay County Jail on preliminary misdemeanor charges of domestic battery and interfering with reporting of a crime.

A Facebook post from the Vigo County Sheriff's Office says the department relieved Bell of police duties and confiscated his badge, gun, car and ID. The post says Bell has been placed on administrative leave.

The Indiana State Police is handling the investigation.