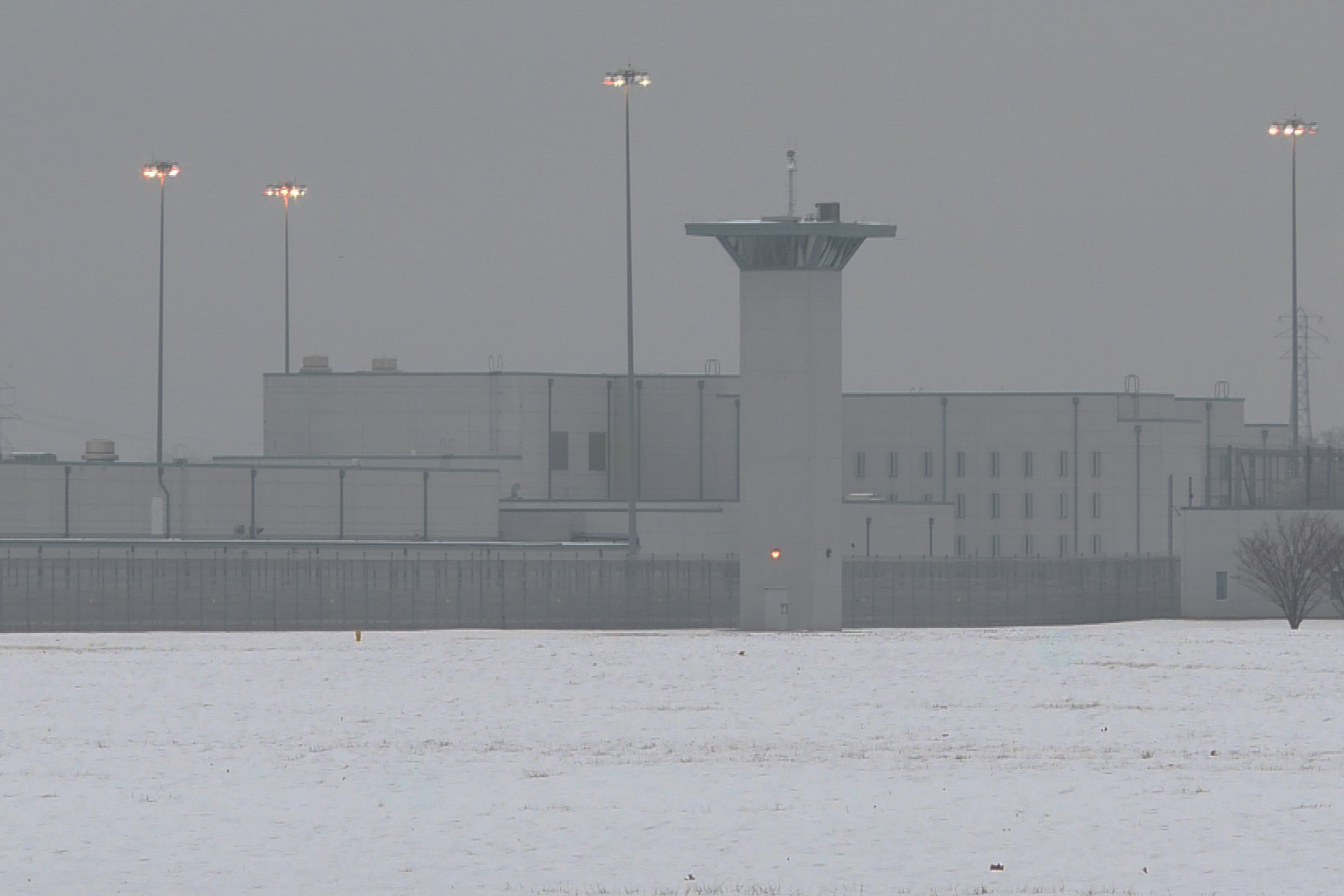 Daniel Lewis Lee's attorney called the circumstances of the execution "shameful" and said her client remained strapped to a gurney for hours while courts deliberated.

Here is the full statement from Lee's attorney Ruth Friedman:

"It is important for everyone to understand exactly what happened last night to our client, Daniel Lewis Lee. At 2 AM on July 14, while the country was sleeping, the Supreme Court issued a 5-4 decision vacating the injunction that had been in place against the first federal execution in 17 years. Within minutes, the Department of Justice moved to re-set Danny Lee's execution--for 4 AM, summoning media and witnesses back to the prison in the very middle of the night. When it was brought to the government's attention that a court stay still remained in place, the DOJ first maintained that that stay presented no legal impediment to executing Danny Lee, but then filed an "emergency" motion to lift the stay.

"Over the four hours it took for this reckless and relentless government to pursue these ends, Daniel Lewis Lee remained strapped to a gurney: a mere 31 minutes after a court of appeals lifted the last impediment to his execution at the federal government's urging, while multiple motions remained pending, and without notice to counsel, he was executed.

The U.S. government on Tuesday carried out the first federal execution in almost two decades, putting to death a man who was convicted of killing an Arkansas family in a 1990s plot to build a whites-only nation in the Pacific Northwest. The execution came over the objection of the victims’ family.

“I didn’t do it,” Lee said just before he was executed. “I’ve made a lot of mistakes in my life, but I’m not a murderer.

His final words were: “You’re killing an innocent man.”

WFIU/WTIU reporter Adam Pinsker was a media witness at the execution.

BREAKING: The Bureau of Prisons announced it carried out the execution of Daniel Lewis Lee by lethal injection at the United States Penitentary in Terre Haute, Indiana. (1/2)

BREAKING: Lee was convicted in 1999 of murdering three people in Arkansas. His last words this morning were “I was halfway across the country when this happened, you’re killing an innocent man.” @WFIUNews @wtiunews

The decision to move forward with the execution -- the first by the Bureau of Prisons since 2003 -- drew scrutiny from civil rights groups and the relatives of Lee’s victims, who had sued to try to halt it, citing concerns about the coronavirus pandemic. The pandemic has killed more than 135,000 people in the United States and is ravaging prisons nationwide.

Critics argued that the government was creating an unnecessary and manufactured urgency for political gain.

“The government has been trying to plow forward with these executions despite many unanswered questions about the legality of its new execution protocol,” said Shawn Nolan, one of the attorneys for the men facing federal execution.

The developments are likely to add a new front to the national conversation about criminal justice reform in the lead-up to the 2020 elections.

The execution of Lee, who was pronounced dead at 8:07 a.m. EDT, went off after a series of legal volleys that ended when the Supreme Court stepped in early Tuesday in a 5-4 ruling and allowed it to move forward.

Attorney General William Barr has said the Justice Department has a duty to carry out the sentences imposed by the courts, including the death penalty, and to bring a sense of closure to the victims and those in the communities where the killings happened.

But relatives of those killed by Lee in 1996 strongly opposed that idea and long argued that Lee deserved a sentence of life in prison. They wanted to be present to counter any contention that the execution was being done on their behalf.

“For us it is a matter of being there and saying, `This is not being done in our name; we do not want this,’” relative Monica Veillette said.

They noted that Lee’s co-defendant and the reputed ringleader, Chevie Kehoe, received a life sentence.

Kehoe, of Colville, Washington, recruited Lee in 1995 to join his white supremacist orgaization, known as the Aryan Peoples’ Republic. Two years later, they were arrested for the killings of gun dealer William Mueller, his wife, Nancy, and her 8-year-old daughter, Sarah Powell, in Tilly, Arkansas, about 75 miles (120 kilometers) northwest of Little Rock.

At their 1999 trial, prosecutors said Kehoe and Lee stole guns and $50,000 in cash from the Muellers as part of their plan to establish a whites-only nation.

Prosecutors said Lee and Kehoe incapacitated the Muellers and questioned Sarah about where they could find money and ammunition. Then, they used stun guns on the victims, sealed trash bags with duct tape on their heads to suffocate them, taped rocks to their bodies and dumped them in a nearby bayou.

A U.S. District Court judge put a hold on Lee’s execution on Monday, over concerns from death row inmates on how executions were to be carried out, and an appeals court upheld it, but the high court overturned it. That delay came after an appeals court on Sunday overturned a hold that had been put in place last week after the victims’ relatives argued they would be put at high risk for the coronavirus if they had to travel to attend the execution.

Lee’s execution was then set to happen at 4 a.m. EDT, but a last-minute legal question was raised by his lawyers. The Justice Department said in a statement it filed a request with the court to straighten it out but went through with the execution.

Lee had a pulse oximeter on a finger of his left hand, and his arms, which had tattoos, were in black restraints. The IV tubes were coming through a metal panel in the wall.

He breathed heavily before the drug was injected and moved his legs and feet. As the drug was being administered, he raised his head to look around. In a few moments, his chest was no longer moving.

Lee was in the execution chamber with two men who the Bureau of Prisons would only identify as “senior BOP officials,” a U.S. Marshal and his spiritual adviser, who a Bureau of Prisons spokesperson described as an “Appalachian pagan minister.” They did not wear masks and Lee was also not wearing a mask.

One of the senior Prison officials in the room declared Lee’s time of death at 8:07 a.m., and the curtain closed.

Two other federal executions are scheduled for later this week, though one remains on hold in a separate legal claim.

There have been two state executions in the U.S. since the pandemic forced shutdowns nationwide in mid-March — one in Texas and one in Missouri, according to the Death Penalty Information Center. Alabama carried out one in early March.

Executions on the federal level have been rare, and the government has put to death only three defendants since restoring the federal death penalty in 1988 — most recently in 2003, when Louis Jones was executed for the 1995 kidnapping, rape and murder of a young female soldier.

Though there hadn’t been a federal execution since 2003, the Justice Department has continued to approve death penalty prosecutions and federal courts have sentenced defendants to death.

The attorney general said last July that the Obama-era review had been completed, clearing the way for executions to resume. He approved a new procedure for lethal injections that replaces the three-drug combination previously used in federal executions with one drug, pentobarbital. This is similar to the procedure used in several states, including Georgia, Missouri and Texas, but not all.

Numbers of state executions have fallen steadily since the last federal execution, according to data compiled by the Death Penalty Information Center. States put to death 59 people in 2004 and 22 in 2019, nine of which were in Texas.

The Trump administration was moving ahead early Tuesday with the execution of the first federal prison inmate in 17 years after a divided Supreme Court reversed lower courts and ruled federal executions could proceed.

A federal appeals court in Washington refused the administration’s plea to step in, before the Supreme Court acted by a 5-4 vote. Still, Lee’s lawyers said the execution could not go forward after midnight under federal regulations.

WFIU/WTIU News reporter Adam Pinsker is a media witness at the execution and will continue to provide updates.

This is a developing story and will be updated.

Cathy Knapp and George Hale contributed to this report.