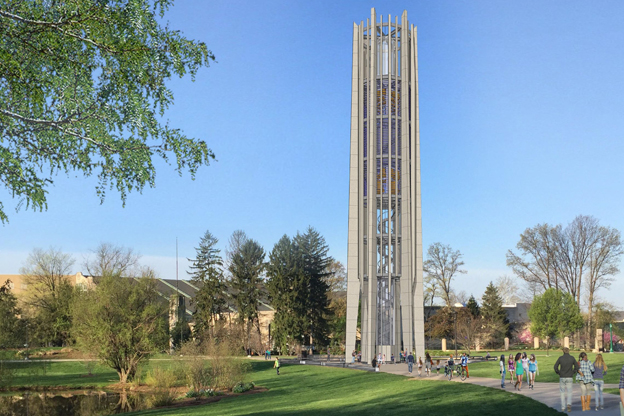 The new tower is going up within the arboretum area of the Bloomington campus near the Herman B Wells Library. It is part of a $7 million project that involved tearing down the concrete tower that housed the Metz Carillon and its 61 bells since 1970.

IU assistant vice president Adam Thies tells the Herald-Times that those bells have been refurbished and four new ones built by a foundry in the Netherlands. They are being sent by ship back to the U.S.

University officials approved the move in April 2017 and the original tower was demolished in April 2018.

The steel beams now going up will form six piers that will be covered in limestone. Officials expect construction will be completed in December.

Emma Atkinson contributed to this story.