Should Indiana's Top Education Official Have Past Experience Working In Schools? 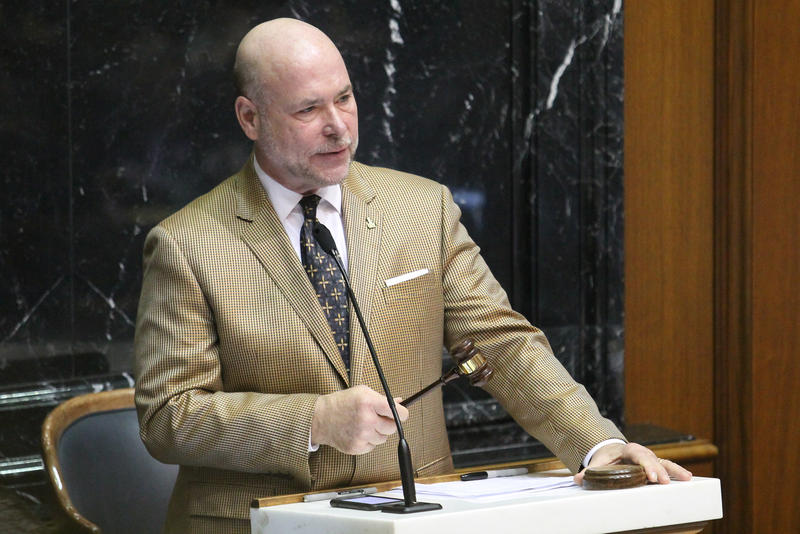 As lawmakers push forward a measure for the governor to appoint the state’s next schools chief starting in 2021, some question the requirements for the job.

Lawmakers changed state law in 2017 to move the position that oversees the State Department of Education from an elected one to an appointment from the governor, starting in 2025.

The 2025 deadline was, in part, to allow current Superintendent of Public Instruction Jennifer McCormick to run for a second term. But she announced last fall she won’t run for re-election, and lawmakers want the governor to appoint her successor.

House Speaker Brian Bosma (R-Indianapolis) is backing the bill that would move up the timeline for Indiana’s governor to appoint a secretary of education after McCormick’s current term ends. He says it’s the only cabinet position with experience criteria in state law, and lawmakers discussed those requirements in 2017 when they passed the appointment legislation.

“We debated and negotiated those quite extensively two years ago to give preference to someone who is an educator,” he says.

State law says the governor has to appoint someone who has lived in Indiana for at least two years, and has at least five years of experience as either a teacher, principal, school superintendent, or “executive in the field of education.” It also says the appointee must have professional leadership skills, and an advanced degree of some kind, “preferably” in education or education administration.

But when Senate lawmakers on the Education and Career Development Committee heard testimony on the bill this week, some – including former Superintendent of Public Instruction Suellen Reed – say the word “preferably” takes away the guarantee that Indiana’s governor would appoint someone with that background.

Reed says it takes experience in K-12 schools to know how to oversee them, and the word preferably should be taken out.

“It might save a lot of time and a lot of running around and trying to figure things out when people already have that background,” Reed says. "So if the word preferably could preferably be removed, we would have much better operating for our governor."

According to the National Association of State Boards of Education, 13 states – including Indiana – elect their state’s top education official. After the appointment change goes into effect, Indiana will join 10 states where the governor and policymakers appoint both the top school official and all members of the state board of education.

The Senate Education and Career Development Committee will consider any amendments to the bill and vote next week. If it passes, the governor will appoint the state schools chief starting in 2021.