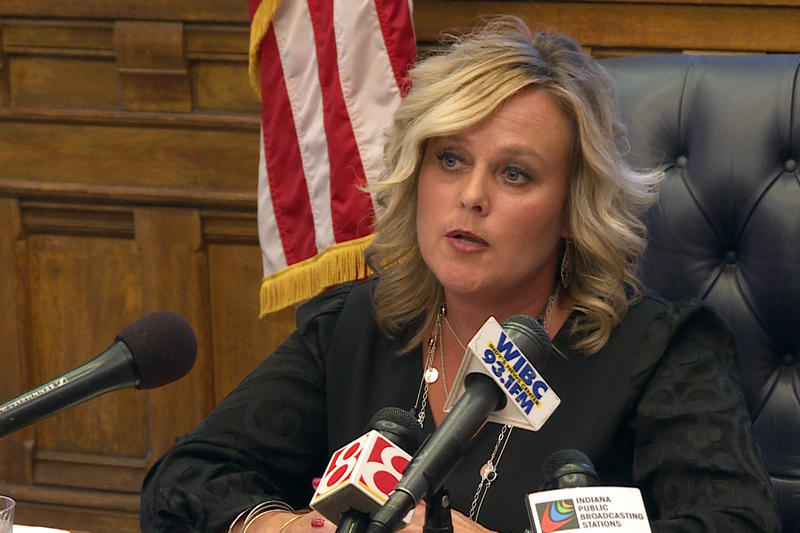 Indiana’s governor will appoint the state’s next schools chief under a bill passed by House lawmakers Thursday.

Current law says the governor will begin appointing a secretary of education in 2025. Lawmakers passed that measure in 2017 after years of turmoil between state education officials and agencies, but left enough room in the timeline for Superintendent of Public Instruction Jennifer McCormick to seek a second term.

But McCormick announced last year she won’t run for re-election when her term ends, prompting calls from some lawmakers to change that timeline and allow the governor to appoint her successor in 2021, instead of hosting one last election.

House Speaker Brian Bosma (R-Indianapolis) has prioritized the new timeline this session, and authored the bill to do it. He says, because of the General Assembly’s responsibilities for education – and the function of the department to implement that policy – it makes sense to align the state’s top education official with the governor.

“This is about aligning education policy with how it really is,” he says. “The policy sits in these chambers by the constitution.”

The governor is also responsible for appointing most of the members of the State Board of Education, which also crafts and fine tunes education policies. Indiana’s schools chief sits on the board, along with two members appointed by the President Pro Tempore of the Indiana Senate and Speaker of the House respectively.

A handful of Democrats voted in support of the new timeline legislation, but others, like Rep. Matt Pierce (D-Bloomington) say while it may improve efficiency among officials, it takes power away from voters.

“You’re concentrating the power – you’re losing diversity of voices and views,” he says. “Whenever we’ve had these elected superintendents of public instruction with public school experience, they have been willing to speak out when they think the governor or this General Assembly is going in the wrong direction.”

Republicans rejected a change earlier this week that would have required the appointed secretary to have experience in public K-12 schools, and another amendment that would have made some state board seats elected positions.

But despite the defeated amendments, Rep. Ed DeLaney (D-Indianapolis) says he’s for the change.

Ahead of the vote he shared a number of concerns for the state of public education, but says he sees the appointment as a shifting of responsibility – and chance to hold the governor accountable as an advocate for schools.

“I don’t want anybody to think this is a power grab,” he says. “In my view, we’re thrusting the power on the governor, and in turn, he better be responsible.”

The bill now heads to the Senate for consideration.