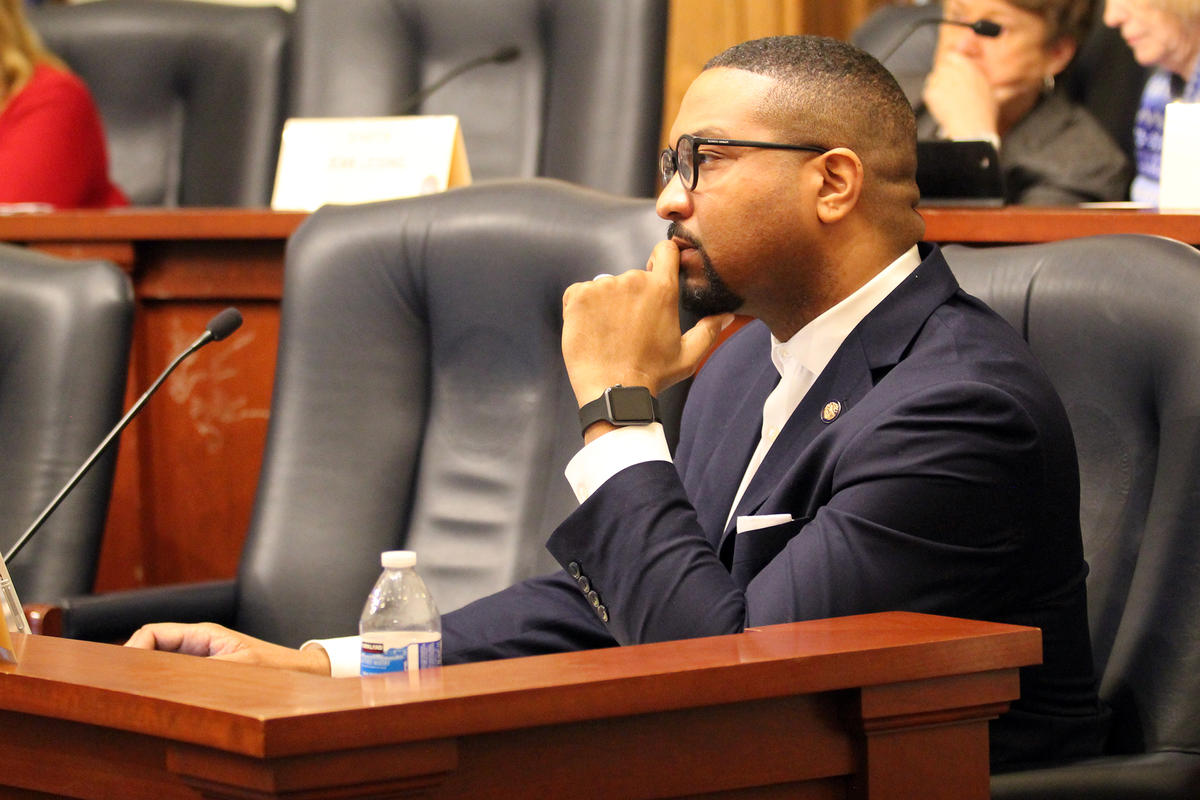 Indiana State Police are reviewing allegations that a white Capitol Police officer reached for his handgun while confronting a Black state senator inside the Statehouse over the weekend, an agency spokesman said Tuesday.

The incident happened Saturday while Democratic Sen. Eddie Melton of Gary was taking part in a rally sponsored by the Indiana Racial Justice Alliance. The event started outside the Statehouse, but Melton and another senator led the few dozen people taking part inside the building when a thunderstorm arrived.

The Statehouse has been closed to the public during the coronavirus outbreak, but Democratic Sen. J.D. Ford of Indianapolis, who is white, said private security staff allowed the group inside before calling to the area two Capitol Police officers who were aggressive from the start.

Belinda Drake, a Democratic state Senate candidate from Indianapolis, said a white Capitol Police officer rushing toward the group saw Melton and yelled at him to “freeze” while unsnapping the holster on his firearm.

“Senator Ford tried to deescalate the situation, tried to get the trooper to take notice and listen, but the trooper was so singularly focused on Senator Melton,” Drake said.

State police spokesman 1st Sgt. Ron Galaviz said the agency had received a formal complaint and was conducting an internal investigation. No video or photographs have yet emerged of the confrontation involving Melton, who spent several months as a candidate seeking the Democratic nomination for governor.

In online video of the rally, Melton appeared shaken when he spoke afterward while wearing a T-shirt featuring the words “I can’t breathe,” the words spoken by George Floyd while a white Minneapolis officer pressed his knee into the Black man’s neck for several minutes before he died in May.

“An incident just occurred and just that quick, it could have escalated,” Melton said while snapping his fingers. “Just that quick. The reach for a weapon. That don’t make sense.”

Ford said he understood the officers might not have realized he and Melton were legislators because they were wearing casual clothes. “But that does not make it any better,” Ford said. “No member of the public deserves to be treated that way or spoken to so disrespectfully by officers who are there to serve the public.”