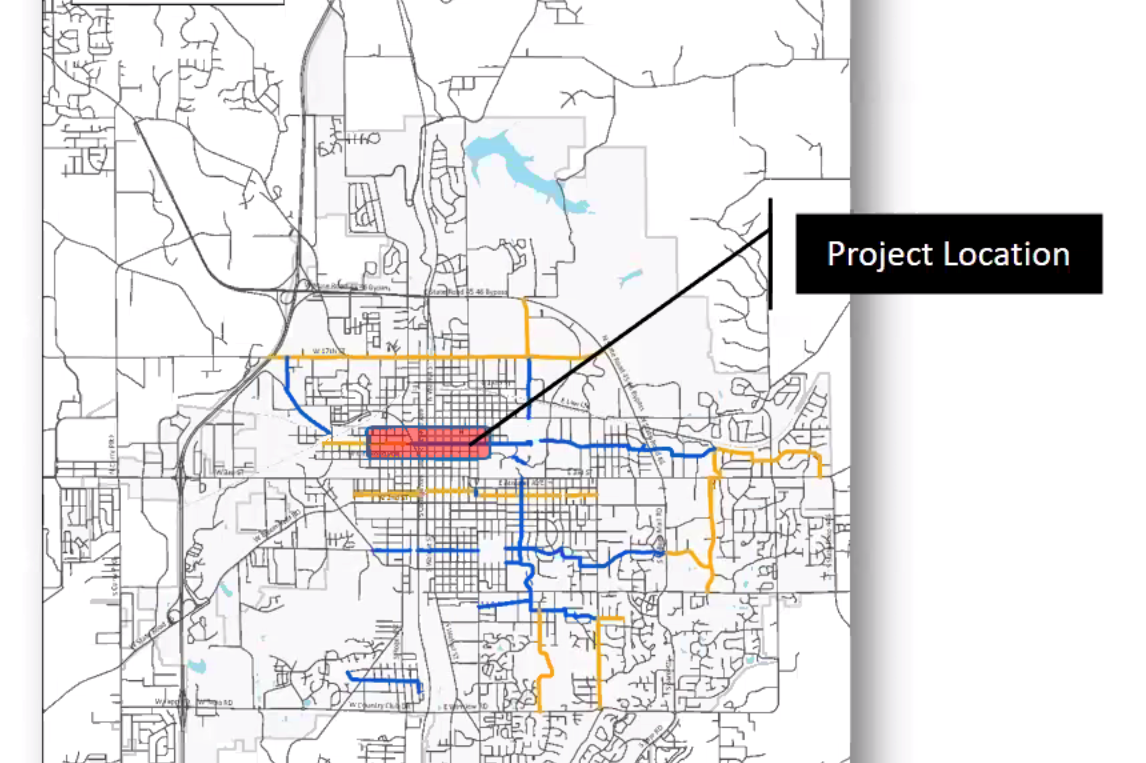 A new protected bike lane will run along Seventh Street to connect the B-Line, downtown, IU campus and eastside neighborhoods together.

Bloomington will call this the 7-Line.

The estimated cost of the project is $2 million. Mayor John Hamilton says the project is one of seven public improvement projects that will be funded by a $10 million bond the city council approved in 2018.

“We wanted to look at an opportunity for an East-West trail," Hamilton says. "We want to create great access for bicyclists and pedestrians."

The city is partnering with an Indianapolis-based company, American Structurepoint, to design the project.

"The project will enhance and expand the conventional bike lane that already exists along parts of Seventh Street by adding physical separation between bicyclists and auto traffic to improve comfort, safety, and efficiency for all road users," the city says in a press release.

The first phase of the project will create a direct route between downtown and campus.

In the next phases, the 7-Line will extend from the eastern edge of the IU campus to the end of the Seventh/Longview Greenway near the SR 46/SR 446 intersection.

Community members can ask questions and offer suggestions on the city's website.

Construction is scheduled to begin sometime in 2021.