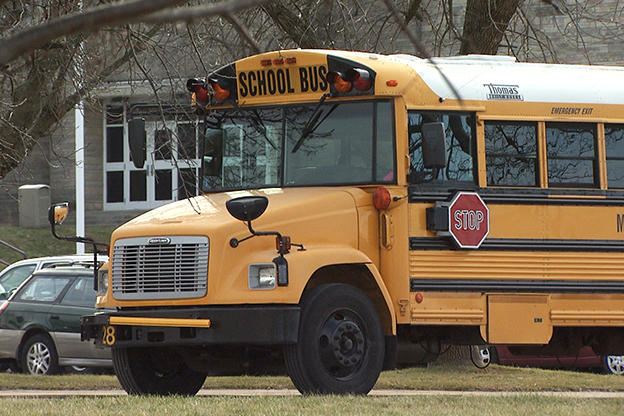 Monroe County Community School Corporation has overhauled its bus routes for the upcoming school year in an effort to avoid transportation issues it experienced in previous years.

The corporation faced backlash two years ago after it hired private company Auxilio Services to handle its routes, which resulted in major problems. MCCSC terminated its contract with the company later that year and approved higher pay in an attempt to attract more bus drivers.

The situation will be much different heading into this school year.

Director of Business Operations John Kenny says they’ve reduced the number of routes to 122, and there are now more drivers than routes.

Kenny says MCCSC’s buses also have more safety features this year, including anti-rolling technology. The vehicles are equipped with sensors built into the frame, which can trigger the brakes if the bus begins to roll. This, along with the GPS-tracked “Here Comes the Bus” app, are ways in which the school corporation is trying to improve the quality of the bus system.

The first day of school for MCCSC is August 7.

Kenny says he's been working all summer to make sure the bus system will run smoothly when the school year begins. Earlier this year, state legislators approved several school bus safety measures such as the use of extra-long stop arms.