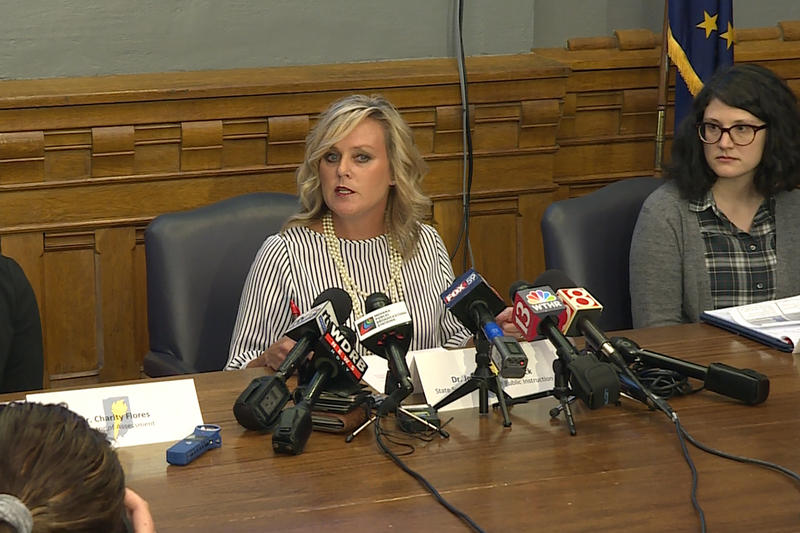 Superintendent of Public Instruction Jennifer McCormick meets with the press to discuss ILEARN results and concerns ahead of the scores going public Sept. 4. (Jeanie Lindsay/IPB News)

Educators are pressing for an overhaul of the state’s school accountability system after a reported drop in student achievement on the state’s new ILEARN exam – including the state’s top education official.

They’re worried about low ILEARN scores this year and how they could affect Indiana’s schools. Test scores play a key role in how schools and teachers are evaluated.

But policymakers say they want to avoid penalizing schools for the lower scores since it’s the first year of the test. And State Superintendent of Public Instruction Jennifer McCormick says that’s just a start.

“We are hopeful that our General Assembly will take a hard look at our state accountability system and address some of those concerns so a year from now we’re not having the same conversation,” McCormick says.

McCormick says nationally, Indiana students are seeing improvement. She says ILEARN is a better test to estimate how ready students are for college and careers but it’s not a complete indicator of success.

“ILEARN was a snapshot in time, it was a one day assessment, it gave us information on where students are performing but there are a lot of pieces to student performance beyond one assessment,” McCormick says.