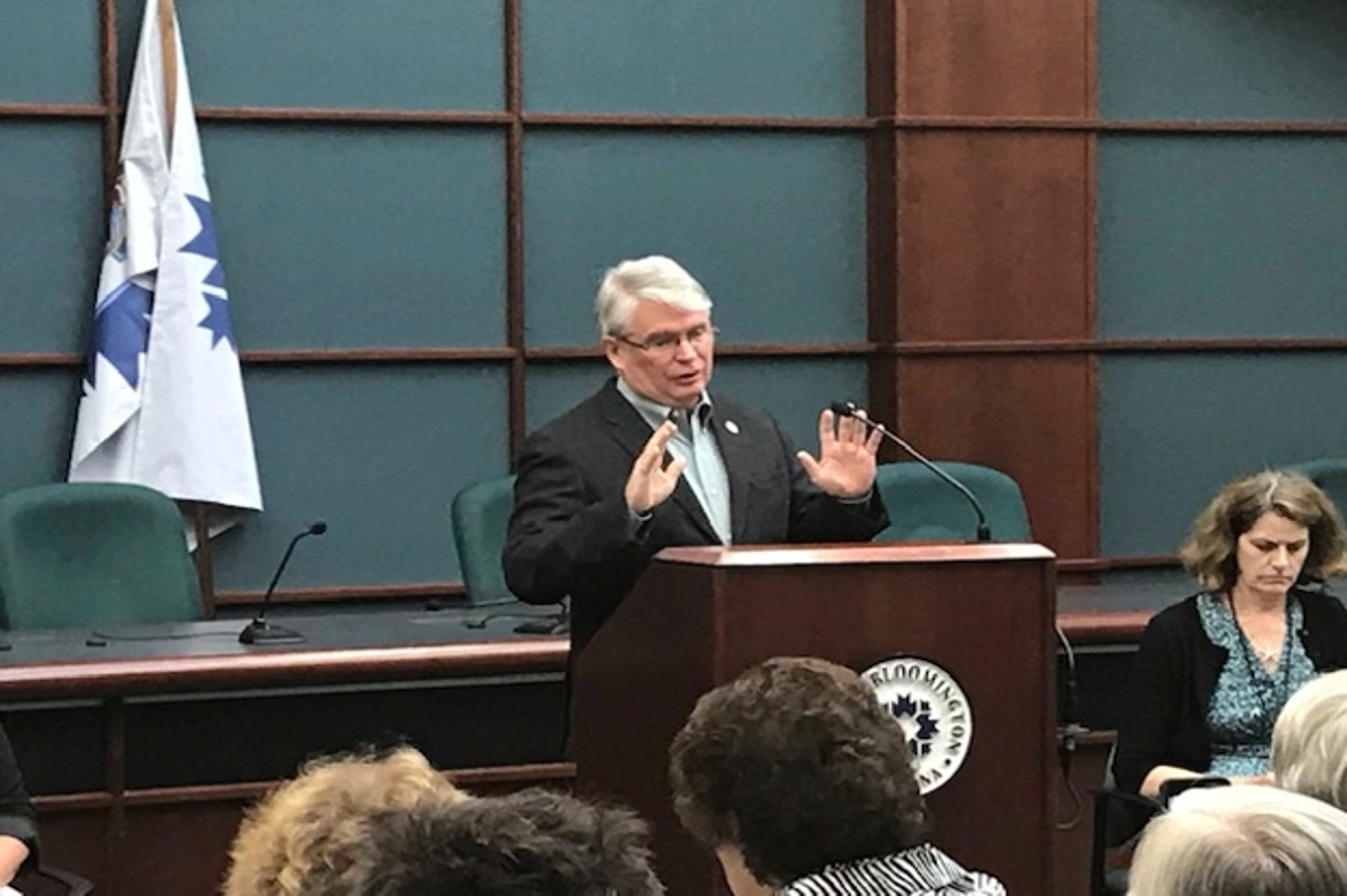 Bloomington Mayor John Hamilton defended his decision to cancel the city-run farmers’ market on August 3 and August 10 during a public press conference at City Hall Wednesday.

The mayor made the decision after a tense confrontation near an alleged white supremacist’s booth at the market led to the arrest of a protestor.

Sarah Dye, a vendor at the market, has allegedly posted in chat rooms of white supremacist groups. FBI documents show Dye had conversations with a man arrested for vandalizing a synagogue in Carmel.

Dye’s views have drawn the ire of vendors and customers of the market, some who say they don’t feel comfortable with her there.

“Let me state the obvious, when conflict and tension are present in public gatherings, it is dramatically more difficult to protect public safety when firearms and other weapons are present and pervasive,” Hamilton told a packed auditorium full of residents and media.

During the news conference, he blamed Indiana’s liberal gun laws and racial bigotry from President Trump for ramping up tensions at the market.

Hamilton says he felt it was in the interest of public safety to close the market.

But vendor Linda Chapman says the city waited too long to address the issue.

“I don’t think the city really has its finger on the pulse of what is really happening here, and people feel really, really unsafe at the market,” she says.

Hamilton says over the next two weeks, his administration will look at ramping up security at the market, but did not reveal any specific details.