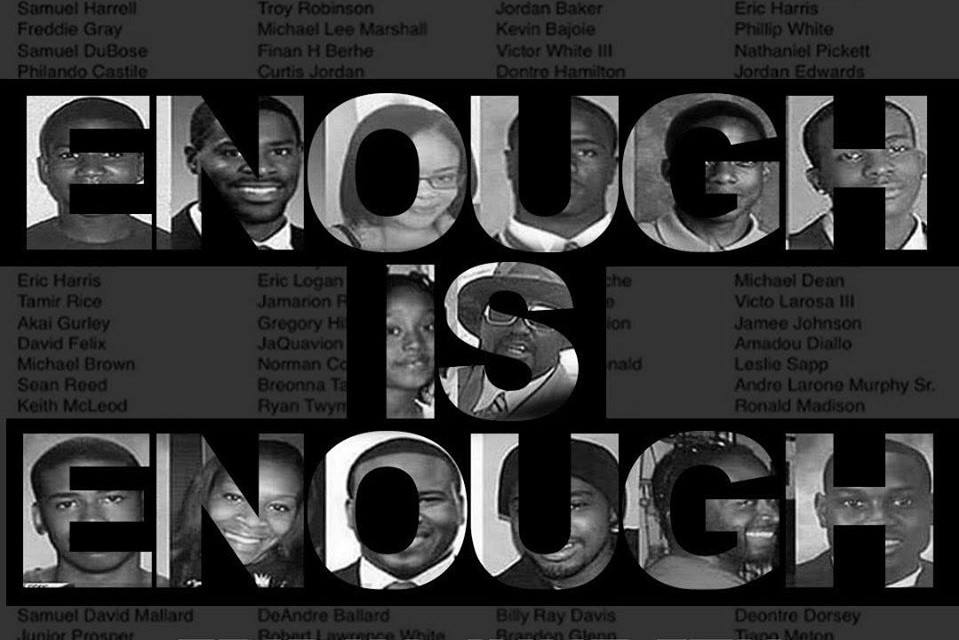 Over the last week and a half, protests and rallies against police brutality have garnered support and criticism in the wake of the death of George Floyd, who was killed by police in Minneapolis last month.

A large rally is scheduled for 3 p.m. Friday in Bloomington. Here, we'll provide live updates from the rally, including photos, video and Tweets from our reporters on the ground. The protest will march down Seventh Street ending at the Monroe County Courthouse downtown.

Selena Drake is one of the organizers for today's event. She spoke on WFIU's Noon Edition earlier today about the protest. She said that people wishing to join from a distance can drive their cars to the parking lots located at Fourth and Dunn streets or on the corner of Sixth Street and Indiana Avenue. There they can decorate their cars and follow behind the march.

Roads around the courthouse are closed and filled with protesters.

This is a stunning amount of people. pic.twitter.com/QtByAwS7JD

Protesters began arriving at the courthouse property after walking from Dunn Meadow.

The protestors have made it to the square. Can’t lie, I don’t know how to make an accurate crowd count, but this is a ton of people. pic.twitter.com/JMbjkRDDf8

Organizers from IU’s NAACP chapter and other local social justice organizations are here, ready to hand out water, sunscreen and hand sanitizer to protestors.

We’re up on the courthouse lawn now. Organizers from IU’s NAACP chapter and other local social justice orgs are here, ready to hand out water, sunscreen and hand sanitizer to protestors. pic.twitter.com/331HpRY7WX

The crowd has begun marching down Seventh Street toward the courthouse.

Packed at the corner of 7th and Indiana. Looks like we're just starting to move. pic.twitter.com/EKeYzAfQrU

Update: minute-by-minute the crowd grows at Dunn Meadow. Well over 1,000 people of all different ethnicities have gathered. #EnoughIsEnough pic.twitter.com/9s6PTetMMW

Five minutes prior to the scheduled start of the rally there is a large crowd gathered in Dunn Meadow. One of our reporters there says he has only seen one police officer among the crowd and two nearby on motorcycles.

Our reporters are broadcasting the event on WFIU's Facebook page. You can watch it below. Since the event is being recorded live it may include explicit language.

Just under an hour away from the start of the protest against police brutality at Dunn Meadow on IU’s campus. Hundreds have already showed up. The crowd is expected to reach over 1,000. @wtiunews @WFIUNews pic.twitter.com/C1pt6sVVKI