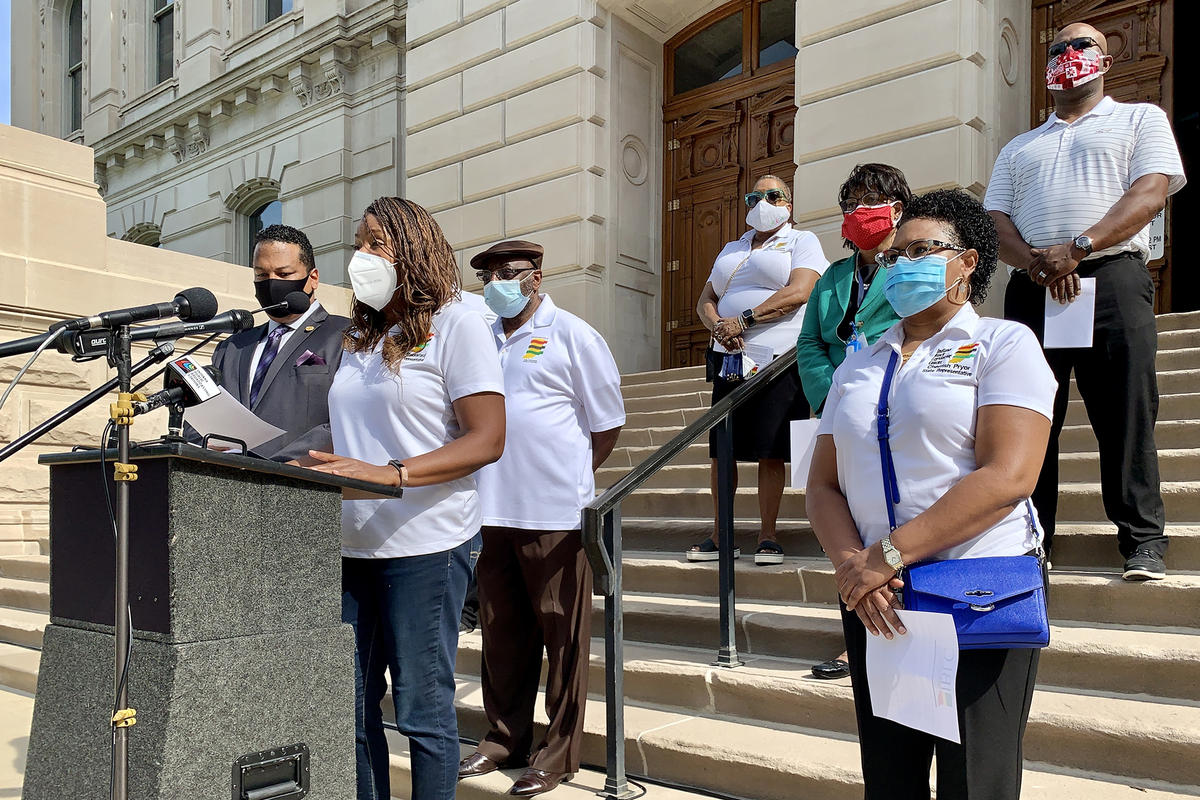 The Indiana Black Legislative Caucus wants Governor Eric Holcomb to ban the use of chokeholds by police during arrests, one of a series of actions the caucus recommended to address justice reform. (Brandon Smith)

The Indiana Black Legislative Caucus wants Gov. Eric Holcomb to ban the use of chokeholds by police during arrests, one of a series of actions the caucus recommended Friday to address justice reform.

The recommendations come amid protests across the state about racial justice and police brutality. And IBLC Chair Robin Shackleford says she thinks those protests are why their agenda might now get more traction.

Shackleford says Holcomb hasn't contacted anyone from the caucus since the statewide protests began over the last week. Asked Monday about the black caucus, Holcomb said he had "been in touch with the leaders."

The first step the caucus wants: an executive order from the governor banning chokehold restraints by law enforcement. Failing that, Shackleford says local officials should establish such policies.

“This order must include specific repercussions officers will face by violating this ban,” Shackleford says.

Another recommendation: create a Statewide Criminal Justice Commission. Shackleford says the commission should develop recommendations that can be turned into legislation for the 2021 session.

The black caucus has its own agenda for 2021, which includes: