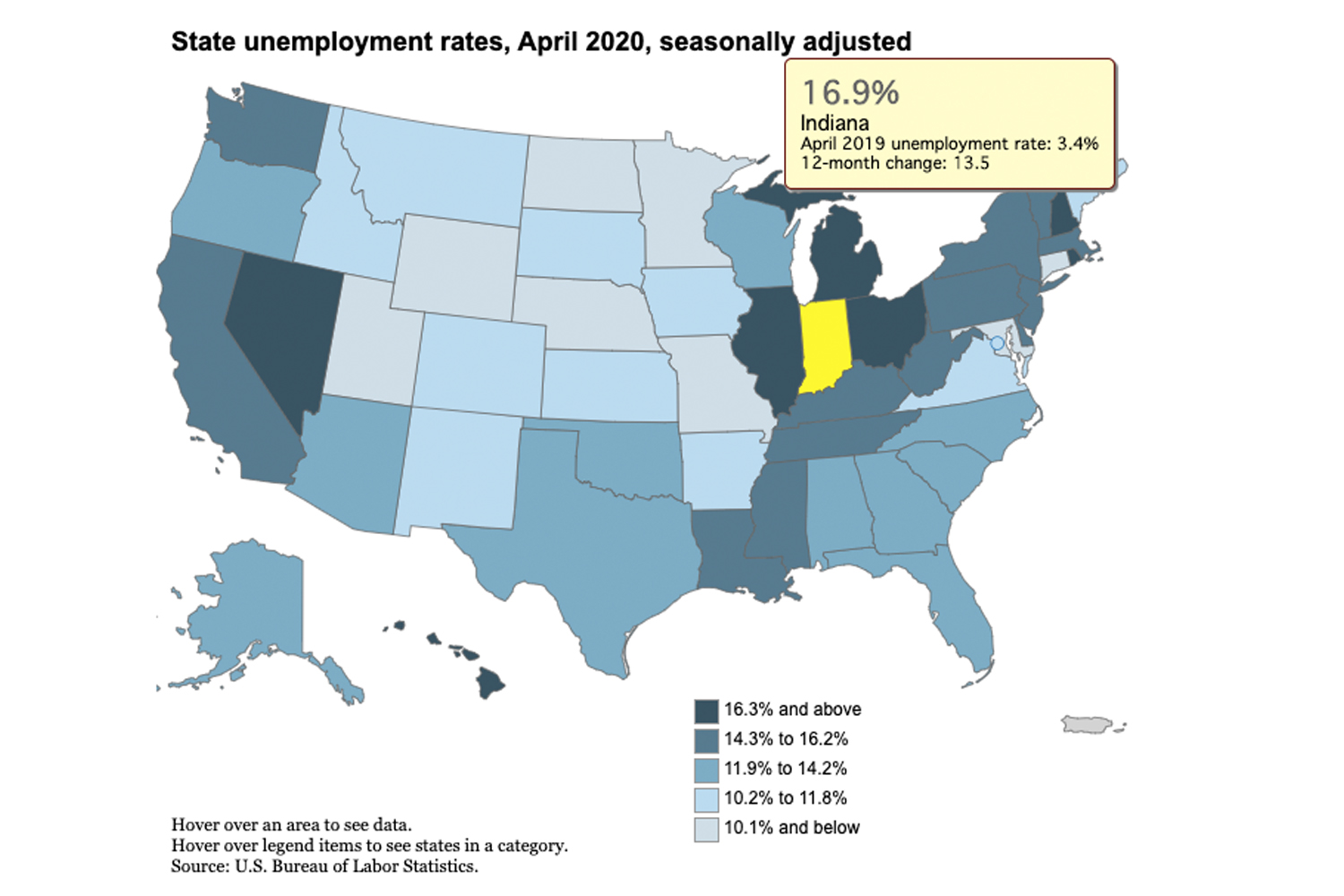 A chart from the Bureau of Labor Statistics showing April 2020 unemployment rates across the nation. (Courtesy of BLS)

Indiana’s unemployment rate for April skyrocketed to almost 17 percent, according to the Bureau of Labor Statistics Friday. That is, by far, the highest level of unemployment ever recorded in the state.

April’s 16.9 percent unemployment rate smashes the previous record of 12.6 percent, recorded in 1982. As the month ended, more than 90,000 workers in manufacturing and 40,000 in accomodation and food services were accessing unemployment benefits.

Department of Workforce Development Commissioner Fred Payne says he knows some people have been waiting many weeks for benefits. Those are typically due to issues with deductible income, employment status confusion and simple data entry problems. However, he says internal agency data suggests that more people are starting to go back to work.

“Even though it’s a small percentage of time that we’re looking at, we’re seeing fewer continuing claims being filed or request for payments on a weekly basis,“ he says.