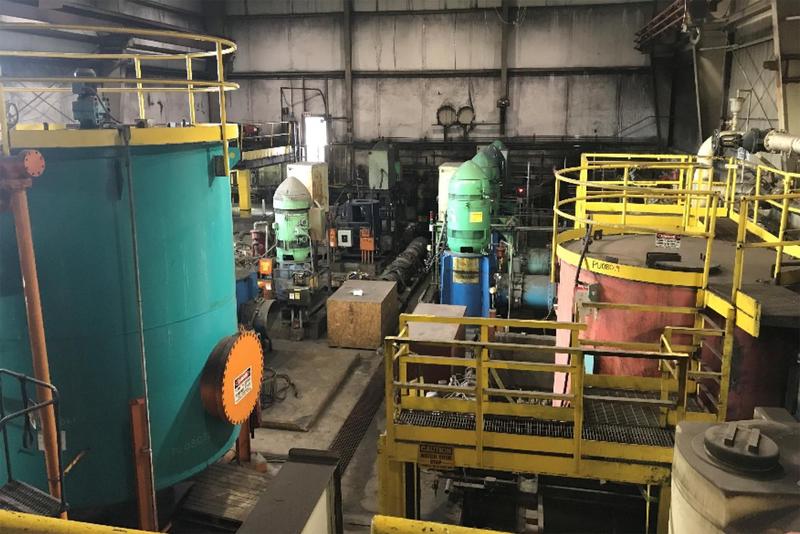 This is the room where equipment failed at ArcelorMittal’s Burns Harbor facility which eventually led to the cyanide and ammonia spill in August — the blast furnace gas washing recycle system pump station. (Courtesy of IDEM)

The state says ArcelorMittal failed to notify the public soon enough about problems that led to a cyanide and ammonia spill in a Lake Michigan tributary. That’s according to an investigative report by the Indiana Department of Environmental Management.

ArcelorMittal says the spill was caused by an equipment failure on Aug. 11. But IDEM believes there were other problems at the facility a week earlier that the agency wasn’t notified of at the time.

“There was no activity such as increased monitoring, there was no contact with IDEM or downstream users, not even with the drinking water utility early on — which that’s just unacceptable," says Natalie Johnson, executive director of Save the Dunes.

In a statement, the company said it doesn’t agree with all of the facts and conclusions in IDEM’s report, but that it will work with regulators to prevent similar incidents in the future.

Indra Frank is with the Hoosier Environmental Council — one of two groups that say they’ll sue if regulators don’t penalize the company for its environmental violations.

“We certainly want to see a strong enough action that it will serve as a deterrent to future spills,” she says.

Both IDEM and ArcelorMittal refused interviews.