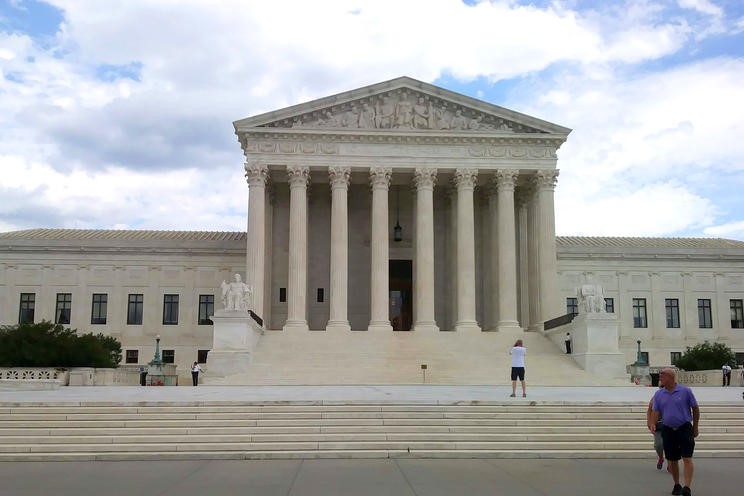 Many Dreamers anticipated hearing that the Supreme Court would allow the program to end. (Lauren Chapman)

Hoosiers protected under the DACA program and their advocates across the state are celebrating the Supreme Court’s decision to prevent the government from ending it. But their happiness is tempered by the lack of action towards permanent legal protection for the roughly 10,000 Indiana residents.

Juan Constantino works as a development coordinator at a community center for immigrants in South Bend. He says he and other DACA recipients – commonly referred to as "Dreamers" – in the area were texting each other all morning. Many anticipated hearing that the Supreme Court would allow the program to end.

“To be able to feel like you can breathe a little more is just huge,” Constantino says. “And I just [think] we got this small victory but we’ve got a lot of work to do.”

Organizations including the Indiana Undocumented Youth Alliance and the Indiana Latino Institute agree with that assessment.

They argue that Dreamers contribute significantly to the Indiana workforce and economy; DACA recipients pay taxes, take important jobs, and participate in their communities. Despite taking on the responsibilities of most citizens, they say Dreamers still have no path to citizenship.

“We are so excited for our DACA recipients,” Marlene Dotson, president of the Indiana Latino Institute, says. “This is great news, but there’s a lot more work to do because we now have to work now towards immigration reform.”

Marcos Navarro-Garcia attends Butler University. He says it's frustrating that undocumented people still has to seek legal protections. He says that feeling is best captured in a quote from one of his favorite artists, Yosimar Reyes.

“He said we often spend so much time being grateful that we forget that we deserve better,” Navarro-Garcia says. “And so while we are grateful for the protections that [DACA] gives us, we do not have to settle and we do not have to sit here and be complacent.”