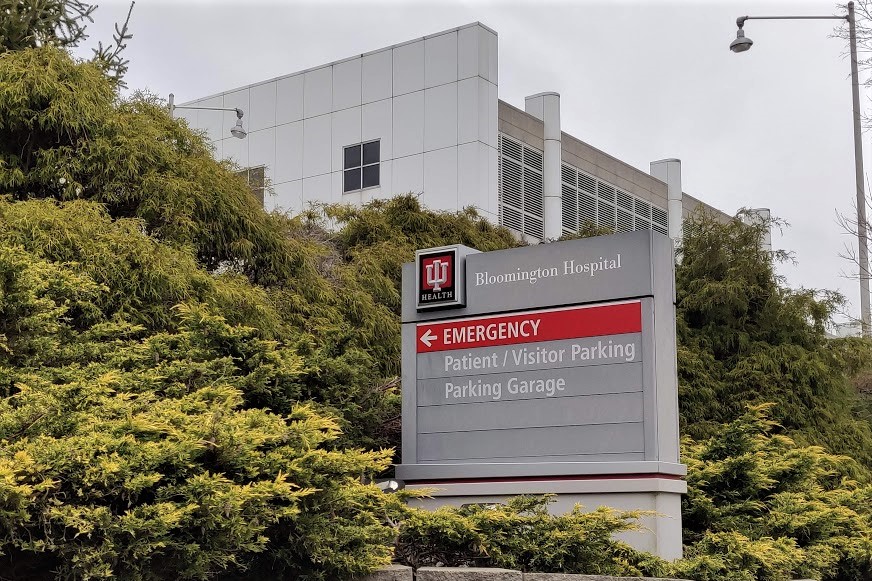 Health officials want healthcare services to be operating normally before reopening Monroe County along with the rest of Indiana. (George Hale, WFIU/WTIU News)

As much of Indiana is set to begin the process of opening in-person businesses on Monday, some counties are taking a more cautious approach.

One of them is Monroe County, where officials say reopening will not begin until May 15.

According to health administrator Penny Caudill, that’s because Monroe County isn’t seeing a clear decline in a number of important COVID-19 metrics.

Officials also want to make sure hospitals and healthcare providers can provide care without being in crisis mode, and they want to see a more robust testing program. Finally, they want more enhanced contact tracing in place.

“So, there's a lot there,” Caudill says. “And there are certainly pieces of that that Monroe County is doing well in and making progress.”

While Monroe County’s COVID-19 cases aren’t necessarily spiking, they aren’t consistently moving in a negative direction. And that’s what officials want to see.

The county's reported number of cases remains at 130 as of Saturday. No additional COVID-19 deaths have been reported since Friday. The number remains at eight. The state says 1,327 people have been tested in Monroe County.

“While our numbers are not maybe going super high — they’re rather level at the moment — we haven't seen a steady decline,” Caudill says.

“There are days that we don't have any positives reported. And then we may have a few reported in one day. So, we're having kind of that rollercoaster — maybe not big, but kind of hilly. We haven't seen a steady decline in the past two weeks.”

Caudill says that IU Health’s testing is helping. OptumServe is also opening a new testing site for Monroe County. People who want to get tested will not be required to have a doctor’s order.

“That will greatly enhance our testing capacity in the county. And I think that will give us more data and information to look at and really get a clear picture of where we are with that by mid-month. The state health department will also have the contact tracers. And that will be an enhanced program — jobs focused on COVID-19,” she says.

“So, when we look at that, we're not quite meeting all those criteria pieces yet. But we very likely will be there in the next two weeks. And that is really what has led to the decision to not move forward quite as quickly as the governor is.”

She says that county officials are already getting in touch with local businesses and organizations in order to clarify that statewide changes are on hold.

She also said that the county’s preferred method of handling the restrictions is to contact companies and restaurants to explain what’s happening.

“We will contact them, make sure that they're aware of the situation and talk through that and try to resolve things that way. That's our goal. We don't want to have to enforce something; we would rather just make sure that somebody is aware,” she says.

“We want to get things back to some sense of normal. We know it's not going to be our true normal that we were used to. But we want to get things going back. It's just that we have to be strategic about it. And we don't want to kind of move back into those phases too quickly, and then see a really big spike in a surge and hit our hospitals really hard.”