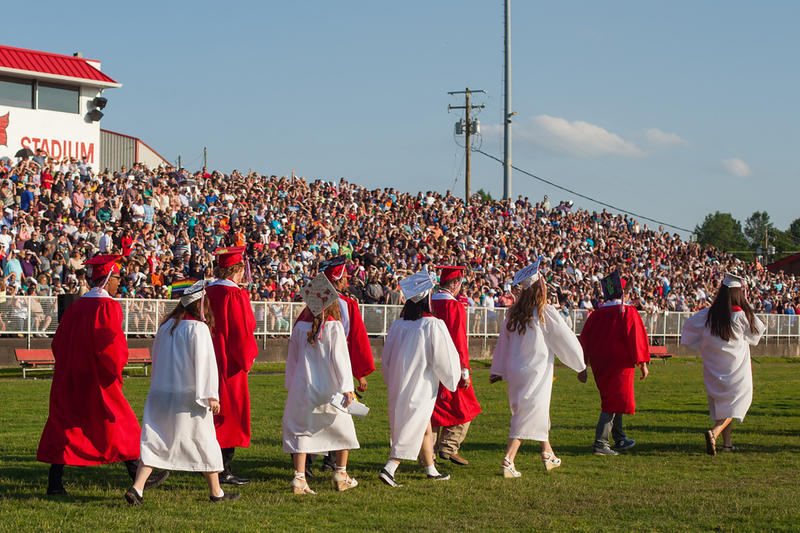 Indiana’s high school graduation rate dipped slightly in 2019, with the rate of students needing waivers from the state to earn a diploma, noticeably higher than previous years.

The state graduation rate has hovered around 87 percent since 2016, but a higher rate of students needed a waiver to get a diploma in 2019 – students get one if they don’t pass their final state exams.

Indiana Department of Education spokesperson Adam Baker says 2019 graduates took their final state tests as Indiana moved to the ISTEP, which could explain part of the waiver jump.

“We take pause obviously and we begin to look at these other aspects but we also know that there are some transitional items that are taking place,” he says.

Baker says Indiana’s high school graduating classes are getting bigger and more diverse, but for some student groups, graduation rates remain behind those of their peers.

State data also shows non-public and traditional public school graduation rates landed at or above 90 percent for all students. Meanwhile, charter schools graduated students at a rate of 40.2 percent.

But Baker says rate comparisons across types of schools don’t always paint a full picture of students they serve.

“I don’t know that it’s always a clean comparison, to look at non-traditional, traditional, charter, etc.,” he says. “I think you almost have to look within those populations as a whole and see how they are doing against themselves.”