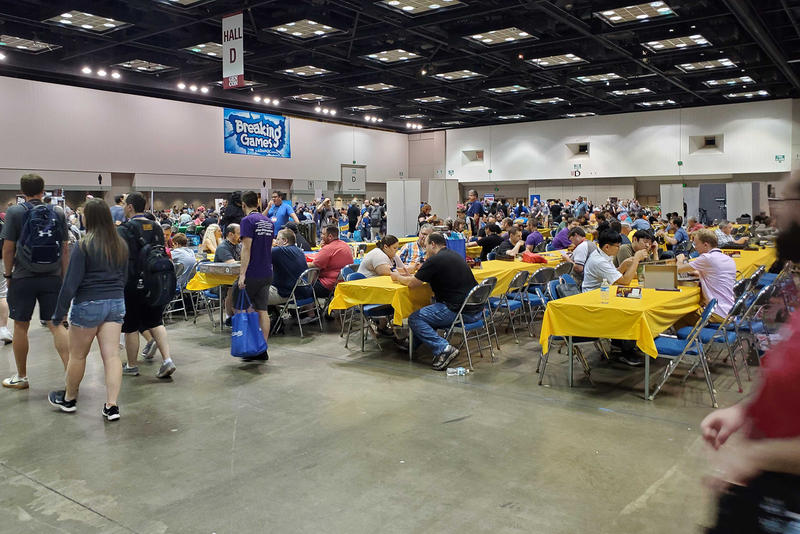 Downtown Indianapolis will go this summer without the thousands of game enthusiasts who attend Gen Con. On Tuesday, the tabletop game convention announced it was canceling the in-person event in response to the coronavirus pandemic.

Described as the largest and longest-running convention of its kind, the Gen Con has drawn about 70,000 attendees in recent years. The annual event has been held in Indianapolis since 2003 filling up the Indiana Convention Center and expanding into Lucas Oil Stadium for several days of tabletop gaming.

Gen Con President David Hoppe says the convention is the highlight event for small business – accounting for about 95 percent of their business – but the decision to cancel was apparent after conversations with experts and local officials.

“The sad reality is that a tabletop gaming convention where people are together indoors, in a close space, interacting, passing things back and forth; it’s just not a feasible thing to do in the midst of this crisis,” says Hoppe.

Pop-up Gen Con events around the country, an expansion added last year to the convention, are also canceled.

Hoppe says there will be some virtual events held through social media, Twitch and Zoom, with details to come in the coming weeks.

Those who already purchased badges will be able to ask for a refund or roll them over to the 2021 convention.