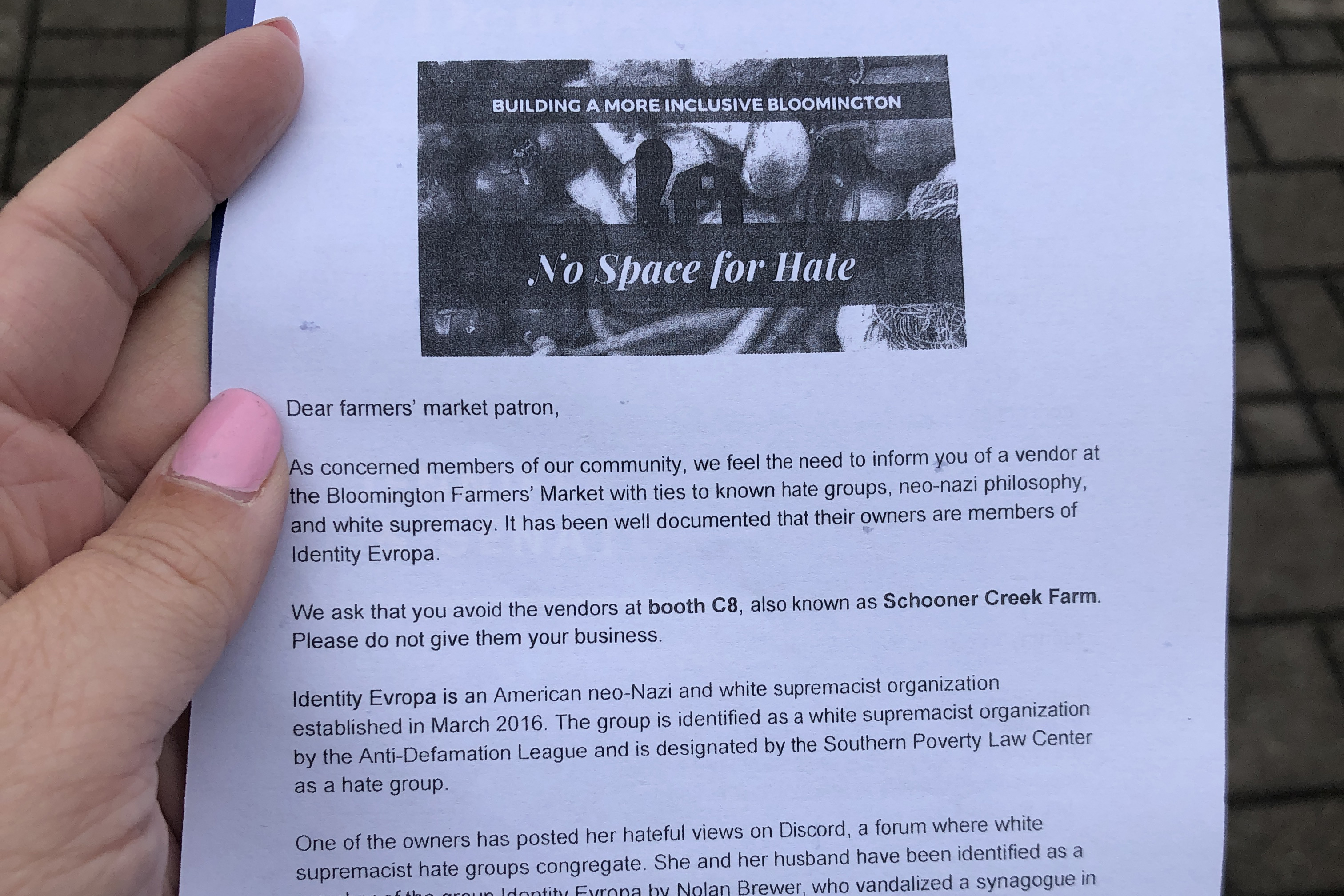 Some people have been handing out fliers at the edge of the market to alert people to the controversy. (Barbara Brosher, WFIU/WTIU News)

A Bloomington Farmer’s Market advisory subcommittee is considering how to move forward after reviewing the public's concerns about a farmer’s market vendor with alleged white supremacist ties.

The subcommittee met Monday and discussed feedback it received at a previous meeting, where several people called for the city to remove Schooner Creek Farms from the market. Owner Sarah Dye has allegedly been linked to a white supremacist website, and several market goers say that makes them feel unsafe.

"There are other people who are very much committed to the First Amendment and don’t want any vendors removed from the market because of their political beliefs," he says. "But we’ve also heard from people who very much want Schooner Creek to not be selling at the market."

The city has said it won't remove Schooner Creek from the market because it would be a violation of the owner's First Amendment rights.

McCallister says the advisory board only has the power to make recommendations to the city. He says they’re focusing on what they do have power to do: make the market more welcoming and inclusive.

"Part of our discussion was, if people don’t feel safe at the market, do they feel safe walking to the market? Or if we could make the market a more safe space, how does that address what’s going on outside of the market?"

He says the market advisory board plans to have a formal response to citizen feedback by its July meeting. McCallister says the city is also planning a July 11 forum in response to the controversy.

Schooner Creek hasn’t been at the last two farmer’s markets. The owners did not respond to a request for comment, but are asking for donations on their website.

"Our farm recently suffered a flood destroying almost all of our crops," a message on the homepage says. "In addition to that we have recently been the target of radical leftists/extremists in their attempt to destroy our livelihood and reputation in our own community which we have served for many, many years. This has been devastating to our family farm and has resulted in severe income loss."