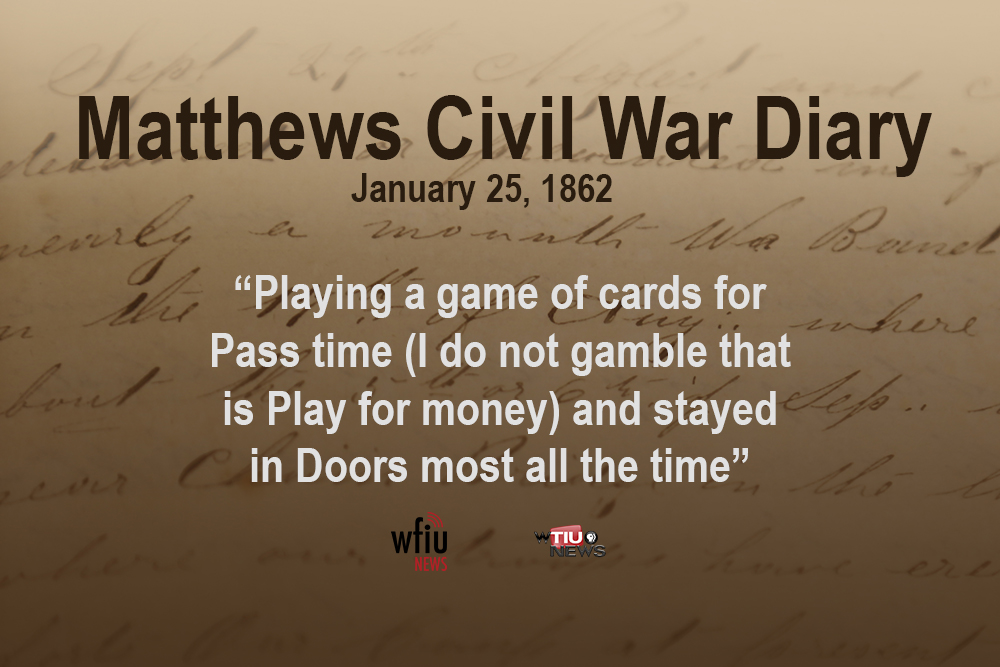 All the Past week it as rained and sleeted every Day and today it still continues pass the time in reading Playing a game of cards for Pass time (I do not gamble that is Play for money) and stayed in Doors most all the time Lieut Hinsmen started for Indiana today to recruit for the Regt Very windy all after noon and still so wen we retired.

Check back for the next entry on January 26.