Civil War Diary: 'Cannonading We Heard...Running The Rebel Blockade Of The Potomac' 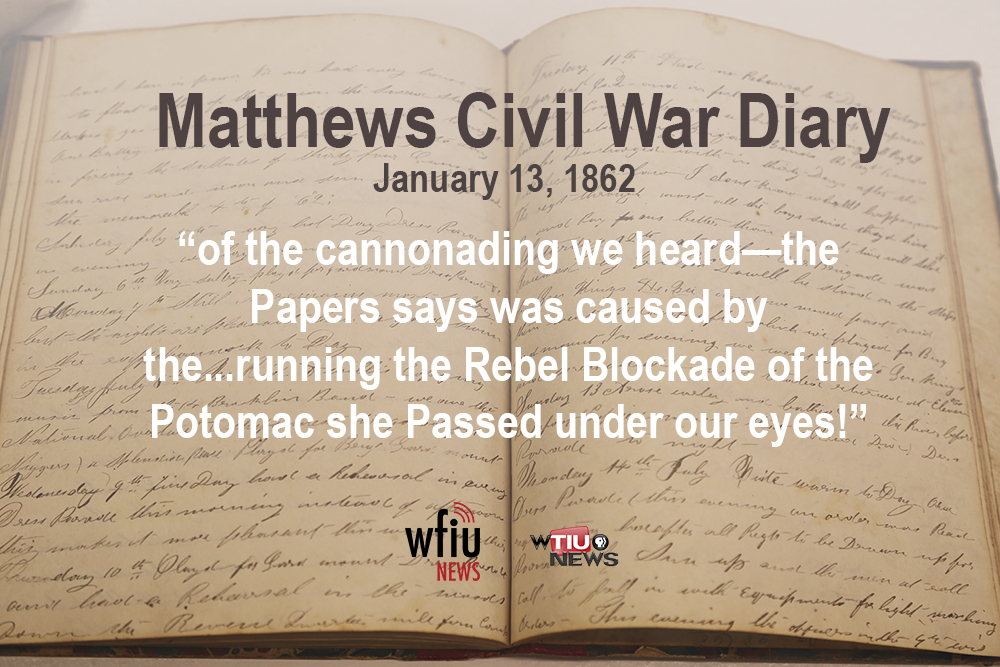 Spent the time Reading [illegible] we Played for Guard mount we had a few sociable game of Eucher & Seven up enething to Pass the time of the cannonading we heard—the Papers says was caused by the Pens[illegible] running the Rebel Blockade of the Potomac she Passed under our eyes!

Check back for the next entry on January 14.