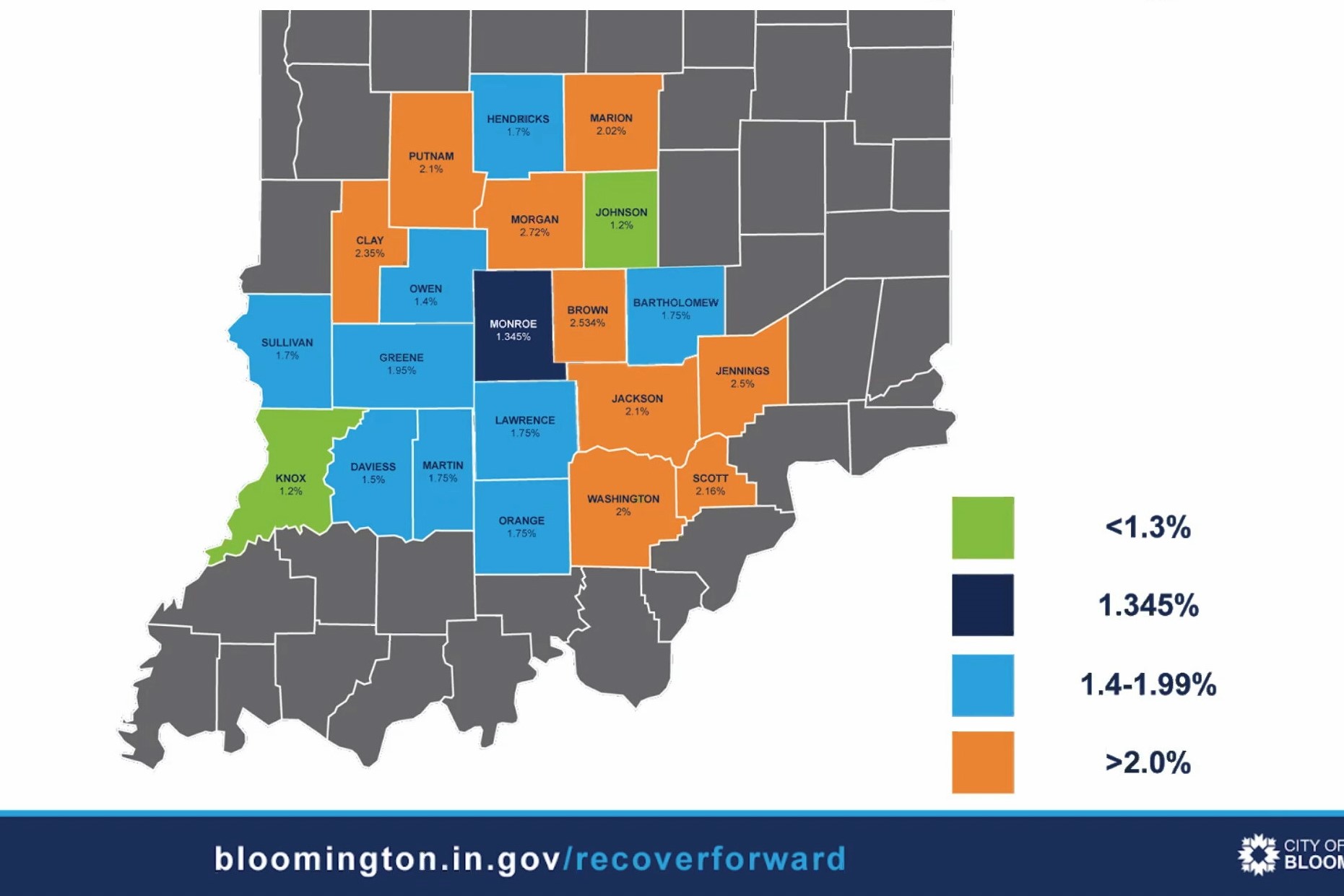 Mayor Hamilton said Monroe County's local income tax is one of the lowest compared to surrounding counties at 1.345%. (Courtesy: City of Bloomington)

The idea is to assist the community during the coronavirus pandemic by sustaining the local economy and addressing issues like climate change and social justice.

The council listened to the mayor give a presentation on his plan Wednesday night.

Councilmember Matt Flaherty, who is a big advocate in the fight against climate change, said the tax increase is a way for Bloomington to invest in a sustainable future.

“Generally speaking, I am a believer in government doing good things for the greater good and the public good with its tax revenues," Flaherty said. "I think that’s an important concept to keep in mind here.”

Other council members had trouble wrapping their heads around the exact goal of the tax.

Councilmember Susan Sandberg said even people who don’t mind a tax increase will still want to know where the money is going.

“But to me this is almost too large of a project. It’s too much of a kitchen sink approach, and it’s very very hard to take this message out to the constituents," Sandberg said.

Sandberg said it’s also discomforting that the city has so much power over an issue that will affect people beyond its jurisdiction.

The way the local income tax is set up, the Bloomington holds 58% of the county’s vote shares, and essentially controls the passage of the tax hike with that majority.

Resident Randy Paul said that’s not fair for lower income individuals who live outside of the city.

The tax is expected to generate approximately $8.7 million, in which $4 million will go directly to Bloomington, and the remaining funds will be dispersed to the rest of the county.

The city council will hold a final vote on the proposed tax on Wednesday, Sept. 16.