Columbus Church Known For Its Architecture Lands Grant For Repairs 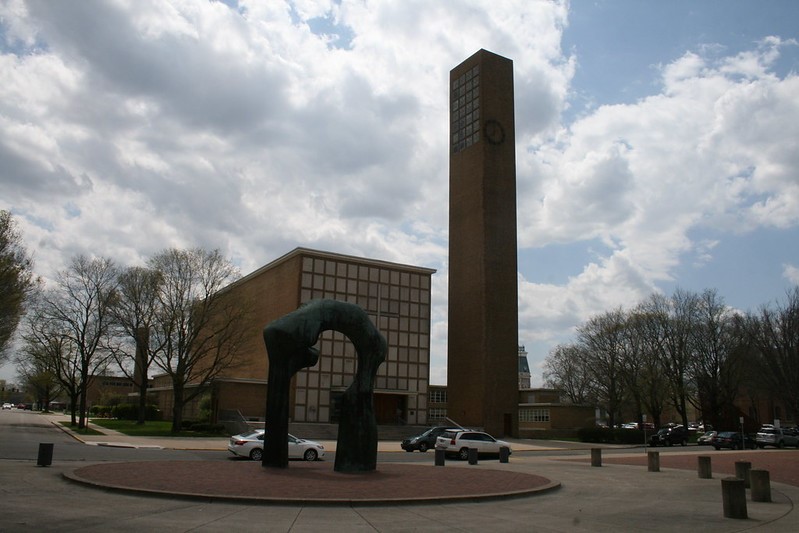 A historic Indiana church that became one of the nation's first Modernist churches in the 1940s has landed a $500,000 grant to repair its iconic bell tower.

The grant from the National Park Service moves First Christian Church closer to the $2.4 million needed to repair the Columbus church's 160-foot tower.

“Though we’re still a long way from the finish line, and we still need a lot of community support to get us there, this award definitely gives the project an encouraging boost,” said Jeff Logston, chairman of the First Christian fundraising committee.

The church, designed by Eliel and Eero Saarinen and completed in 1942, began the south-central Indiana city’s storied commitment to Modernist architecture, The Columbus Republic reported.

The box-like building features a grid of raised limestone panels on its main facade, while its soaring bell tower includes a similar grid pattern. The church was designated a National Historic Landmark by the National Park Service in 2001.

In 2018, water leaks in the tower were repaired, but experts found that cracks in mortar joints were allowing rain to get in, causing damage.

“The First Christian Church is an architectural gem in the Columbus community and it is our duty to help preserve national historic landmarks such as this,” said U.S. Rep. Greg Pence, R-Ind.

In December, Pence, the brother of Vice President Mike Pence, wrote a letter endorsing the church's grant application in their hometown and gave a speech on the House floor urging support for the project.