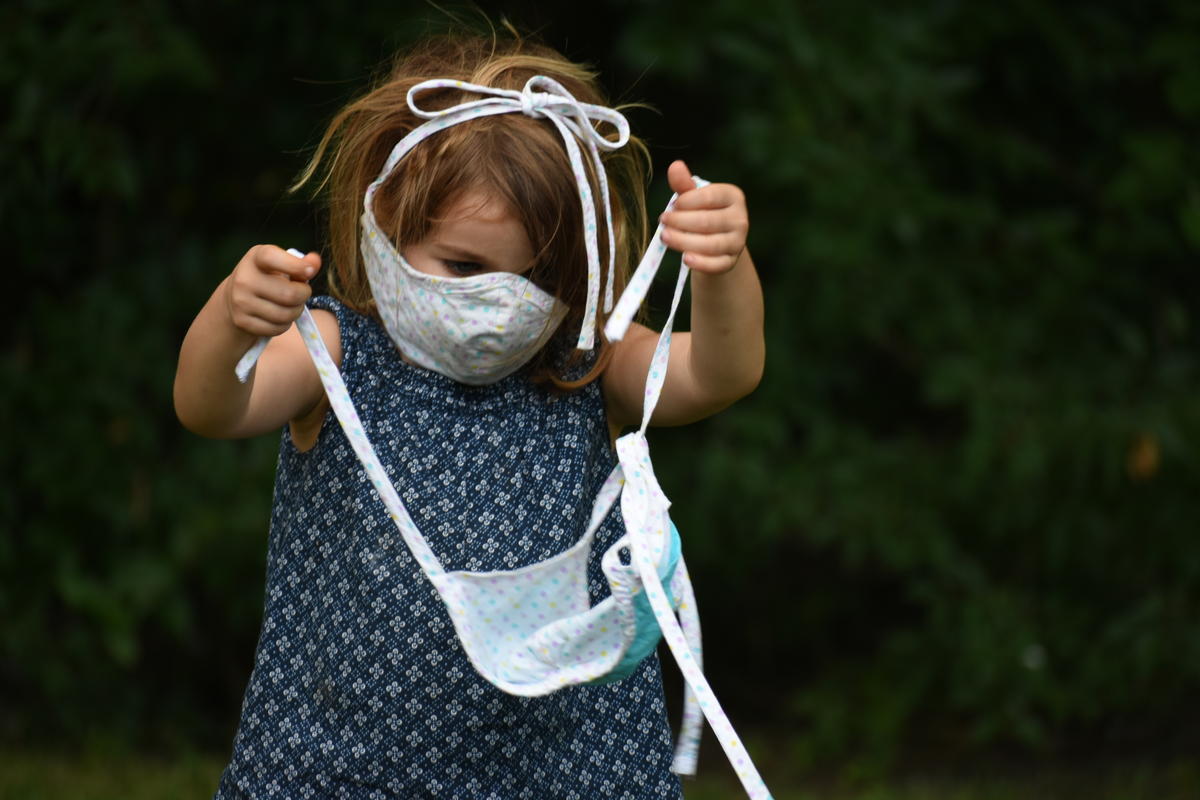 A child plays with a face mask. (Justin Hicks/IPB News)

A study from Ball State University found that the majority of the country’s most successful companies have less parental leave for fathers than mothers. That can have negative effects on growing families.

Most workers in the United States don’t have access to paid leave for parents. Researchers in this study found 72 percent of the Fortune 500 companies they contacted offer some paid parental leave. However, in most cases, mothers were given two to three times as much as fathers.

Richard Petts, researcher at Ball State, said when fathers are able to stay home with children, it has a whole list of positive impacts on the family. It could also mean mothers have more opportunity to stay in the workforce.

“If fathers aren’t offered longer periods of leave, or fathers choose to not take leave, then it sort of puts the burden of child care back on mothers,” he says.

For both fathers and mothers, the availability of paid leave was more common in technology and finance jobs than in industrial jobs.