Board Of Parks Commissioners To Decide Farmers' Market Future Thursday 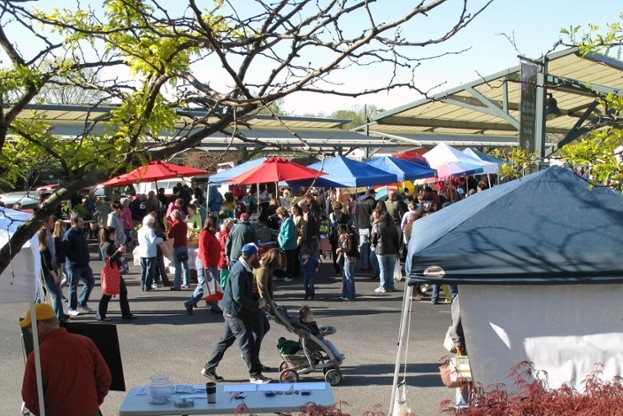 The Bloomington Board of Parks Commissioners will meet at City Hall this Thursday to decide on the future of the city’s Farmers’ Market.

The much-anticipated meeting comes in response to the controversy that has surrounded the Farmers’ Market in recent months, after a vendor’s ties to white supremacist group surfaced this past summer.

This led the city to shut down the market for two weeks because of the threat of protests. Officials said they could not ensure people’s safety.

Since then, city officials have been trying to figure out how to best proceed with the market.

Many protestors want the vendor, Sarah Dye of Schooner Creek Farm, thrown out of the market. But doing so would be a violation of the Constitution’s First Amendment and could subject the city to litigation.

Some activists have said new rules in the 2020 Farm Vendor Handbook could also get the city into legal trouble because they make it more difficult to protest.

At that Farmers’ Market Advisory Council meeting where the Handbook was updated, Council Chair Bruce McAllister said those threats of legal action could ultimately lead the Parks Department to drop the Farmers’ Market completely.

The Board of Parks Commissioners will meet Thursday, Jan. 9 at 4 p.m. in the City Council chambers at City Hall.