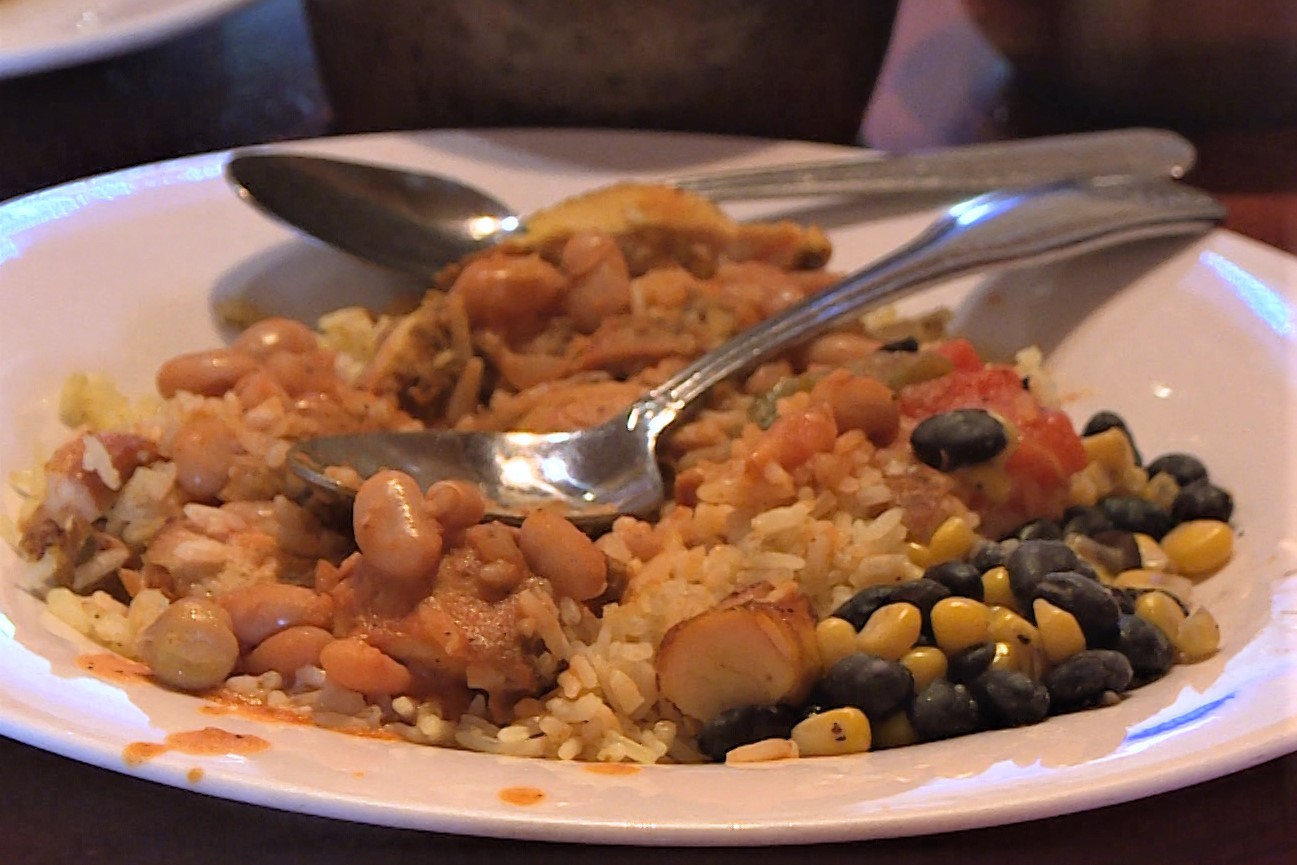 A dish at Anatolia Turkish Restaurant, one of the many ethnic eateries in Bloomington. (Tyler Lake, WFIU/WTIU News)

In Bloomington, restaurants are king.

And with so many coming and going throughout the years, it’s hard to keep track of what’s open around town.

So here’s our February 2020 Bloomington eatery round-up. Did we miss anything? Let us know, and we'll add it to our list.

IU Dining announced a long-overdue renovation of the food courts at the IMU in early December 2019. As part of the project, dining options were consolidated, temporarily closing The Chocolate Moose, Green Leaf, B-town Pizza, Sakura Sushi & Hot Bowl and Sugar & Spice until January 2021.

However, the IMU Starbucks, The Circle Café, The Tudor Room, The Globe and Union Market are still open and serving food.

In late December 2019, the owners of pizza chain King Dough announced the closure of the Bloomington location, which had been operating in town since 2015.

In an Instagram post, King Dough Pizza wrote that it was proud of its charity work in the community and its history of hosting touring bands without charge.

The time has come to close the doors of king dough BLOOMINGTON for good. We are proud of every pizza we donated to community youth radio, every dollar we raised for local charities, every show we were able to host for touring bands with no door charge, and every pizza we gave to people down on their luck. We appreciate every single person that spent their time and money in our little pizza shop. And most importantly we love every person that worked with us over the past 5 years, we weren’t shit without your commitment. It was our goal from the start to offer the best pizza, wine, beer, and gelato we could, and we did a hell of a job of it all the way up to our last jam packed weekend. Love you all... go support awesome local restaurants Cardinal Spirits, Dō, and Function! We hope to see y’all at our Indianapolis location!

Bloomington mainstay Yogi’s returned to town under new ownership in November 2019. Finney Hospitality Group’s re-imagination of the classic college town bar and grill is located at the corner of Seventh and Walnut Street.

The original location closed in July 2017 after 25 years in business.

The people behind The 3 Amigos Mexican restaurant opened Mr. Taco, a fast-paced Mexican eatery, in mid-November 2019. The restaurant announced on Jan. 27 via Facebook that it would soon be adding a breakfast menu.

Local coffee shop powerhouse Soma opened its third Bloomington location in early December 2019 at the corner of Hillside and Henderson in the old Feast and Oona building – its first location not near IU’s campus.

The Village Pub – home to cocktails, wine, beer and Hawaiian-inspired bar food – opened in the historic Princess Theater in early December 2019. The building was formerly occupied by Alchemy, which closed after a 2018 electrical fire.

With a nod to the geological history of southern Indiana, Sweet Grass restaurant rebranded and reopened as Southern Stone on Jan. 1, 2020.

The owners of the food truck Pili’s Party Taco opened a brick and mortar storefront on South Walnut, just off the square, in early January. María del Pilar “Pili” Gonzalez’s Mexican deli sells the ingredients she uses on the food truck as well as Mexican bread, tamales and chilaquiles on a rotating schedule.

Bloomington pizzeria Trailhead reopened in late January, six months after it was forced to close due to someone driving their car into the building.

This was the third time in the restaurant’s history that a driver has run off the road and collided with the property in some capacity.

Mexico-born, New Delhi-raised Michael Pantall is opening a restaurant in the old Topo’s 403 building on North Walnut Street. With a ribbon cutting Feb. 12 and a Valentine’s Day opening, fare will include modern, internationally-inspired vegetarian cuisine as well as steak, poultry and seafood.

A sticking point of The Standard Grain is its “pet menu,” which diners will be able to utilize to order to-go food specially made for cats and dogs.