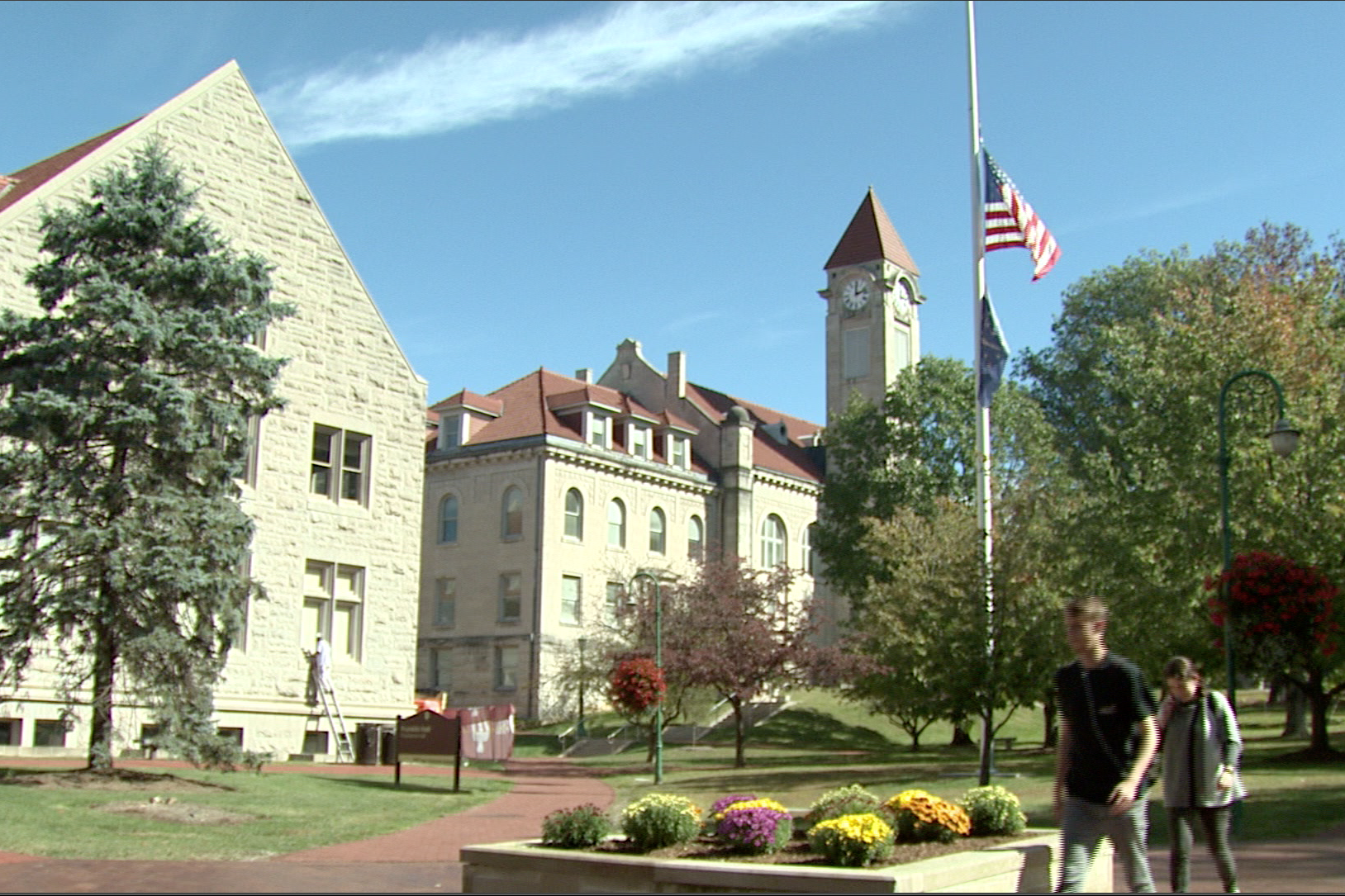 While IU is set to welcome students back for the fall semester, and preparations have been made to keep students, faculty, and the community at large safe, some residents have growing concerns about COVID-19’s impact on the Bloomington community’s safety and the economy.

Marsha Herman-Betzen has been a Bloomington resident for 35 years and was the former executive director of the Association of College Unions. She wrote into our City Limits series wondering about what the return of the student population means, not only for the health of all Bloomingtonians but also for our economy. She says that the increase in positive COVID-19 cases is troublesome because information keeps changing daily.

She said, “I’m really concerned, and this is before 40,000 students come back to campus.”

In addition, IU’s plan for the upcoming semester involves removing the fall break and shifting the semester after November 30th to online learning only. The same will be done with the spring semester, except classes leading up to February 7th will be strictly virtual. IU will also add an online-only winter session from November 30th to February 7th.

Herman-Betzen said that she feels hopeful in one sense. She said, “I do think that Indiana University, just so you know, has really worked hard to come up with a plan.”

But she also saw a recent study conducted by Smart Asset that rated Bloomington as the No. 1 most economically vulnerable college town during COVID-19. It says that even towns where schools have decided to allow students to return in the fall, like IU, there may continue to be dampened demand for typical collegiate expenditures such as eating out and attending sports games.

Smart Asset compared 95 college towns across the US with populations of 50,000 people or more across six metrics.

Mark LoCastro is a spokesperson for Smart Asset. He said several factors put Bloomington on top of the vulnerability list.

He said, “And for those six metrics, we analyze undergraduates as a percentage of the population, college staff as a percentage of workers, and the concentration of four types of local businesses that typically rely on spending from the student body. For those four business types, these are all likely to suffer the most from reduced student activity. And those are restaurants and bars, bookstores, entertainment establishments, and hotels.”

LoCastro said that Bloomington ranks in the worst half of the study for all of the six metrics the study considered. Students in Bloomington make up nearly 34% of the population. More than one in three Bloomington residents is an undergraduate student at Indiana University. Another metric is college staff as a percentage of workers and that's just under 23%. So close to one in four workers in the city is affiliated with the university, and that's the 12th highest percentage in this study.

LoCastro said that even though IU is opening back up for in-person classes, the local economy will still suffer.

He said, “Even in places where schools will resume in person classes in the fall local businesses that again typically rely on spending from the student body may still suffer as people practice social distancing. They may not be going to bars and restaurants and entering entertainment establishments as much as pre-coronavirus levels.”

LoCastro said the findings are important because these economically vulnerable college towns need to know what’s ahead and to make some type of financial plan.

He said, “They may want to investigate the coronavirus relief measures that may be available to them.”

Mayor John Hamilton said in a recent speech that the city of Bloomington needs a Recovery Forward Program. By that he means recovering from the pandemic and economic collapse and moving FORWARD into the future with the goal of building the community we want – racially more just, economically fairer, and environmentally more sustainable."

Herman-Betzen said that the health of our nation and the economy go hand in hand.

She said, “There are no easy answers here. Everybody wants the economy to flourish, you know, but unfortunately without getting into any politics, unfortunately we have done this ass backwards.”

Herman-Betzen said if businesses are suffering now - and they are - it’s going to be really bad for business if the death rate continues to rise.