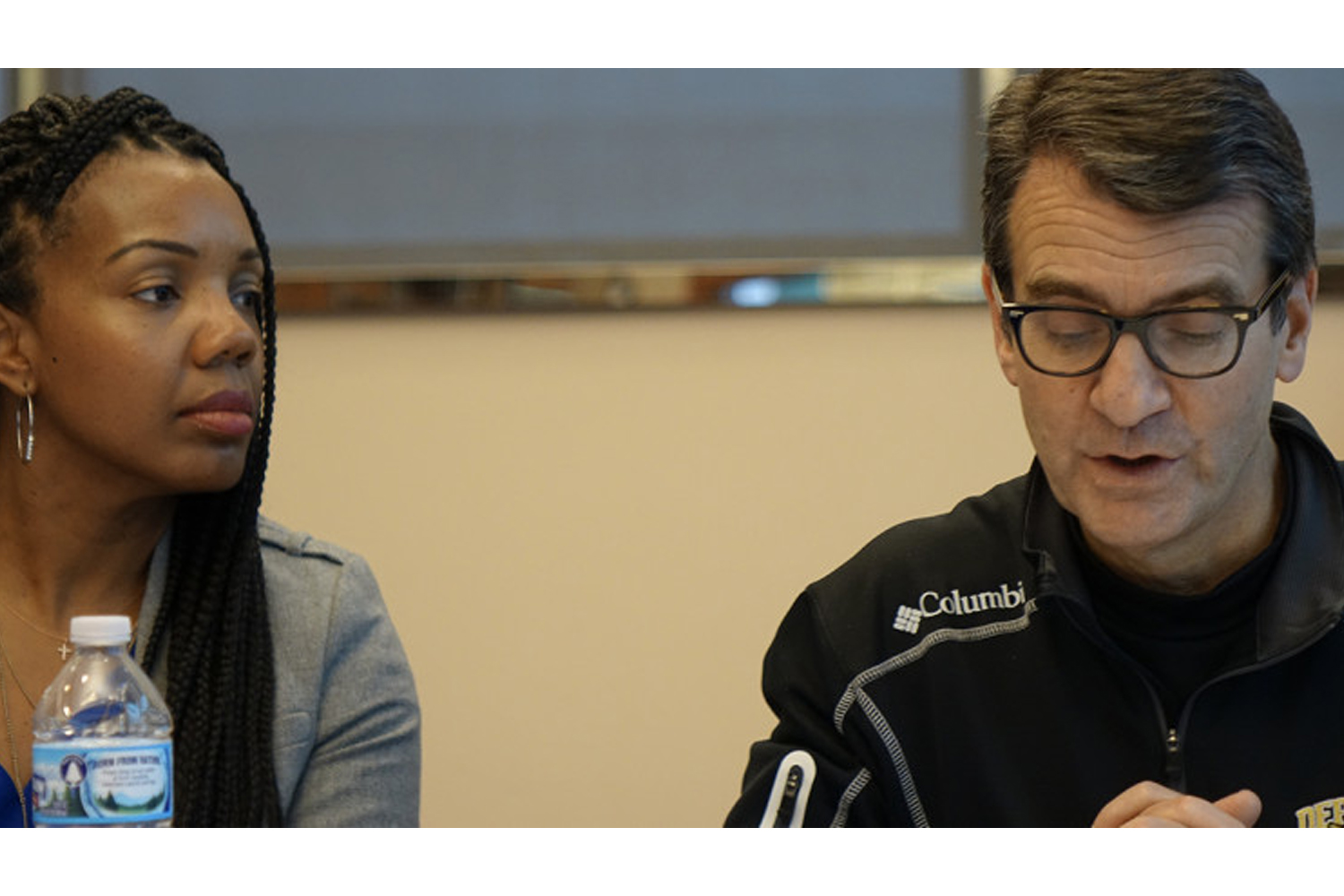 Just two months ago, the notion Indianapolis Public Schools would purchase a device for every student was barely a consideration. The district was focused instead on providing a three-to-one student-to-device ratio, for laptops and tablets that students use during the school day.

Now, in wake of the new coronavirus and the closure of school buildings this academic year, district leaders say one-to-one access to technology is a top priority. IPS and other districts are preparing for scenarios where students could continue learning from home this next academic year, if the pandemic is not under control.

IPS leaders estimate they will spend $12 million to meet that goal and ensure each student has access to the internet by the fall. Around 40 percent of students cannot currently get online at home, according to district estimates.

So far, 3,700 Chromebooks and 900 MiFi mobile hotspot devices have been distributed to students. The district is now ordering 14,000 more Chromebooks for grades 3-12 and 7,000 iPads for grades K-2, at a cost of about $9.2 million, says Weston Young, chief financial officer. Plans are underway to purchase 9,000 additional wifi hotspots and related internet access.

Johnson and other top administrators gave an update on the plan to the IPS Board of Commissioners during a virtual meeting Thursday. A live feed of the meeting was available on the district’s Facebook page.

“We know that, in the fall, we need to be very nimble and flexible and prepared to exist in both a virtual-home-learning world and, hopefully, in an in-our-school-facility world,” Johnson told the board. “And to do that well, it requires each of our students to have access to technology.”

Johnson says the district can shift some existing operational funds and bond reserves, and access new funds, that could help pay for the technology. IPS will receive $21.2 million in federal funding from the Coronavirus Aid, Relief, and Economic Security (CARES) Act; the IPS Education Equity Fund, launched by the IPS Foundation, has raised nearly $400,000; and the Indianapolis E-Learning Fund granted $246,000 to support e-learning efforts.

Despite the global economic downturn the district is positioned relatively well financially, for the time being, says Young, chief financial officer. The district is projected to have an $84 million cash balance by the end of June.

Two of the reasons for that balance: voters approval of a $220 million operating referendum and enrollment at the highest level since the 2013–14 school year.

Yet bad news could be coming. State officials have not warned of a change in per-student funding levels for the 2020-21 academic year, but that could change. Indiana’s tax revenue, which is used to fund schools, came in about $63 million less last month than the state budgeted for.

“We do have some property tax timing considerations, but overall, I don't feel that we have a drop in revenue for all that is expected,” Young says about the current fiscal year.

Also, during the meeting, Johnson updated the board on the district’s continuous learning plan. School will expand next week, from the requirement of three days of course work per week, to four days. IPS will also hold virtual summer school for high school students who need to earn credits required for graduation.

Plans for some type of high school graduation for each school are underway, Johnson says. Senior students are contributing to the plans.

Some board members raised concern over the $1.77 million sale of the underused Forest Manor Professional Development Center, at 4501 East 32nd St., for a yet-to-open charter school, the HIM by HER Collegiate School For The Arts.

“I don’t want them taking more of our IPS students,” Commissioner Elizabeth Gore says about students leaving the district for nearby charter schools. “To our children, I owe a little algenice to keeping our children in that area.”

The sale was approved in a 4-3 vote, with commissioners Gore, Taria Slack, and Susan Collins voting no.

HIM by HER Collegiate School For The Arts will use the building for its school. The school is operated by the HIM by HER Foundation. Indianapolis police detective Harry Dunn runs the foundation. The nonprofit’s name stands for Helping Improve Mankind by Healing Every Race. Ball State University’s charter school committee authorized a charter last year if Dunn met certain conditions, including finding a location.

Previously, Forest Manor was listed on the state’s surplus school building list, and at that time it could have been purchased for $1 by a charter school.