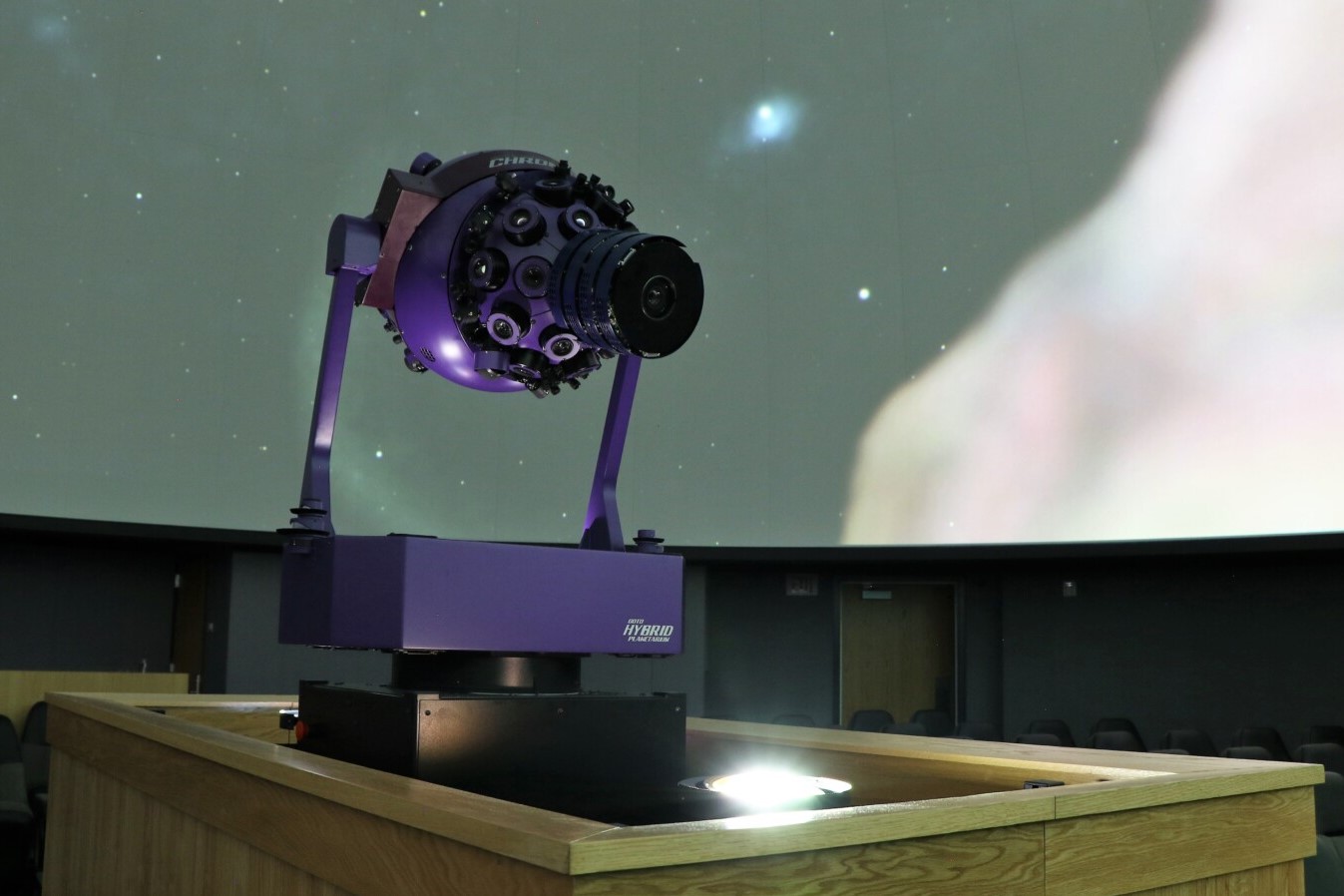 The star projectors at the Charles W. Brown Planetarium use many computers to produce 4K images of the stars. (Ball State University)

At the Charles W. Brown Planetarium, it takes several computers to digitally project 4K images onto the 52-foot dome for public shows.

Planetarium director Dayna Thompson says nine of those computers are now connected to a research effort called Rosetta@home.  It’s part of a network creating a “virtual supercomputer” that is currently helping the Baker Laboratory at the University of Washington map the structure of proteins in the coronavirus.

“So they’re using this computer power to predict the three-dimensional shape of proteins, which are really the building blocks of life.  And that’s important to understanding COVID-19 and producing new or stable mini proteins that could then be used as therapeutics or diagnostics to help with this.”

Thompson says about half-a-dozen planetariums nationwide are helping with effort, including the Adler Planetarium in Chicago.  As the largest planetarium in Indiana, she wanted to help.

“So once I found out that planetariums were using their computers to actually run the software to help with the COVID-19 pandemic, I was like, ‘How can we get it on our system?’”

And she says the more computers that are hooked in, the faster the research can go.  That’s why she says more Ball State computers will soon contribute to the project.  They include several more in the “production dome” in the Cooper Science Building that was Ball State’s first planetarium, built in 1967.

Still Focusing On The Skies

While public presentations at the planetarium dome are cancelled, Thompson and the planetarium staff have taken the show to social media. On Facebook, they’re producing videos called the #YourUniverse series.

“This week, we are exploring the Sun,” says Thompson.  “Then we’re going to move out from our Sun to explore Mercury, then Venus and Earth, then all the planets in our solar system, and even the dwarf planets and beyond.”