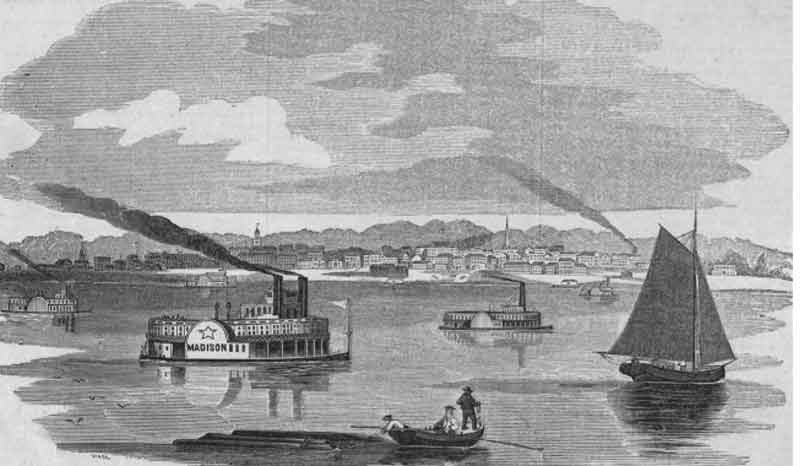 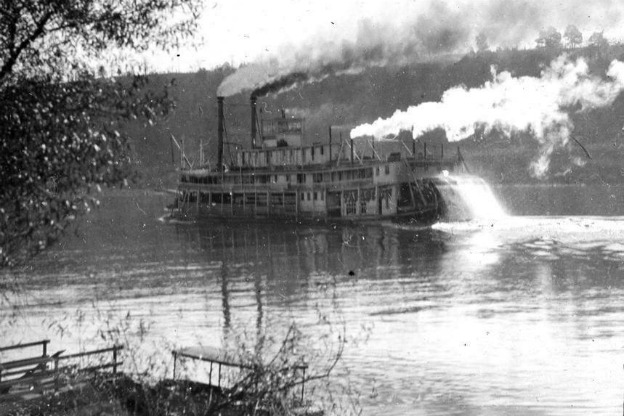 Pekin of Fourth of July

Although these observances predate it, the Pekin celebration is noteworthy for having recurred annually since its inception in 1830, when several families gathered for the 54 th anniversary of the Declaration of Independence. Though Pekin was platted on the south side of the Blue River in 1831, within twenty years a station for passengers traveling on the New Albany and Salem Railroad was built on the river’s more level north side.

Those who follow college football know that the Monon Bell represents the long-time rivalry between DePauw and Wabash Colleges. The 300-pound locomotive bell, first awarded as a trophy in 1932, was a gift from the Monon Railroad. Founded in 1847 as the New Albany and Salem Railroad, the Monon provided service from Lake Michigan to the Ohio River by 1853.

Drivers pulling off the Interstate for a quick meal might be induced to make it KFC, or Kentucky Fried Chicken, in the hopes of savoring a home-style Southern dinner. Although its name might inspire nostalgia for the Bluegrass State, Kentucky Fried Chicken first opened its doors in South Salt Lake, Utah in 1952. That restaurant was a franchise sold by Harland Sanders, a 62-year-old native of Henryville, Indiana.

William S. Culbertson was once considered the wealthiest man in Indiana. He settled in New Albany, Indiana and amassed a fortune that in today’s today’s economy would equal about $61 million.