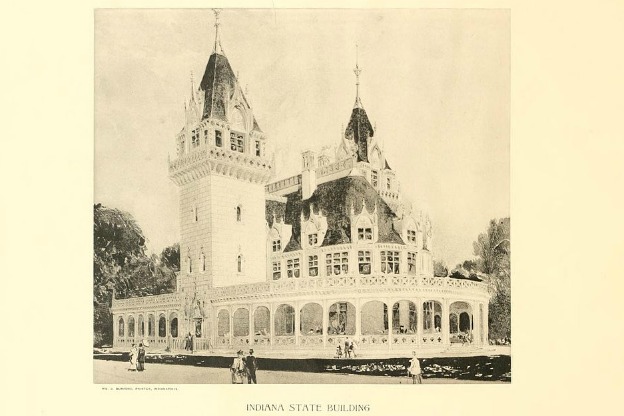 Representing Indiana To The World

Nearly one in seven Hoosiers attended the 1893 Chicago World's Fair during its run.

Once lauded as the world’s most progressive dwellings, five vintage model homes have long nestled into the dunes of Indiana’s Lake Michigan shoreline.

Growing up in Chicago, James Watson was into watching birds– and matching wits on the popular syndicated radio and TV series, Quiz Kids . Even with all this extracurricular activity, Watson managed to graduate from high school at age 15, issuing directly into the University of Chicago in 1943.

Although she inhabited the upper reaches, Sandy Allen was remarkably down-to-earth. Recognized by Guinness World Records as the World’s Tallest Woman in 1975, the Shelbyville resident held that title until her death August 13, 2008.

When T.C. Steele and colleagues returned to Indiana in the mid-1880’s after studying at Munich’s Royal Academy of Painting, their canvases evinced the tonal realism they’d absorbed there.

The dappled light and broken brushstrokes of the landscape paintings that belong to the Hoosier School seem indebted to the French movements of impressionism and post-impressionism. But the paintings’ true background is more precisely German.

The worlds of poetry and arts advocacy were astounded when, in late 2002, it was announced that the small Chicago publication, Poetry , and the Washington-based lobbying group Americans for the Arts were the beneficiaries of gifts of more than 100 million dollars apiece.

Indiana has consistently captured the attention of Hollywood with its legendary athletic figures and traditions. Such films as Knute Rockne: All-American, The Crowd Roars, Breaking Away and Hoosiers have lent a glamour to Hoosier sports once reserved for its gangsters.

Many who bemoan the commercialism of Christmas consider the phenomenon to be a recent trend. In Indiana, however, corporate wrangling for holiday dollars goes back at least to the 1930s. A southern Indiana town has inspired entrepreneurs ever since town postmaster James Martin began promoting the Santa Claus, Indiana postmark in the 1920s.