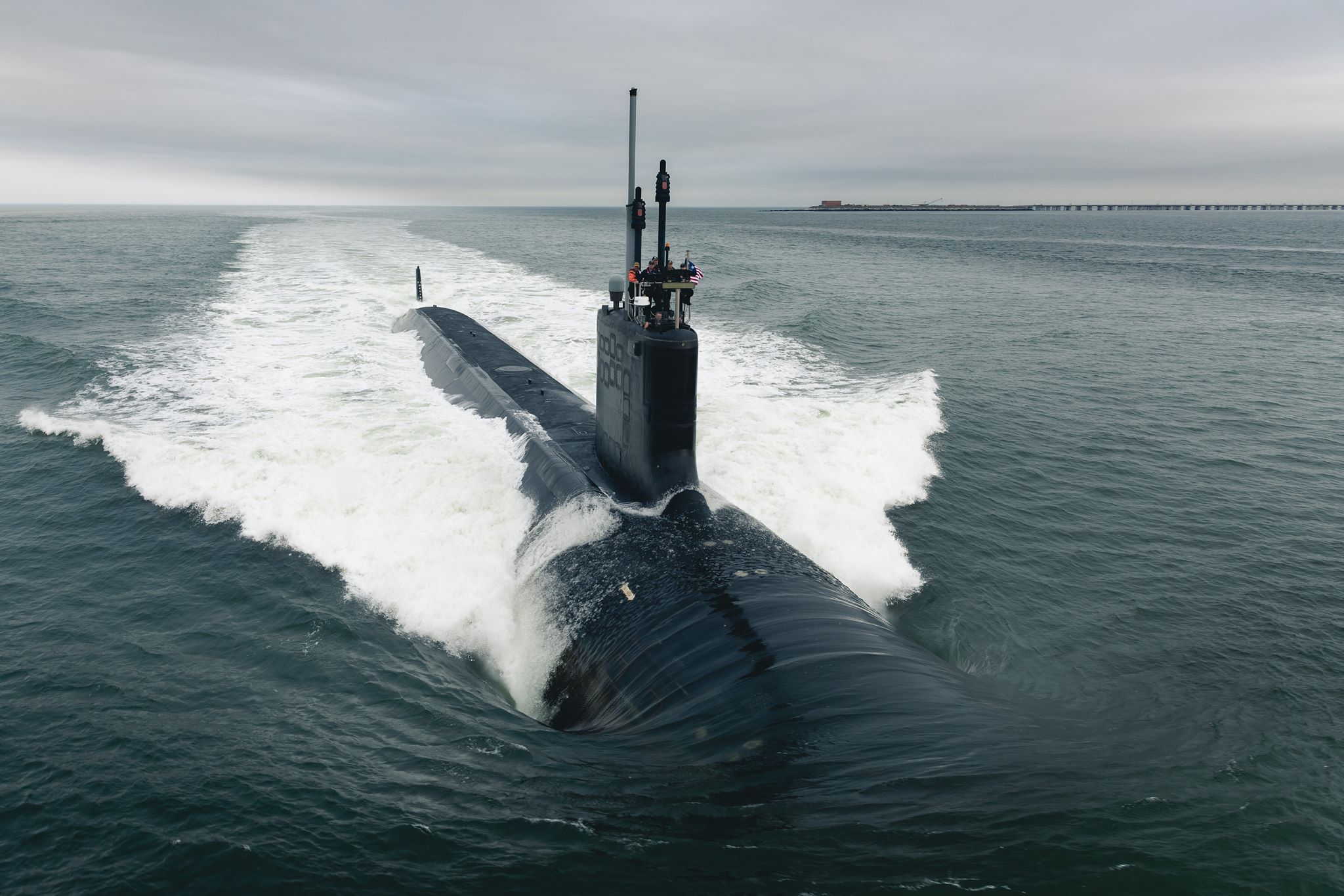 A bit of the Midwest is one step closer to heading out to sea.

The newest Virginia-class submarine, to be branded the USS Indiana (SSN 789), was delivered to the US Navy this week after construction on it began back in 2012.

“That these ships have borne the name Indiana is a testament to our state’s historic commitment to the security and prosperity of the United States,” Sen. Joe Donnelly wrote in a letter of support. “The USS Indiana will represent Hoosiers’ service and sacrifice on behalf of this great nation.”

The sub is only the fourth vessel to be named after the Hoosier State and the first to be in active military service since World War II. The first USS Indiana was a battleship commissioned in 1895 and utilized during the Spanish-American War.

According to another letter of support by Gov. Eric Holcomb, the Indiana name is more than just lip service.

“[It was] constructed with parts and machinery from more than 100 Indiana manufacturers from across the state, a testament to the excitement and collaborative spirit felt about this project all over Indiana,” Holcomb wrote.

But what exactly is a Virginia-class submarine? This type of vessel is one of the Navy’s heaviest hitters. The Block III, the current wave of these subs that includes the Indiana, has launched five others previously.

A press release from the Navy states that a Virginia-class Block III replaces typical missile launch tubes with two large-diameter payload tubes. Each tube is capable of launching six Tomahawk cruise missiles each.

Block IIIs also differ in their bows. The sonar array in the front of the submarine is backed with water instead of air; that means more moving parts needing maintenance are taken out of the equation, and elements needed to maintain air pressure are eliminated entirely. This allows the military to save over $10 million per sub without sacrificing combat capabilities.

In terms of where the USS Indiana can operate, it’s a bit of a Swiss Army knife. This class of submarine can operate in either deep waters or near shores. Furthermore, it’s armed to take on other subs as well as ships on the surface, perform intelligence gathering and surveillance, conduct mine warfare and support special operations forces.

Of course, that show of military might doesn’t come cheap. According to a report by the Congressional Research Service, a vessel like the USS Indiana can cost up to $2.7 billion.

In what kind of action the USS Indiana will take part remains to be seen, but Virginia Class Program Manager Capt. Christopher Hanson said the delivery was a proud day for those involved.

“Indiana’s delivery marks the culmination of millions of man-hours of work by thousands of people across the country to bring the world’s foremost undersea asset to the fleet,” Hanson said in a press release.

The USS Indiana is set to be commissioned at the end of September. For more information, you can head to the USS Indiana website.