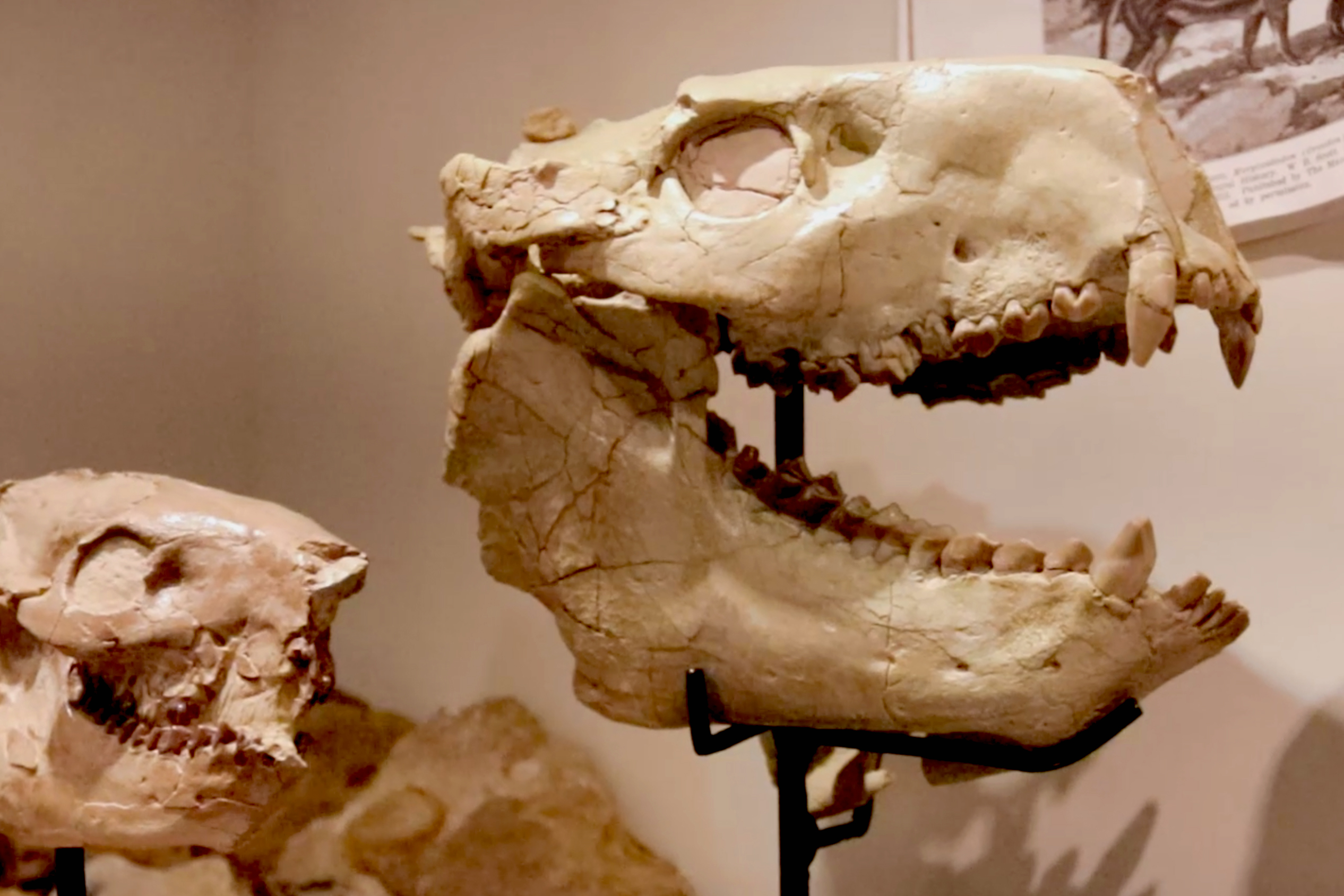 Martinsville resident and former Bloomington business owner Steve Bodi was bit by the bug of going out west to hunt for billion year-old buried treasure.

His fascination with fossils began as a boy through his collection of interesting and shiny rocks. It wasn't until 10 years ago that paleontology became a passion for him, after he found bits of dinosaur bone on his first excavation in South Dakota. When 12 hours of searching in the freezing, blowing snow didn't stop him, he knew he was hooked.

In 2014 Steve joined his brother-in-law on an excavation into the badlands of Montana. Based on a tip, they searched a local Rancher's property and found the camouflaged tail end of a dinosaur that had surfaced from the side of a hill. They expanded their dig to reveal an almost fully articulated dinosaur skeleton. It took them three full summers to excavate Juliet, the name they gave to the 28-foot-long, headless Hadrosaur.

Twenty-three expeditions later, Steve now houses a special room solely dedicated to displaying all of his fossilized findings. This show room, a prep lab and the massive plaster casts filled with Juliet's skeleton can all be found in the headquarters of the Southern Indiana Paleontology Institute located right next to his home in Martinsville. SIPI is an organization Steve formed to encourage, educate, and provide opportunities for others to join him, both on the dig site and in the lab where the cleaning and prep work is done.

We recently caught up with Steve to tell us more about how he got started, finding Juliet, and his hopes for the future of SIPI. Check out the video below!

Steve wants his passion for paleontology to be shared. He hopes the public will be able to watch the second reveal of Juliet as a team of paleontologists crack into the plaster casings and begin to put her back together. This self -taught scientist is proof that no dream (or Dino) is out of reach.