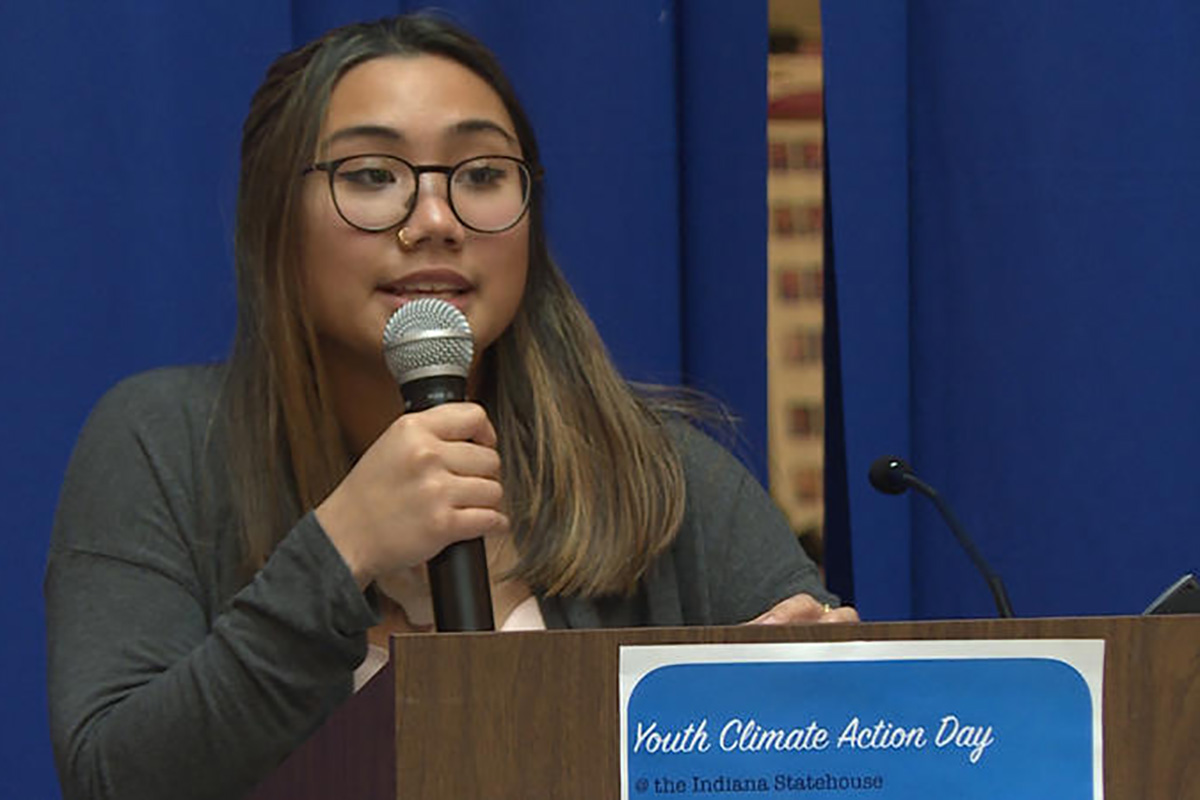 Hundreds of kids from all over the state gathered at the Indiana Statehouse for Youth Climate Action Day. The event invites young people to encourage their lawmakers to pass policies that address climate change.

Indiana University student Silvia Lombardo stands in the capitol atrium in front of a sea of grade school kids.

“It's really important to bring those children to the forefront of this message because it's their lives that we're toying with. And they should be growing up with the mentality that they need to protect their climate," she says.

Organizers say young people have led efforts to pass climate resolutions in no less than seven cities in the state.

In honor of the event, Rep. Carey Hamilton (D-Indianapolis) is proposing a House resolution. It would require the state to form a summer study committee on climate change and recommend policies on climate solutions.

The committee would look into things like green manufacturing — getting the state more involved in making electric vehicles, wind turbines, and solar panels. It would also help make communities more walkable and climate resilient.

“So the economic opportunity is great, and the economic risks of doing nothing is just as significant,” Hamilton says.

Even if the resolution passes, there is no guarantee that the summer study committee would be created. Three of four caucus leaders would have to agree to study the issue.

Hayden Redelman is a senior at Bishop Chatard High School. He says climate action shouldn't be a polarizing issue.

“We need to refocus and realize that climate action is about protecting our future. So many times we make it an issue of ‘we can have economic success and prosperity or we can have climate protection,’ but we can have both," Redelman says. "And to a degree, what's the point of saving X number of dollars without these climate regulations, if we're not going to have a healthy environment that we can live in?”