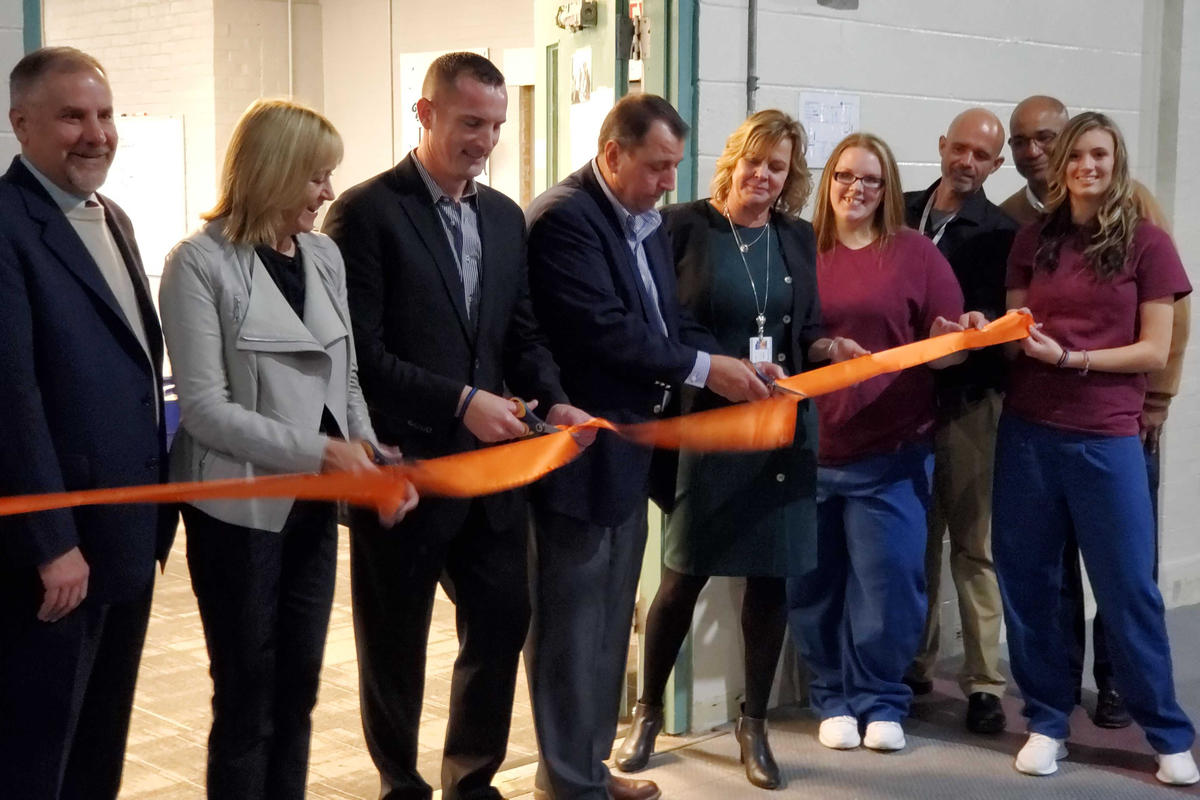 Indiana Department of Corrections and Televerde officials cut a ribbon to celebrate the opening of a new call center at Madison Correctional Facility. (Samantha Horton/IPB News)

Sales and marketing company Televerde celebrated the opening of its newest call center at the Madison Correctional Facility for women Friday. The company sees itself helping address the workforce shortage by preparing program participants and employees for professional careers after release.

Televerde trains and employs women while they are serving time to help provide opportunities after they leave the facility, with aims to reduce recidivism rates.

CEO Morag Lucey says with a growing workforce shortage, the company is tapping into an underutilized population.

“As a country, we’re going to be short of people to fill jobs, we really are,” says Lucey. “And especially jobs in technology and in sales and marketing and so we want to be creative about other avenues.”

Lucey says the company aims to ramp up expansion soon to meet its goal of helping 10,000 people who come from disempowered communities including veterans and people from the foster system.

Indiana is the second state where Televerde has established call centers in prisons, following Arizona.

Indiana Department of Correction Deputy Commissioner James Basinger says this expansion strengthens the partnership between the two. He hopes to see Televerde establish an office to employ women once they leave prison.

“And as we bring this workforce inside a correctional facility, we’re hoping for them to bring an off-site call center into the state of Indiana where these women can go from being incarcerated, going out into the community, and going into a job that’s already there for them,” says Basinger.

Televerde is a global sales and marketing company and established its first Indiana call center at the Rockville prison in 2015.