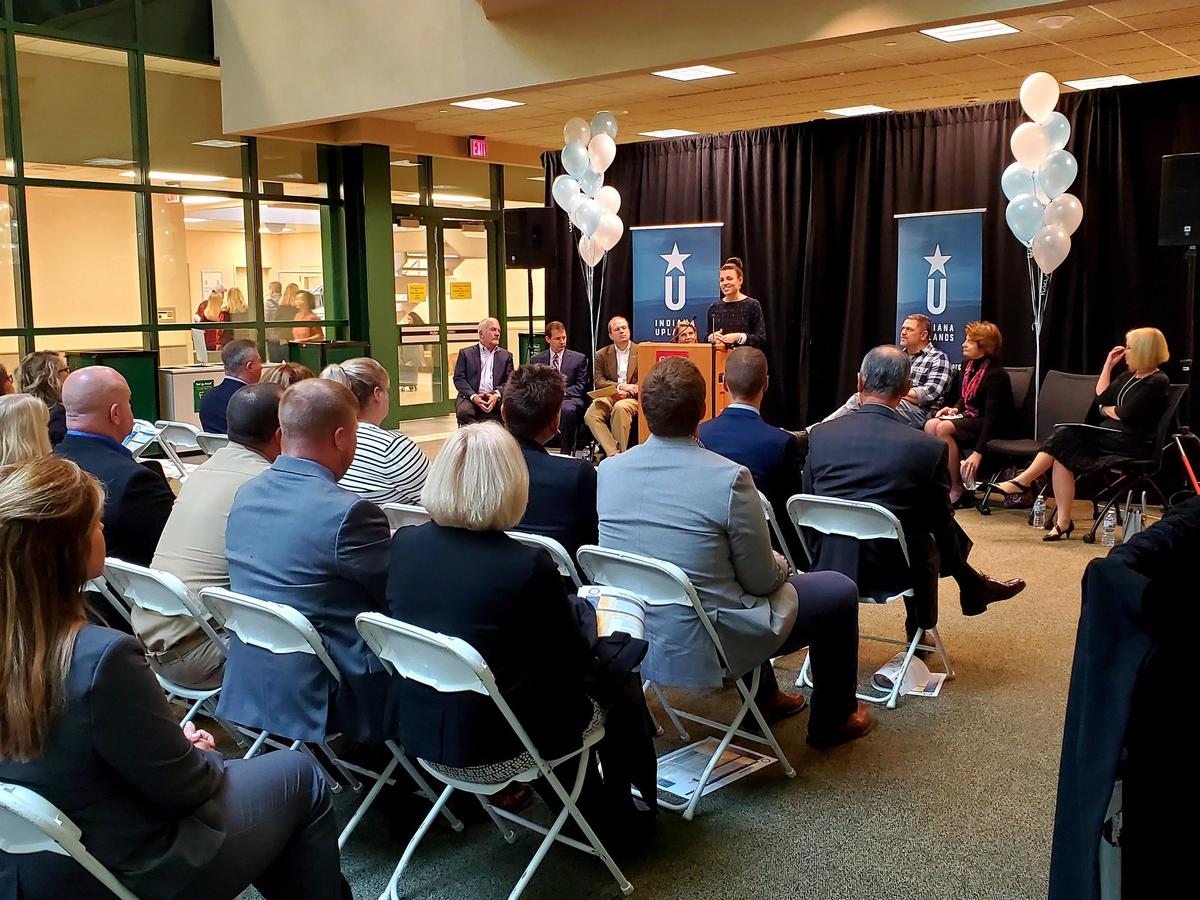 The announcement of the Indiana Uplands 21st Century Talent Region on Monday. (Courtesy of the office of Career Connections and Talent)

Eleven counties in southwest Indiana have been named a 21st Century Talent Region by the office of Career Connections and Talent. The designation means that regional organizations have formally committed to attracting and developing skills for their workforce.

The group Regional Opportunity Initiatives is the lead partner for the talent region it’s calling the “Indiana Uplands.” The goal is to increase population, household income, and post-secondary education levels by 2025.

“The idea behind the designation is it becomes a vehicle for bringing together all the different partners that are really critical to have at the table to influence those kind of factors,” she says.

This is the third designated 21st Century Talent Region in the state. The agency expects to identify nine more regions in the next year.