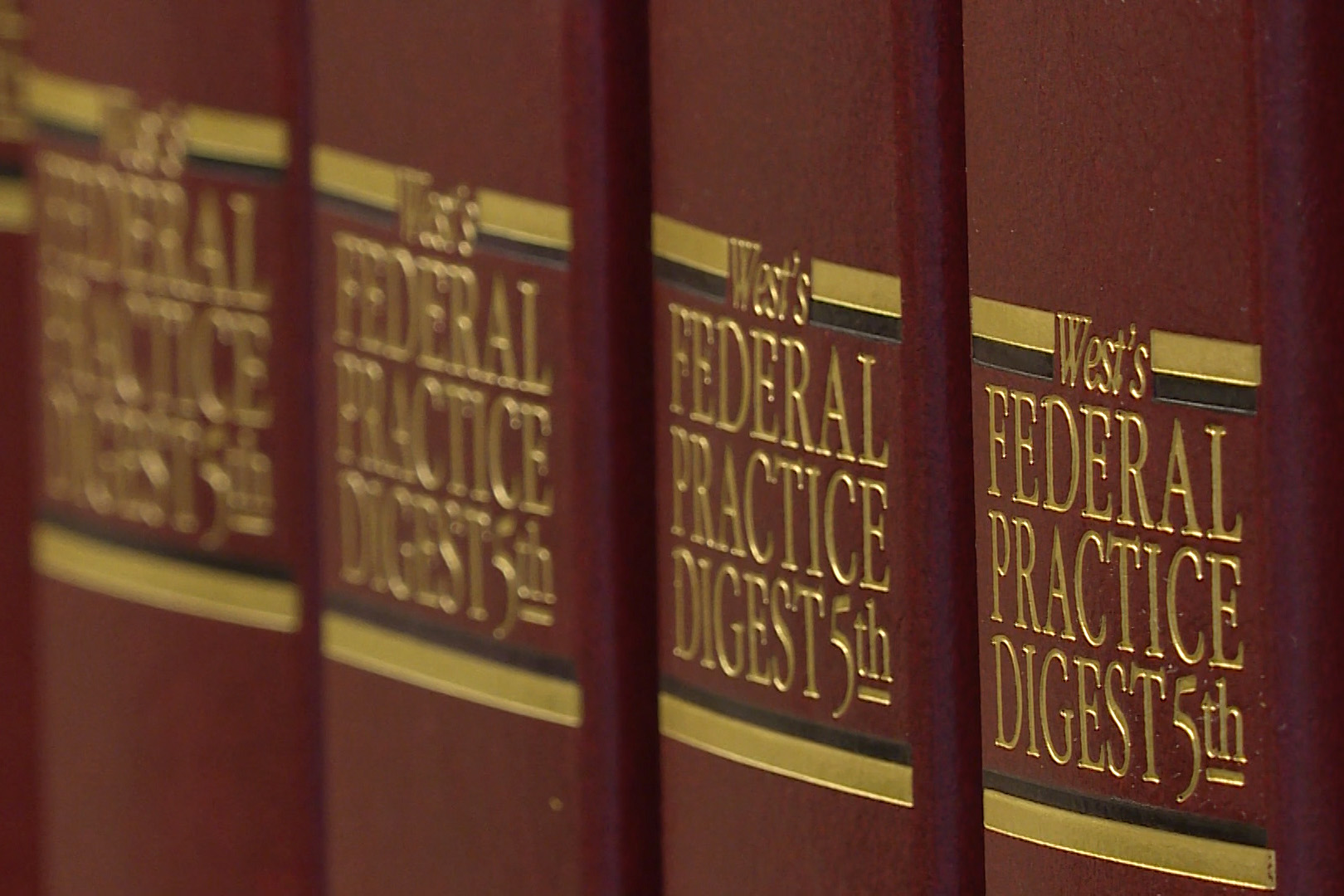 The state is trying to figure out why fewer people are passing Indiana’s bar exam.

The number hit an all-time low last February, when only 51 percent of all takers passed.

The problem isn't confined to one state. Data from the National Conference Of Bar Examiners shows the average overall pass rate on the Multistate Bar Exam dropped from 64 percent in 2014 to 59 percent in 2015. That rate's held relatively steady over the past few years. At the same time, Indiana's passage rate continues to fall.

A study commission is looking into what could be contributing to the problem in Indiana, and whether the state needs to make changes.

Emanuel McMiller has known since 8th grade that he wanted to be a lawyer.

"I wanted to help people," he says.

He attended a pre-law academy for high school, and then ended up at the University of Notre Dame.

"This is my third year of law school, so I graduate in May," McMiller says. "And then after that I’ll be working at firm in Indianapolis."

But, he has to pass Indiana’s bar exam first.

It includes 200 multiple-choice questions, an essay portion, and a performance test.

McMiller says while there's a lot of pressure to pass the test, he's hopeful his years in law school and a bar prep course will help him succeed. But, the possibility of not passing is one that still pops into his head.

McMiller's heard about the slipping bar passage rates across the country. Last year, only 51 percent of overall takers passed the Indiana bar in February. In July, 65 percent passed.

The statistics are different at Notre Dame, where the passage rate increased over the past three years. Only a small portion of students there take the Indiana exam. According to data from the university, nearly 91 percent of students who sat for it last year passed.

But, Assistant Dean of Notre Dame Law School Kevin O'Rear says the slipping passage rates are still cause for concern.

"It is a challenge for educators everywhere," O'Rear says. "We have students who are exceptionally gifted and talented and we advise all of them the bar exam is going to be difficult no matter where you take it."

Notre Dame Law Student Evan Wild says he feels prepared to sit for the exam in July. Like most law students, he will take a prep class on top of his normal coursework.

"I think really it’s a self discipline thing," Wild says. "You just have to work for hours and hours and study when you can."

But some suggest the plummeting scores nationwide are a reflection of students, rather than the exam.

When a significant drop happened in 2014, the president of the National Conference of Bar Examiners sent a letter to law schools across the country that said indicators "point to the fact that the group that sat in July 2014 was less able" than those who took the exam in the previous year.

While Valpo's scores do play a factor in the state's overall passage rate, they're just one of several factors contributing to the trend. The exam itself is in question.

Aviva Orenstein is associate dean of students and academic affairs and the Val Nolan Faculty Fellow at IU’s Maurer School of Law.

She says the bar doesn’t necessarily test what it truly means to be a good lawyer.

"You want a baseline knowledge," Orenstein says. "But really what we teach them in law school is how to think and how to acquire knowledge. It’s not important for your lawyer to have lots of law memorized in her head. It’s important that she have access to it."

Orenstein says law schools teach in a way that is more sophisticated than the bar could test for. IU does offer bar prep courses to students, which can help prepare them for the structure of the exam. And, Orenstein tries to cue students into the types of questions they could face when she's teaching her evidence class.

"Sometimes I'll give an example for a problem to work out and I'll say, 'That was from the Multistate Bar Examination,'" she says.

A 2017 report from the Indiana Bar Examination Task Force, which was a collaboration between the state's bar associations and law schools, points to several potential issues with the current exam.

The state uses what’s called the Multistate Bar Examination, or MBE. The six-hour, multiple-choice portion of the exam tests students on everything from criminal law to torts.

It makes up half of the overall exam score.

Todd Spurgeon is president of the Indiana State Bar Association. He says some other states don’t give the MBE as much weight as Indiana does.

"The multi-state has 14 subjects," Spurgeon says. "In Indiana if you take the Bar exam you have to know those 14 subjects plus more, which are Indiana laws opposite of the multistate tests."

There are some concerns about whether the current bar is having a disparate impact on certain groups who take the exam. The state doesn't have access to much of the data about the MBE because the National Conference of Bar Examiners grades the exam.

Spurgeon says it's important for the legal field to reflect the people it represents, and diversity is crucial.

"It doesn’t need to be easier to practice law in Indiana," he says. "I don’t think we want 100 percent pass rate certainly. But, if there’s a problem with the test and it’s disproportionately affecting certain groups or certain folks, we have to address that."

More than 30 states have already switched to the Uniform Bar Exam, which is more portable. People who take the exam can transfer their score to another UBE state, rather than having to take another exam. But, it doesn't include an Indiana-specific essay portion of the test.

The Indiana Bar Examination Task Force recommended in its report that the state study the UBE, but hold off on adopting the new format.

A special commission will consider whether Indiana should make changes to its bar in the coming months.

The Indiana Supreme Court ordered its creation in response to the unprecedented decline in bar exam passage rates.

"I think the court’s decision indicates a level of seriousness about the protection of the public," says Former Chief Justice Randall Shepard, who chairs the commission. "The reason we have bar admissions processes, the reasons we have both an ethics screen and a competence exam, is to protect citizens who go to lawyers for help."

The court wants the commission to answer at least seven specific questions, including whether it should change the passing score on the exam, the weight of each portion of the test or the content.

"The general objective of the test is to establish what is called minimal competence," Shepherd says. "So, there are pieces of law that are important to segments of the population. One of the questions is do we simply have more than we really need to assure that level of competence?"

The commission has until December to draft its recommendations. It will meet monthly and hear from experts and those working in the legal field to try and better understand potential problems with the exam.

At the same time, the American Bar Association is considering changes to its bar passage standard for accredited law schools.

The ABA House of Delegates will consider a proposal later this month that would require at least 75 percent of a law school's graduates who take the bar to pass within two years of graduation. Schools that don't meet the standard would lose their accredidation.

The current standard is more flexible, and includes an ultimate bar passage rate of 75 percent over the past five years.

The proposal gives the problem an even greater sense of urgency.

McMiller will take the bar long before the state's study commission crafts its recommendations, but he's glad they're taking the slipping passage rates seriously.

After all, the bar is a test he’s been preparing for most of his life.

He’ll take the bar in July.