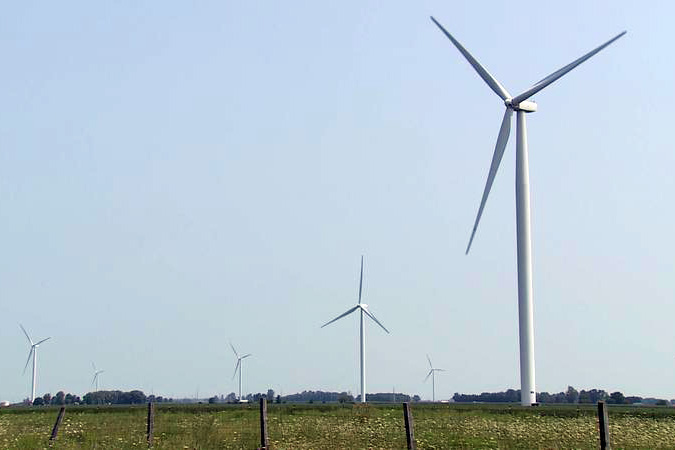 Wind farms can generate millions of dollars in tax revenue for Indiana counties. But according to the Indiana Conservative Alliance for Energy at least 29 Indiana counties have ordinances that significantly limit large wind projects.

A recent study by Purdue University looks at the attitudes of Indiana counties toward wind energy developments.

Last year, wind energy companies paid more than $4 million in property taxes to Benton County and more than $2 million to White County. Purdue agricultural economics professor Russell Hillberry said that revenue allowed both counties to cut taxes for some of their residents.

“I think it's interesting to see in this county where the turbines are more accepted, the one way that they've managed this is to kind of target the tax relief in those areas that are closest to the turbines," he said.

Sallie Fahey is the executive director of the county’s area planning commission. She said Tippecanoe County isn’t against renewable energy — but it’s one of the fastest growing areas of the state and not appropriate for these new, taller wind turbines.

“That's like a 50-story building. We don't have anything higher than 13 stories in Tippecanoe County," Fahey said.

Among other things, the study recommends wind energy companies do more to educate the public about the benefits of wind projects and involve communities in the planning process. Jeff Danielson, who directs the central states region for the American Wind Energy Association, agrees.

He said groups that promote the benefits of wind power overall have been effective in other states.

“Try to help provide the broader picture — not only in support of whatever that development project is, but also the overall conversation in Indiana," Danielson said.

Hillberry said the research he’s seen so far shows wind farms have little effect on property values. Fahey said she would have liked to see more information in the study addressing other common concerns about wind farms — like noise and waste after turbines are decommissioned.