Payday Lending Has Drained Hundreds Of Millions From Most Vulnerable Hoosiers 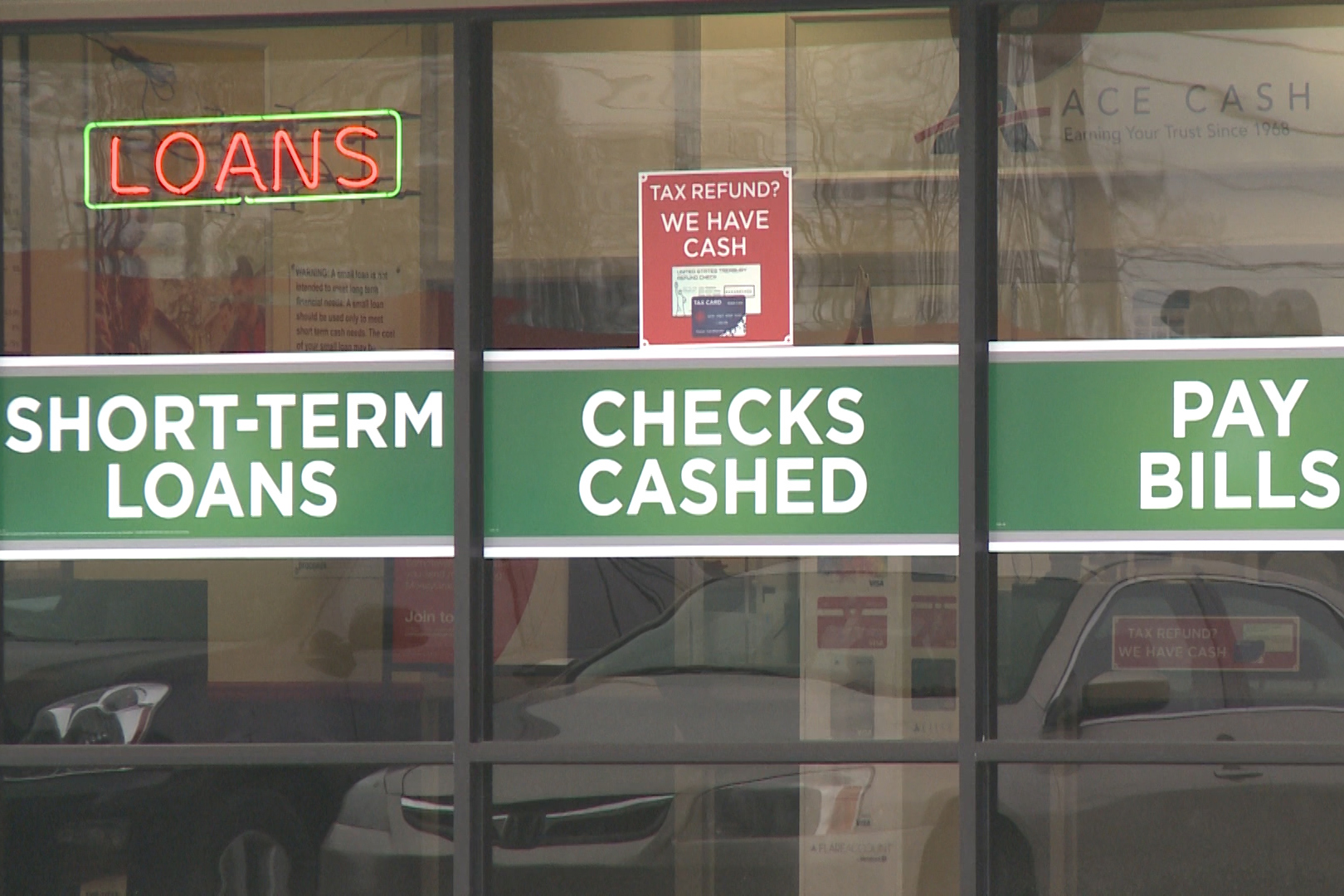 Ever since a friend showed Steven Bramer how to get the most help of the veteran’s affairs administration, he has been returning the favor by helping other vets.

“I don't know hundreds, maybe thousands, it's a lot. It's amazing how many veterans are out there,” Bramer says.

After returning from Iraq, it took a long time for Bramer to get back on his feet. He says spending the past few years dedicating himself to helping veterans has been part of that process.

“What I do is I just guide them through the process," he says. "So I help homeless veterans. I take them to their appointments sometimes whatever I can do to help."

Then a custody battle put him at the mercy of another tough to navigate system costing him almost $30,000 over three years to retain a lawyer. So to keep his lawyer, Bramer says he got a small payday loan.

“I was thinking at the time, 'I can do that' you know, I will get the lawyer then I'll pay that and it will be fine,” Bramer says. “Then the next month comes and you realize, 'Ah, I'm 2000 short now, and I only get 3,800,' that's where it kind of kicked in you know, you realize that wasn't a very good option.”

It’s an option thousands of often the most vulnerable Hoosiers have turned to, according to Jessica Fraser, Director of the Indiana Institute for Working Families.

“They are going to go into these stores and take out what might seem at the time to be something that's going to help them bridge a gap, but what's going to put them into a cycle of debt that's going to continue to charge them this high cost rate of 391 percent that they can't afford,” Fraser says.

While payday loans don’t have traditional finance rates, fees add up quickly and those can top out at the equivalent of a 391 percent APR. Indiana has a loansharking law that caps percentage rates and fees at the equivalent of 72 percent, but payday lenders got an exemption from state lawmakers back in 2002.

“When you're putting in statute you're putting in the number that maybe sounds higher than it actually is in the finance companies, banks, and credit unions, whatever. Most of them lend significantly below that,” he says.

And even if those loans don’t always go as high as 391 percent, Fraser says the payday lending business has been good.

She says that’s a cycle of debt that is tough to escape, but extremely lucrative for payday lenders.

“What we found statewide is it's over $300 million in fees have gone to payday lenders from Hoosier households and communities,” Fraser says.

That $300 million is from just the last five years, and all that money comes from Hoosiers making less than $20,000 a year.

And Bramer says while the charges for the loans he took out are too high, it’s not the lenders he blames.

"The payday loans places are going to try to get as much as they can, that's just how business is,” he says. “But it’s up to the lawmakers to regulate it for them. For us, to protect us."

But Zay says aggressively curbing interest rates will leave many in the state with no place to go.

“If you restrict it down to a level where these banks finance institutions can't compete in these neighborhoods, they will move out and then people simply won't have access to any credit,” he says. “And you know that it's getting down to hurting the poorest of the poor.”

That’s something Bramer and Zay agree on.

“Last year I was listening to what some of the senators said, and they said, there's people that need this, and I agree with them that people do need this,” Bramer says. “But not to put them in a worse position.”

Bramer says he thinks the lenders can still make massive profits without trapping people in endless cycles of debt, but he says it’s up to state lawmakers to make that happen.